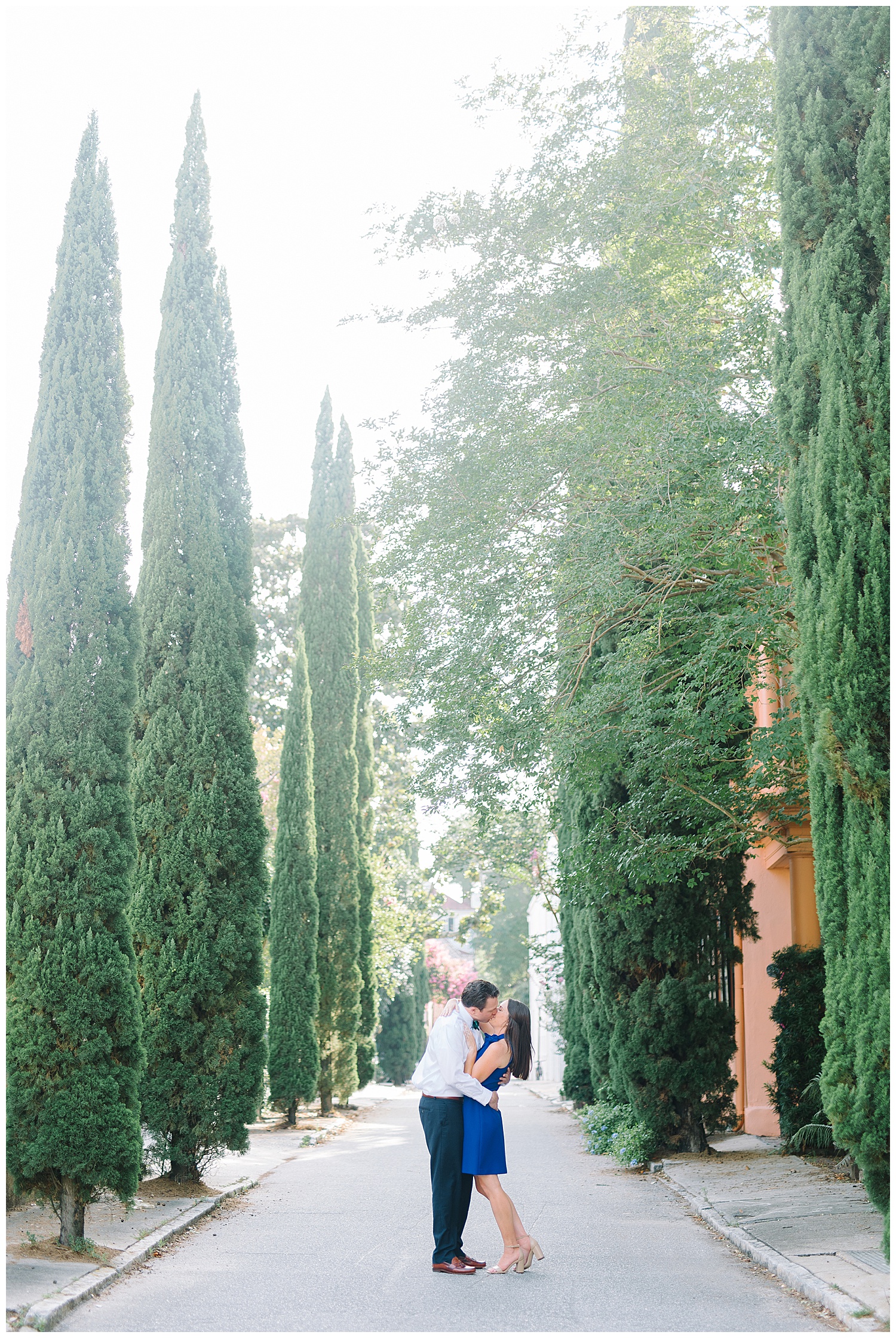 Kelly and Wil met in an elementary school in 2013 … not while they were attending, of course, but while they were both teaching in Cleveland, Mississippi, for Teach for America Corps. Every Friday night, Wil made a habit of asking Kelly out for happy hour at their local bar, Hey Joe’s. With a few Friday dates under their belt, the two soon realized that they were meant to be more than just friends. Five years in the making, they sat down for their favorite appetizer, the cheesy cauliflower dip at High Thyme on Sullivan’s Island (literally making a reservation as we type), just as they did every Wednesday night. When the waiter came around to drop off their dish, sitting on the plate was an engagement ring instead of a bowl of piping hot dip. And the “waiter,” was actually one of their close friends who was in on the ruse. Why Charleston for this sweet couple? Well, we asked Kelly and Wil and apparently, they both have family ties here, and they just the Holy City because it’s their favorite city in the world. (And we may be biased, but it is definitely ours, too.) Their wedding is set for early spring at the fame Middleton Place, but in the meantime, they set on taking their engagement photos on the peninsula. Since their Big Day venue will encompass a garden-y backdrop, a cityscape photo shoot offered a change of pace. If you’re looking to have your own photo shoot during mid-summer in Charleston, Kelly advises you to stay hydrated and think cool thoughts. We’ll be repeating that mantra as the August heat starts to creep in! 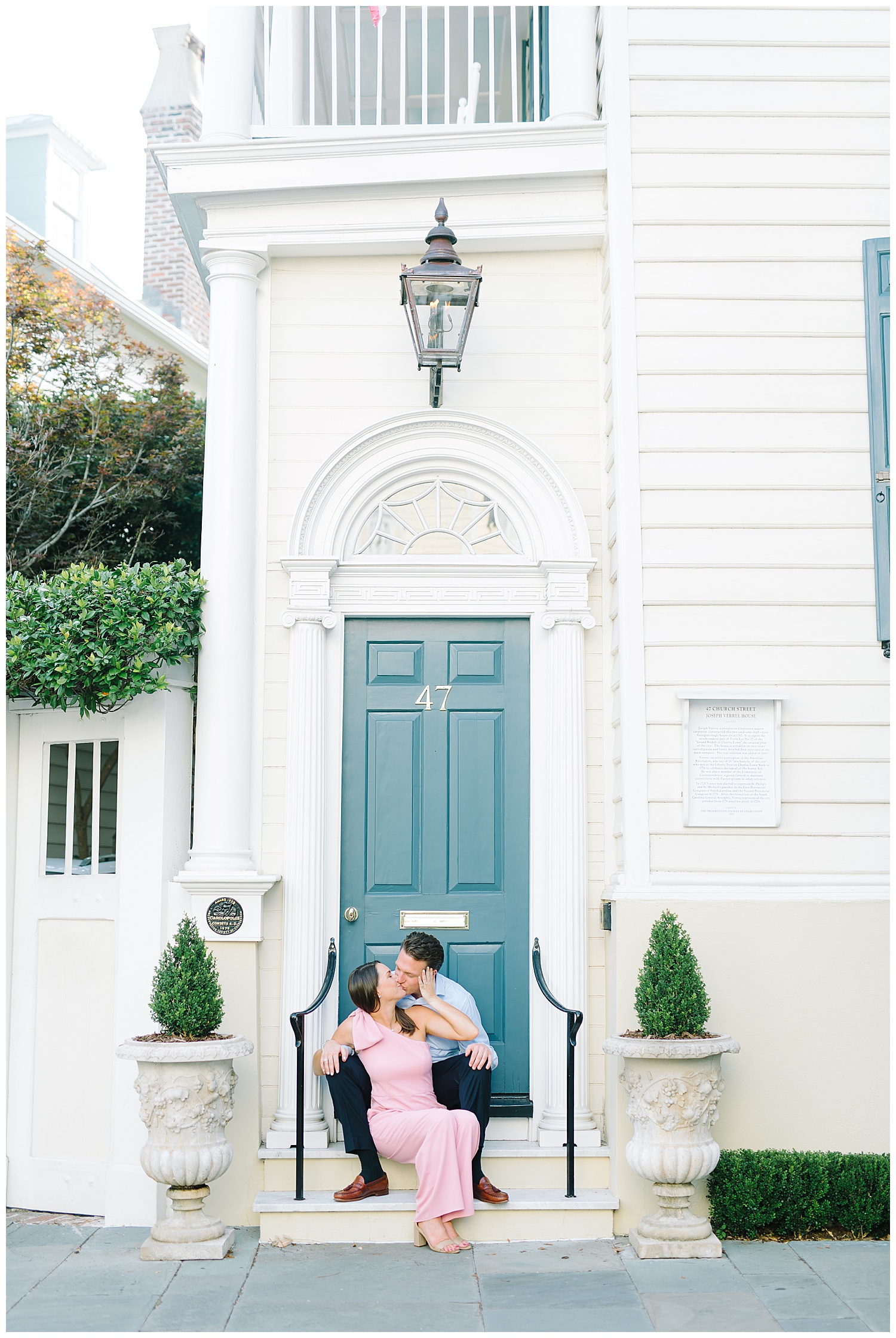 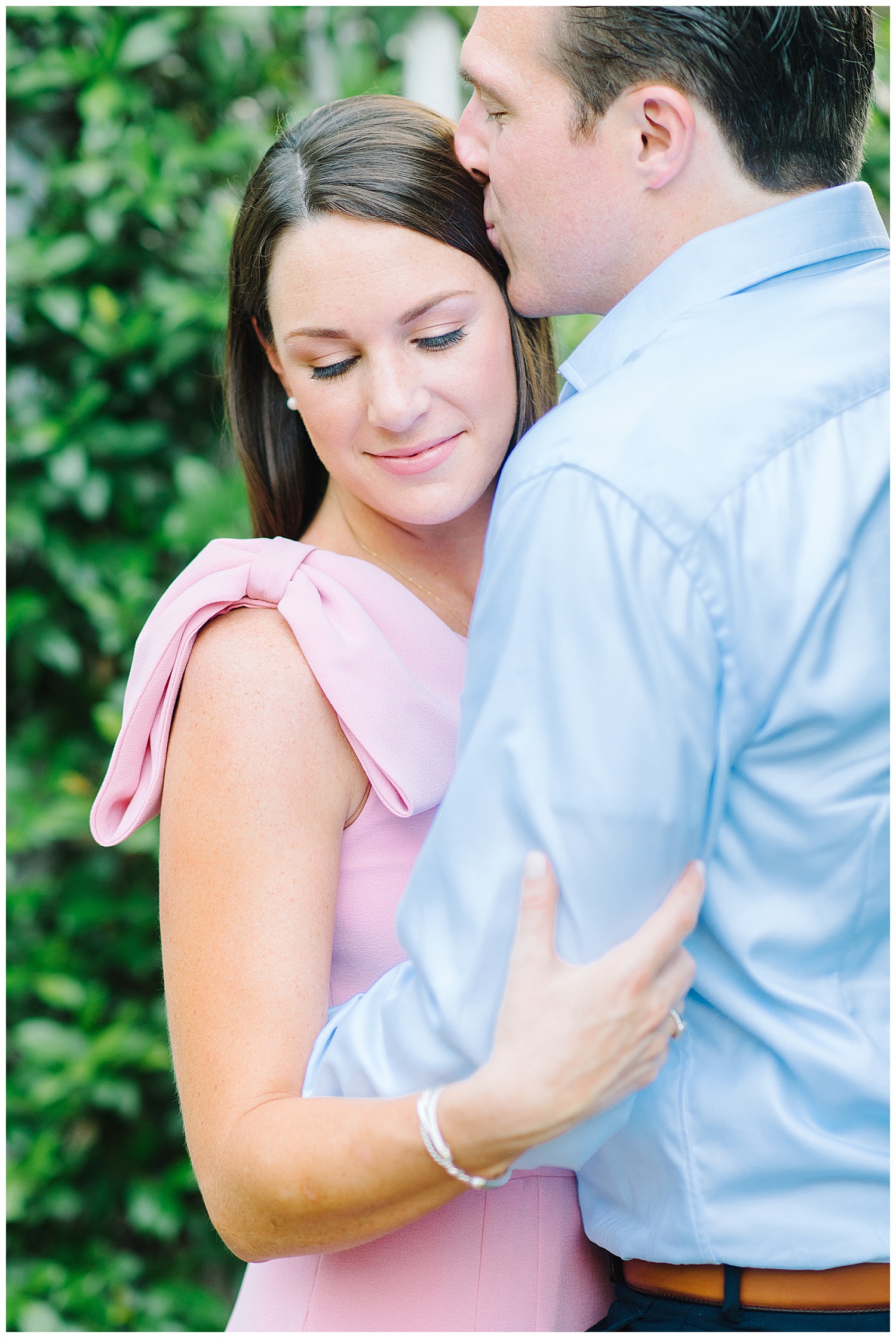 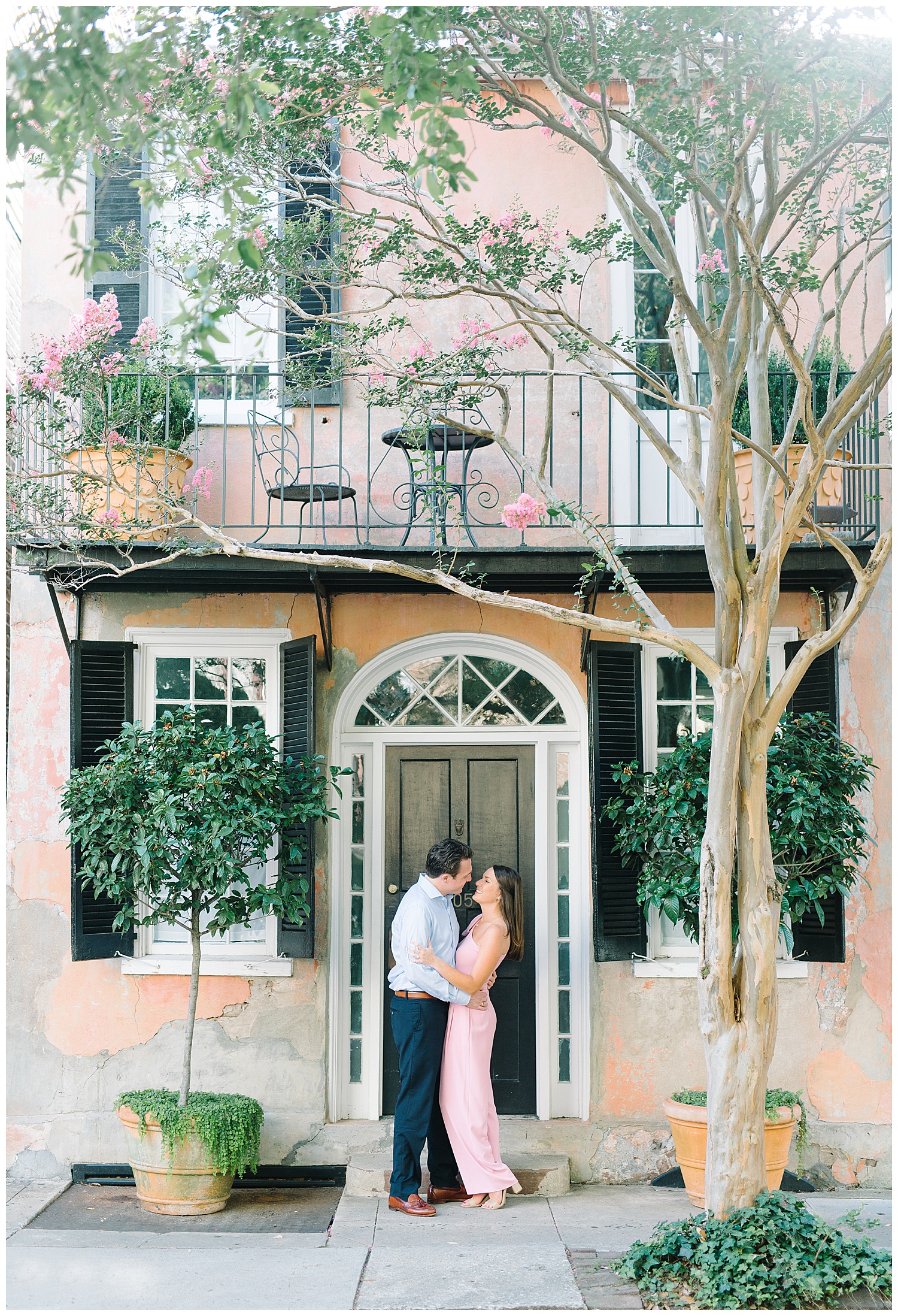 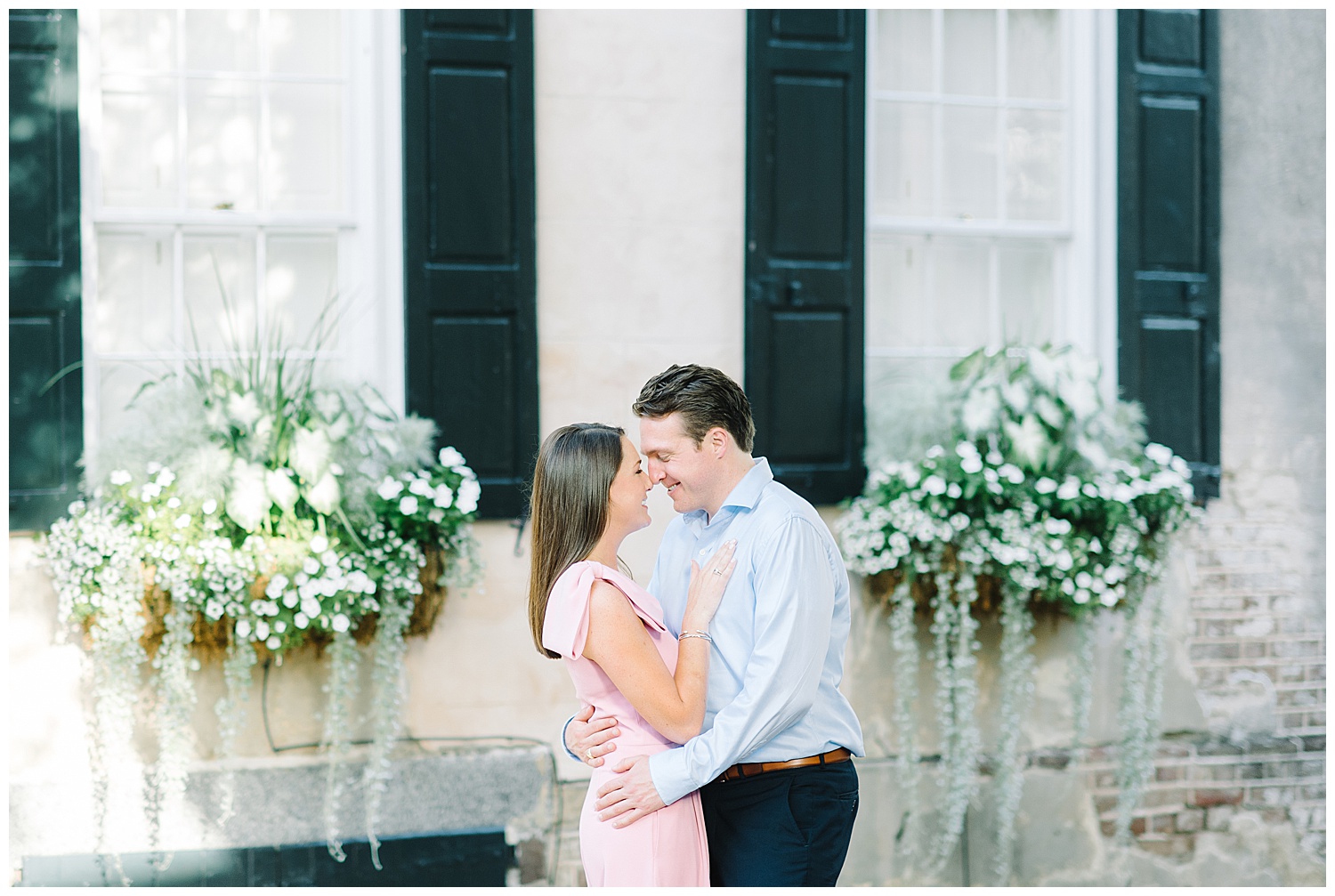 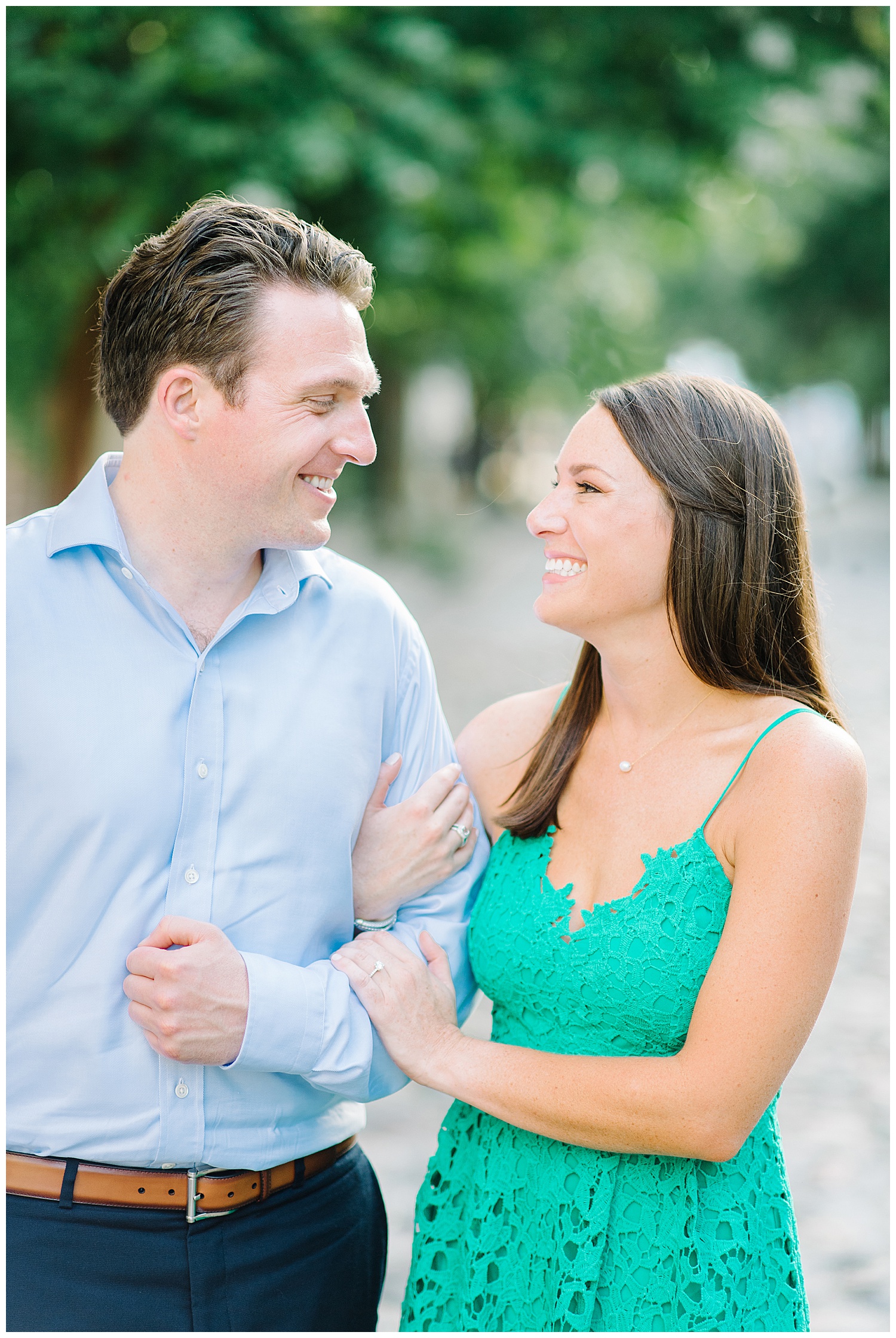 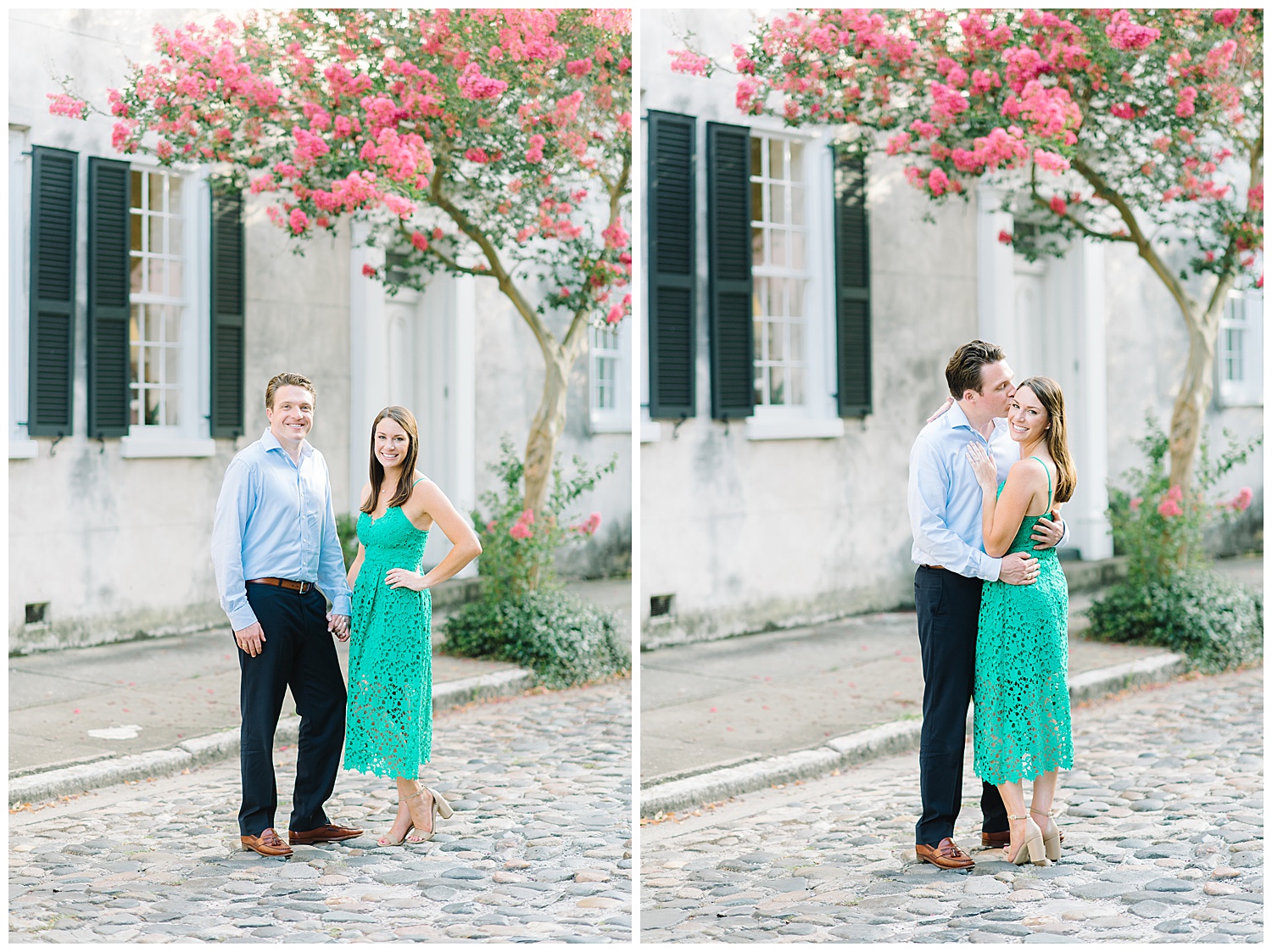 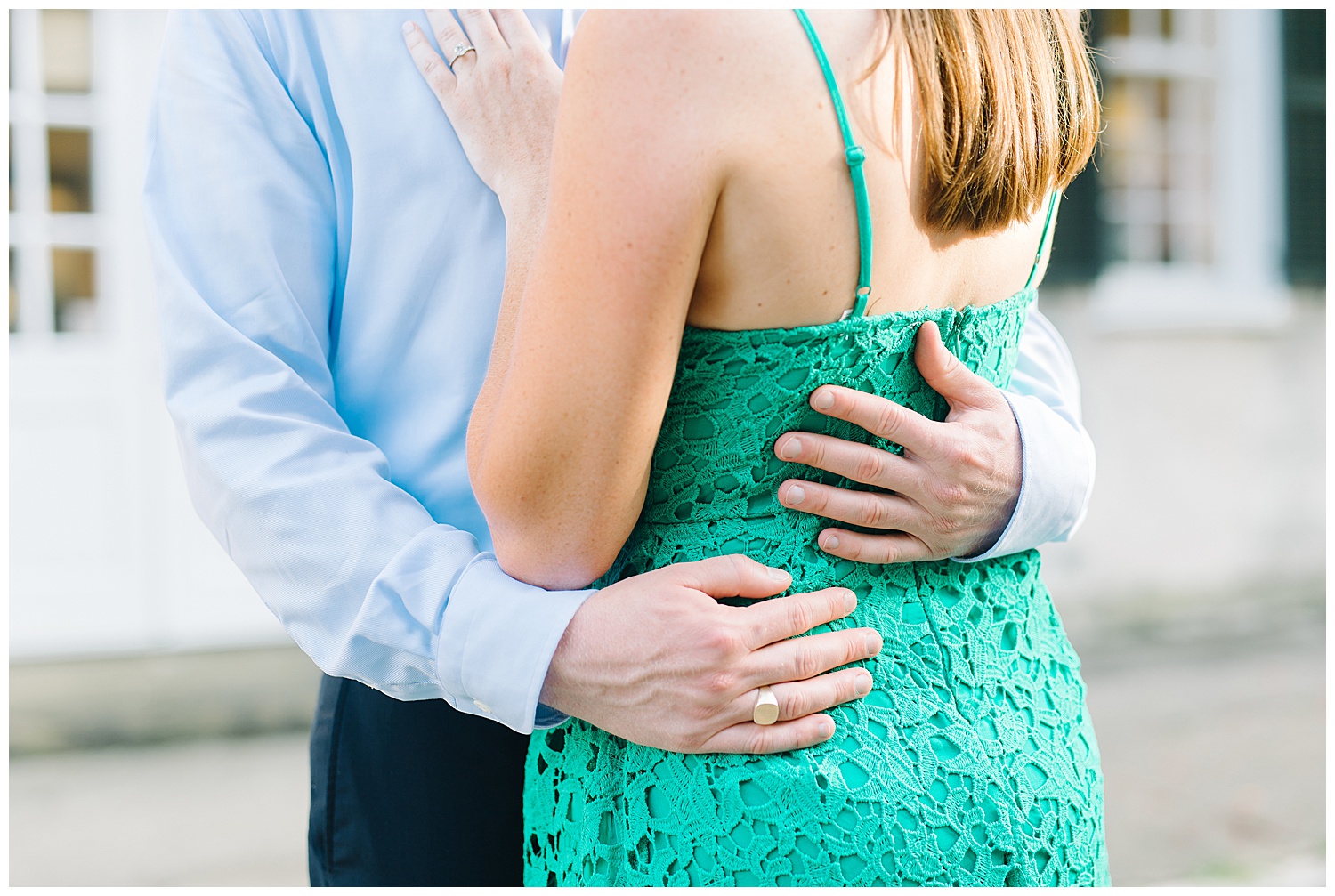 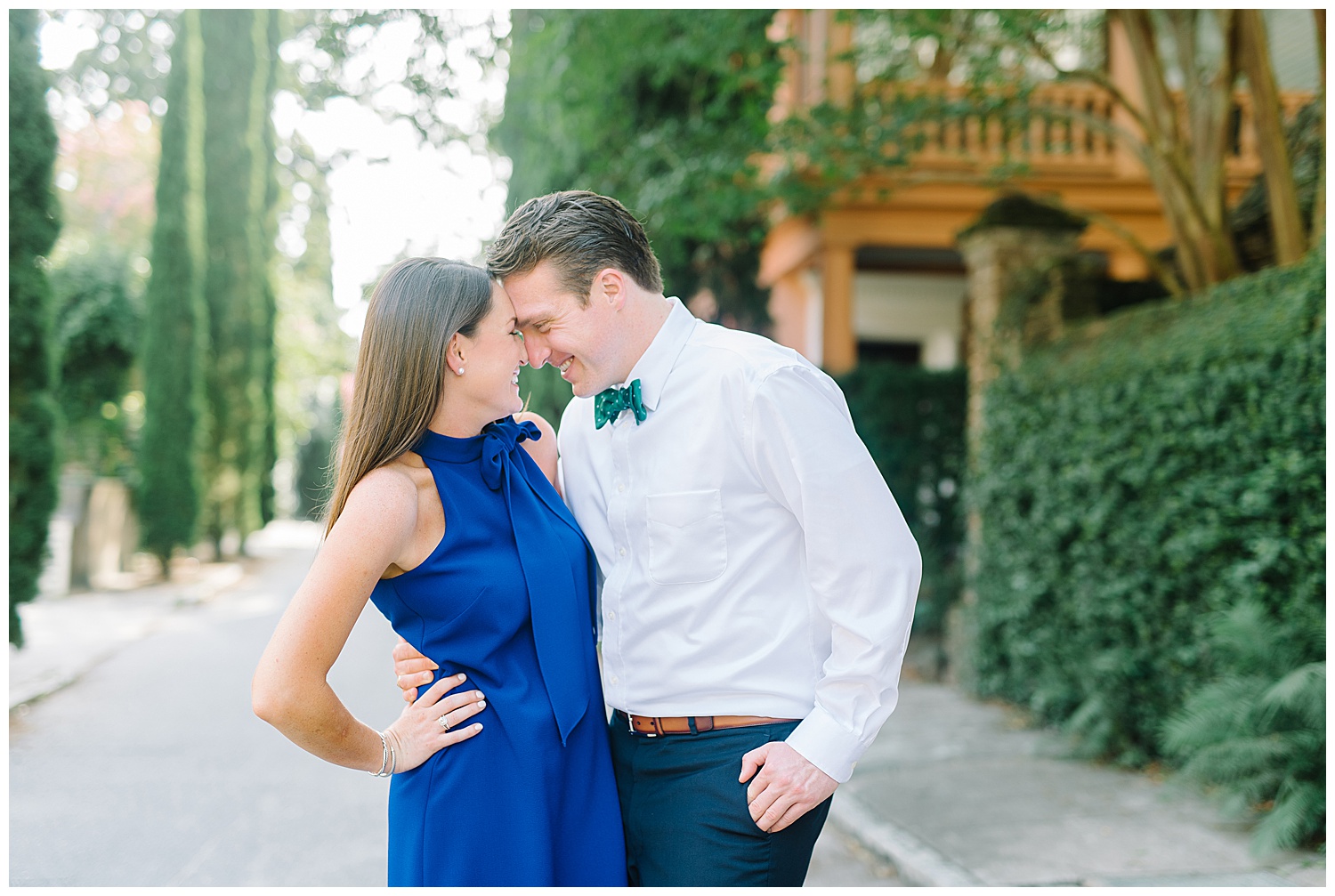 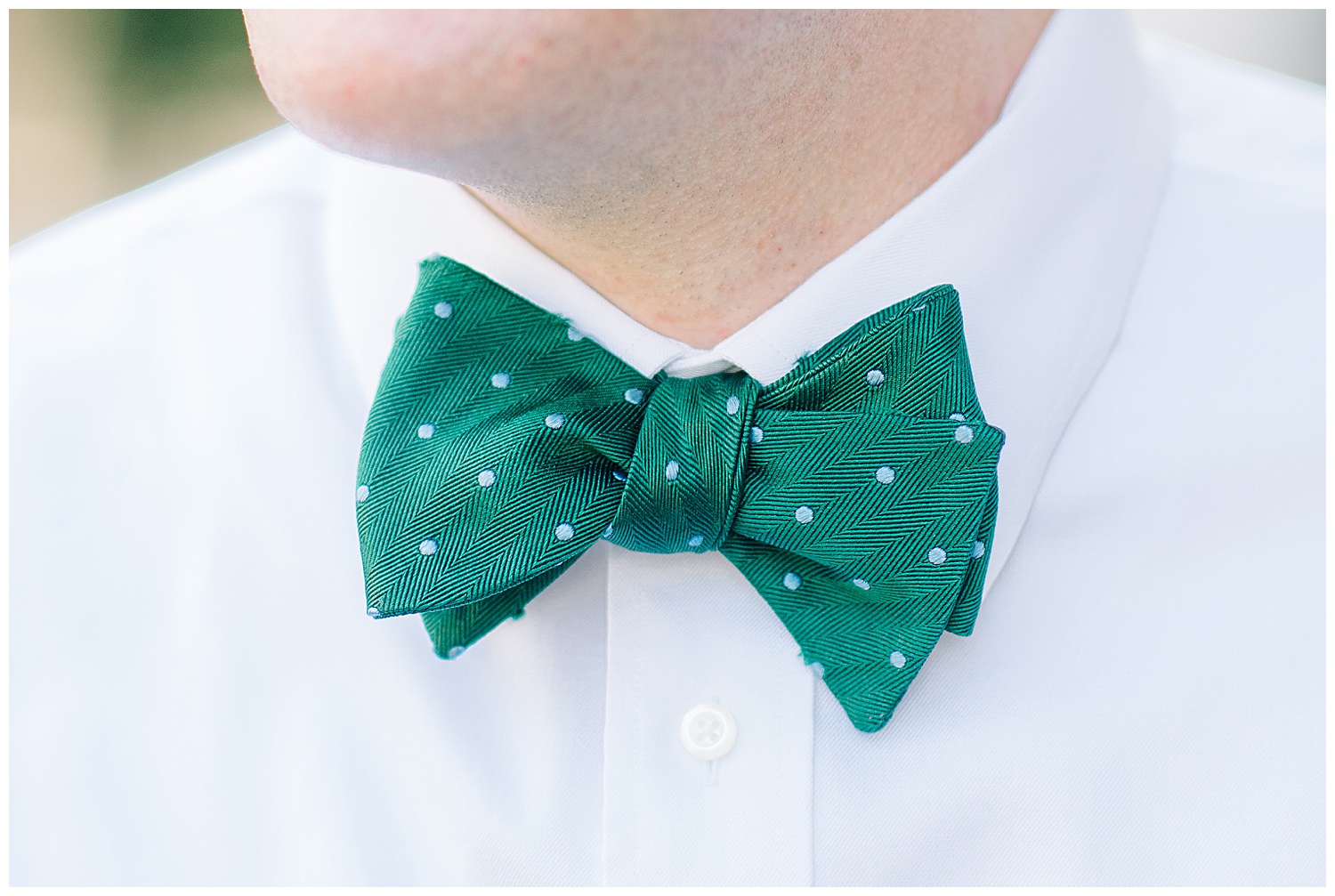 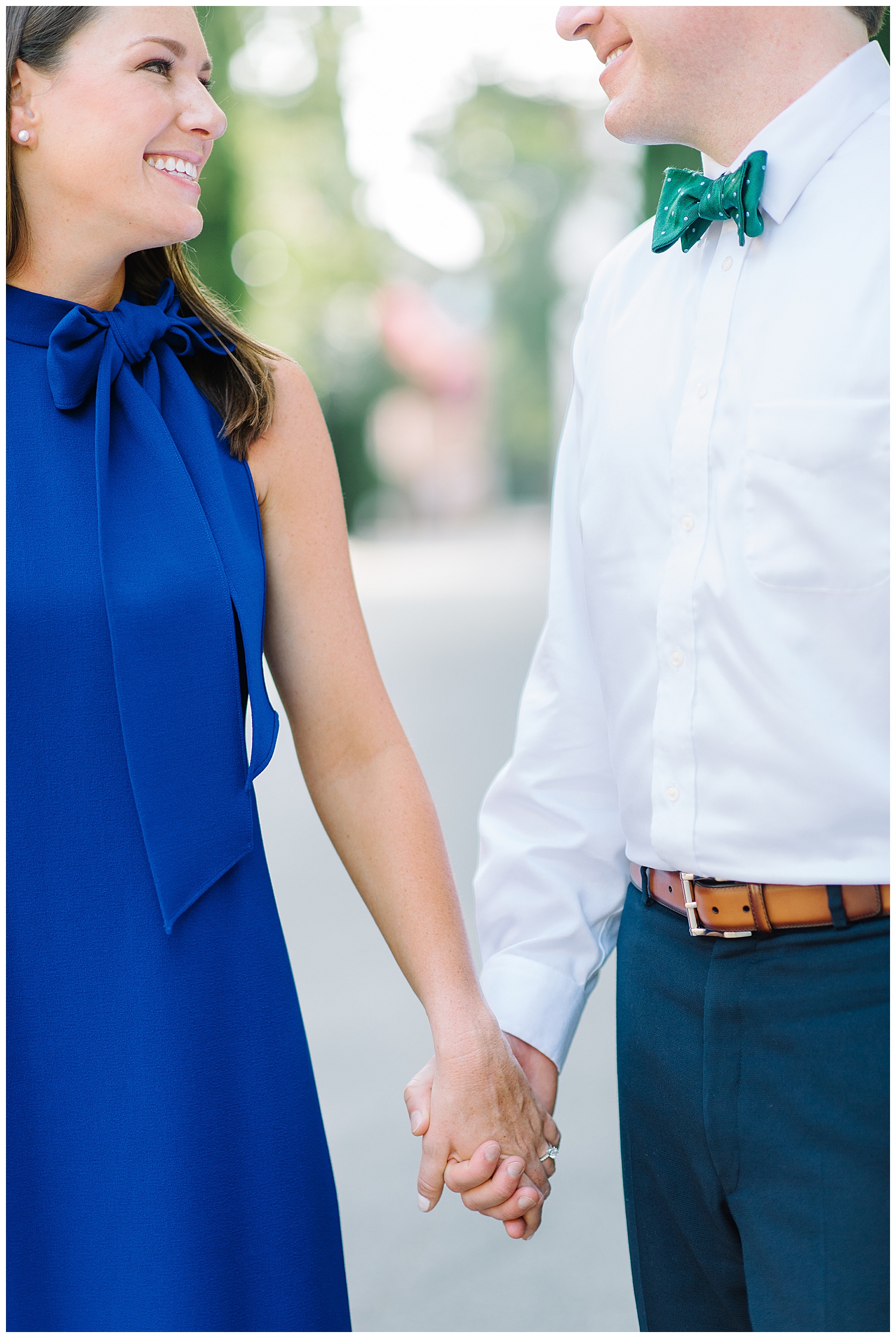 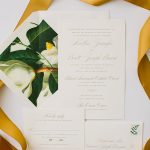 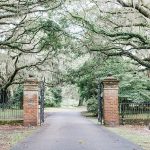 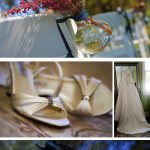 Engagement, waterside wedding, Charleston wedding, proposal, marriage, just engaged
Welcome to The Wedding Row… Charleston’s ultimate resource for the most elegant and innovative weddings, along with all the posh details.