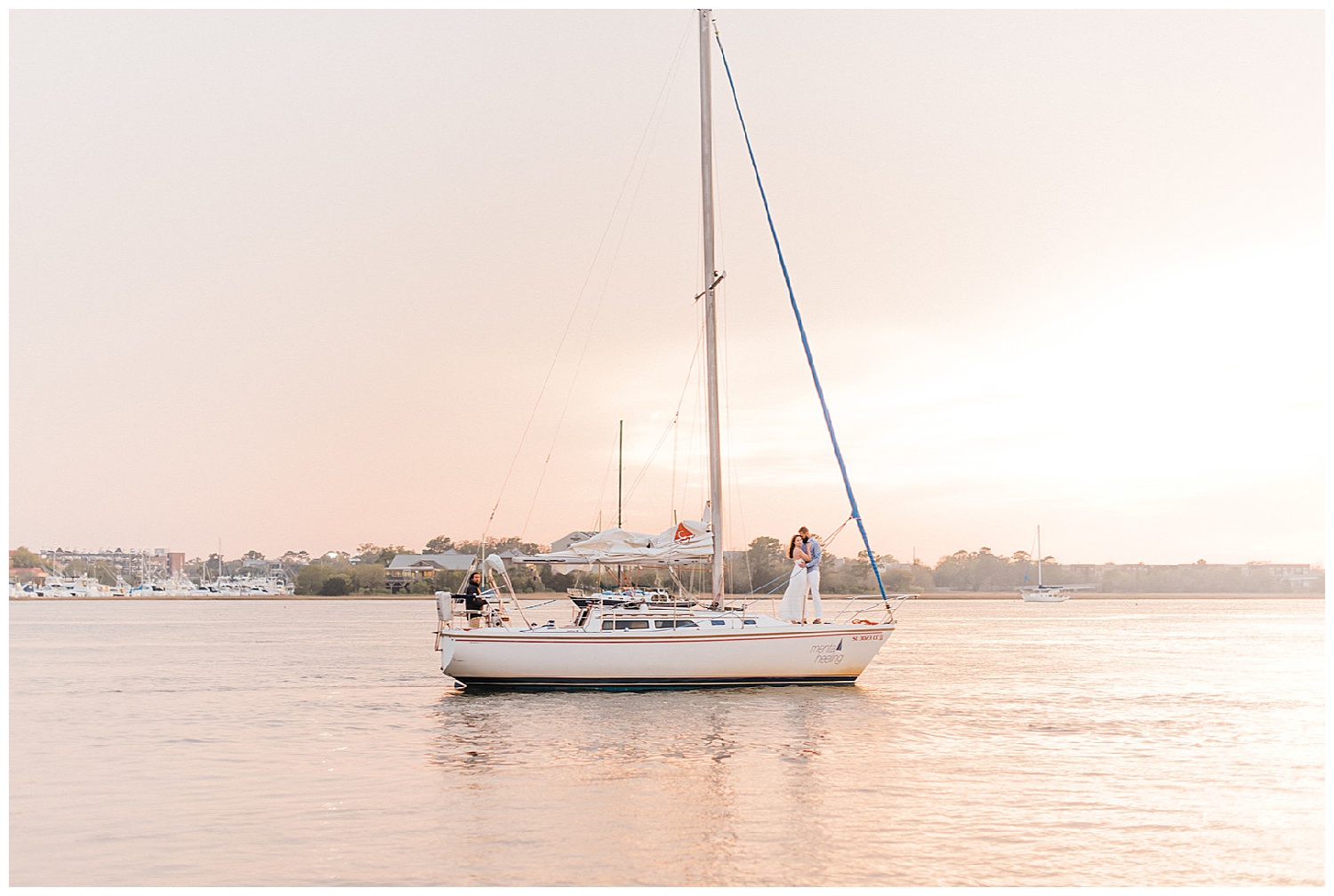 Dockside just happens to be our best side and it seems to be Franzi and Martin’s, too. The duo, who both hail from Germany, flew all the way to our beloved Charleston just to document their love for one another in these engagement photos. OK, that’a actually an exaggeration but it doesn’t seem to be the most farfetched idea seeing that we are one of the top travel destinations in the world. Just sayin’. The pair do have an interesting story to share though. They first met six years ago in Germany when Martin moved in with a friend of Franzi’s while attending college. (Franzi shares it is more than common in Germany to share apartments so as to reduce rent.) They were in the friend zone for the first two years of knowing each other and then their friendship blossomed into something more in 2015. Within two months, Martin was offered a dream job in Charleston and the smitten twosome realized that for Franzi to be able to come along with her beau, they had to be legally married. So, after deciding that is just what they should do, the two eloped on New Year’s Eve. Shortly thereafter, the newlyweds moved to the United States and although they are technically married already, Franzi says “It’s still like being engaged since he promised me to still pop the question one day in a traditional way and also because we are yet to have our big wedding, which will happen when we move back to Germany. Back then I was a little overwhelmed with everything going so fast but today I know it was the best decision I could have made in my life.” Now, that’s a story to tell their future kids one day. Enjoy these waterside photos as they are some of the prettiest we’ve ever laid eyes on. 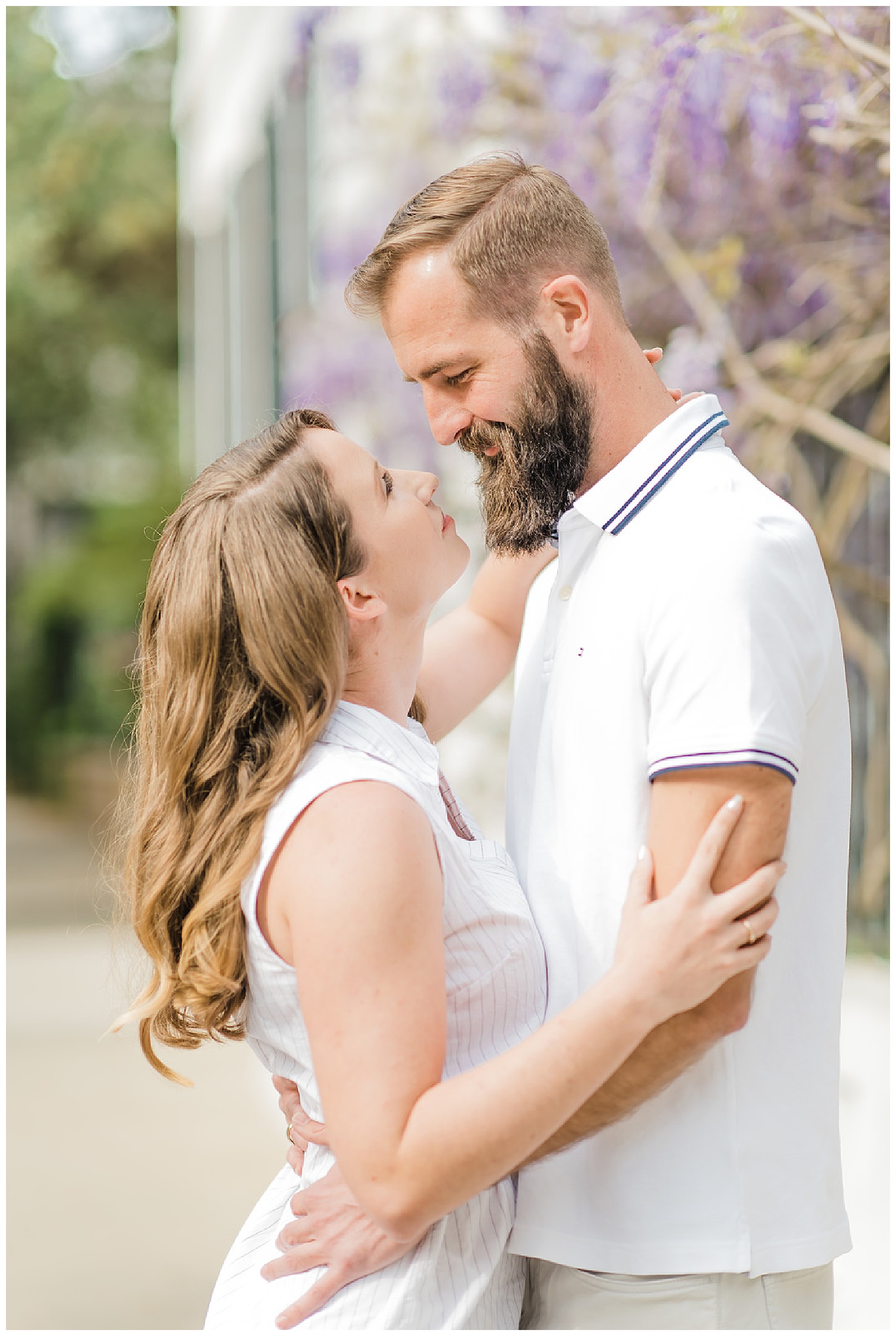 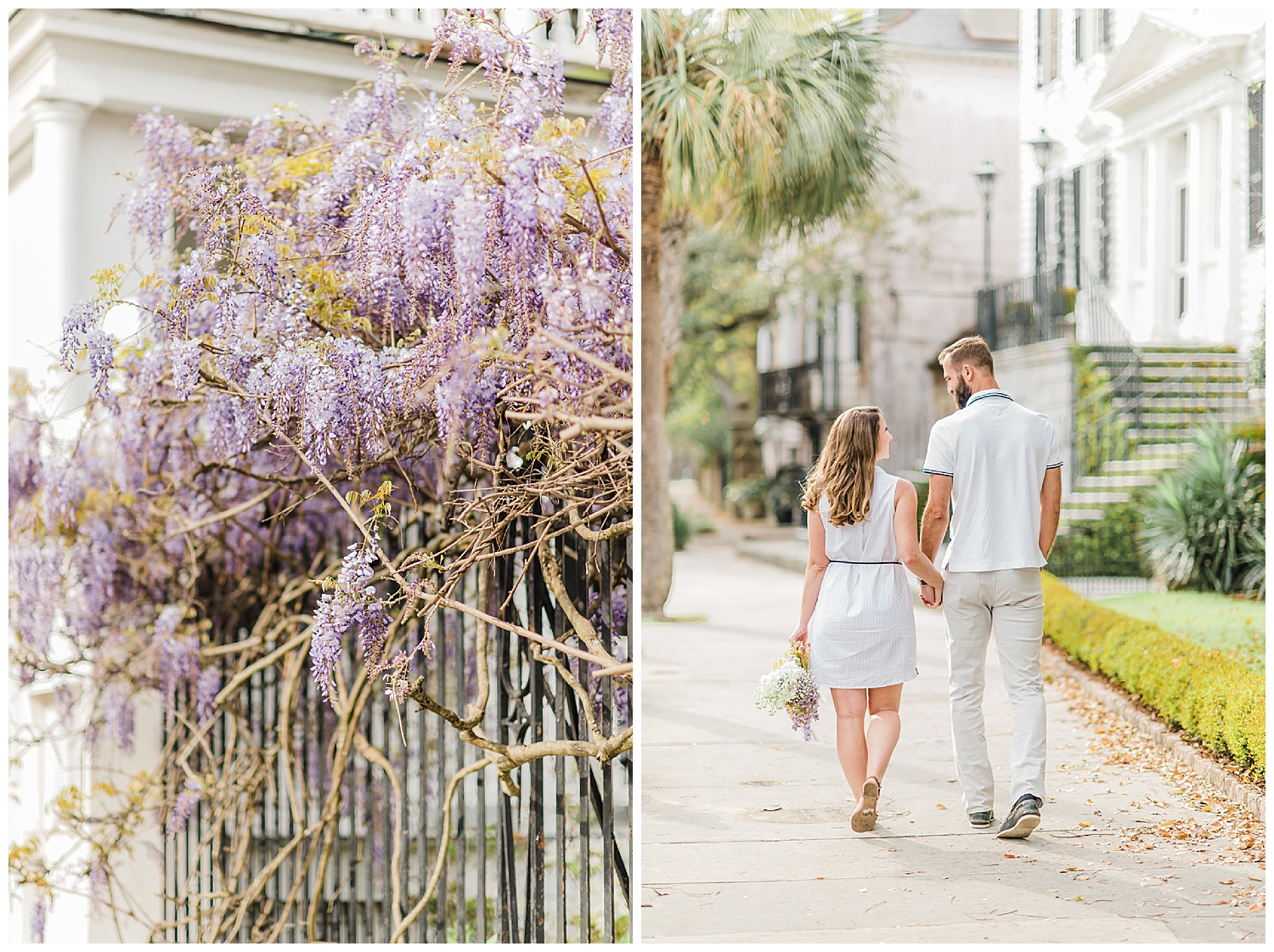 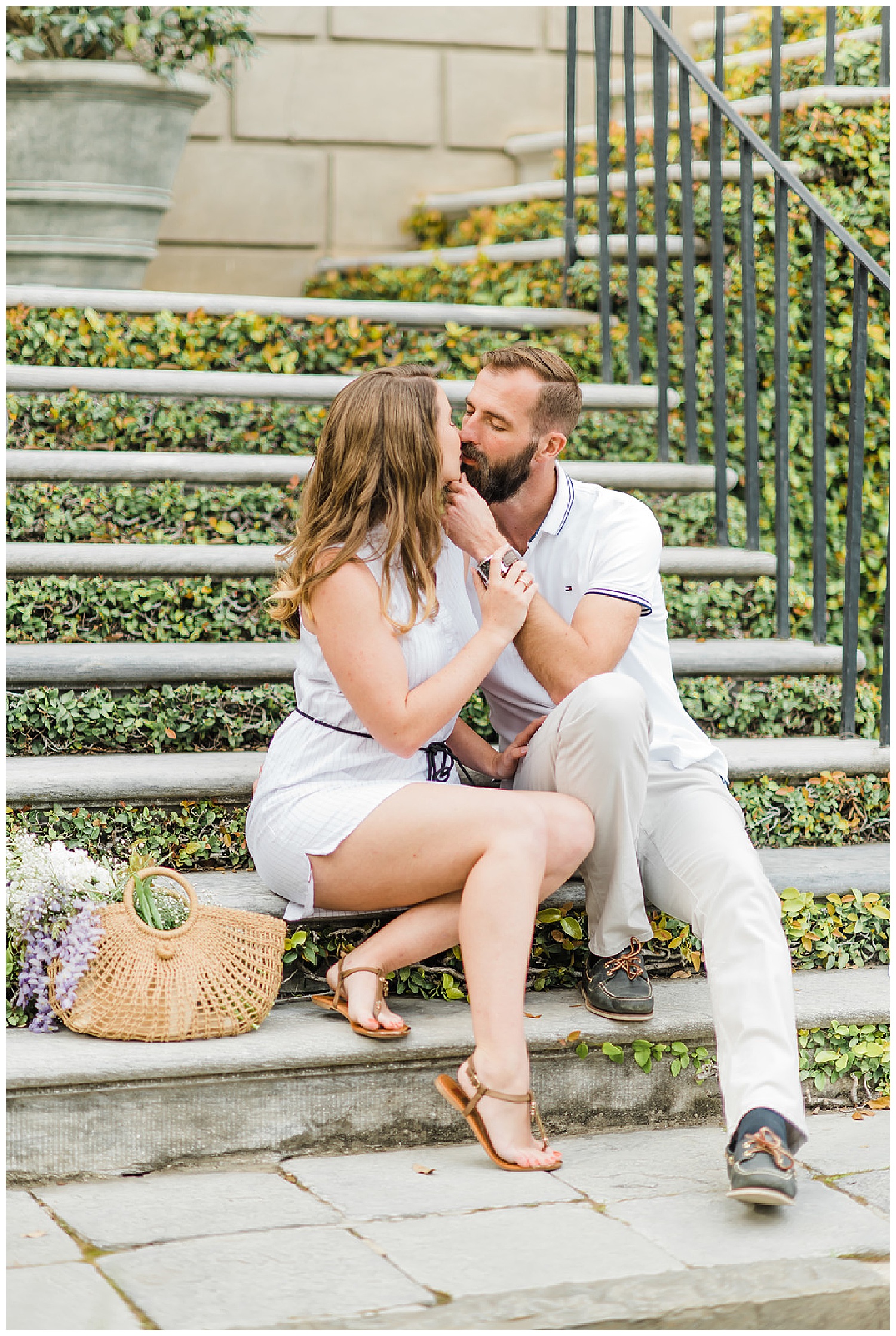 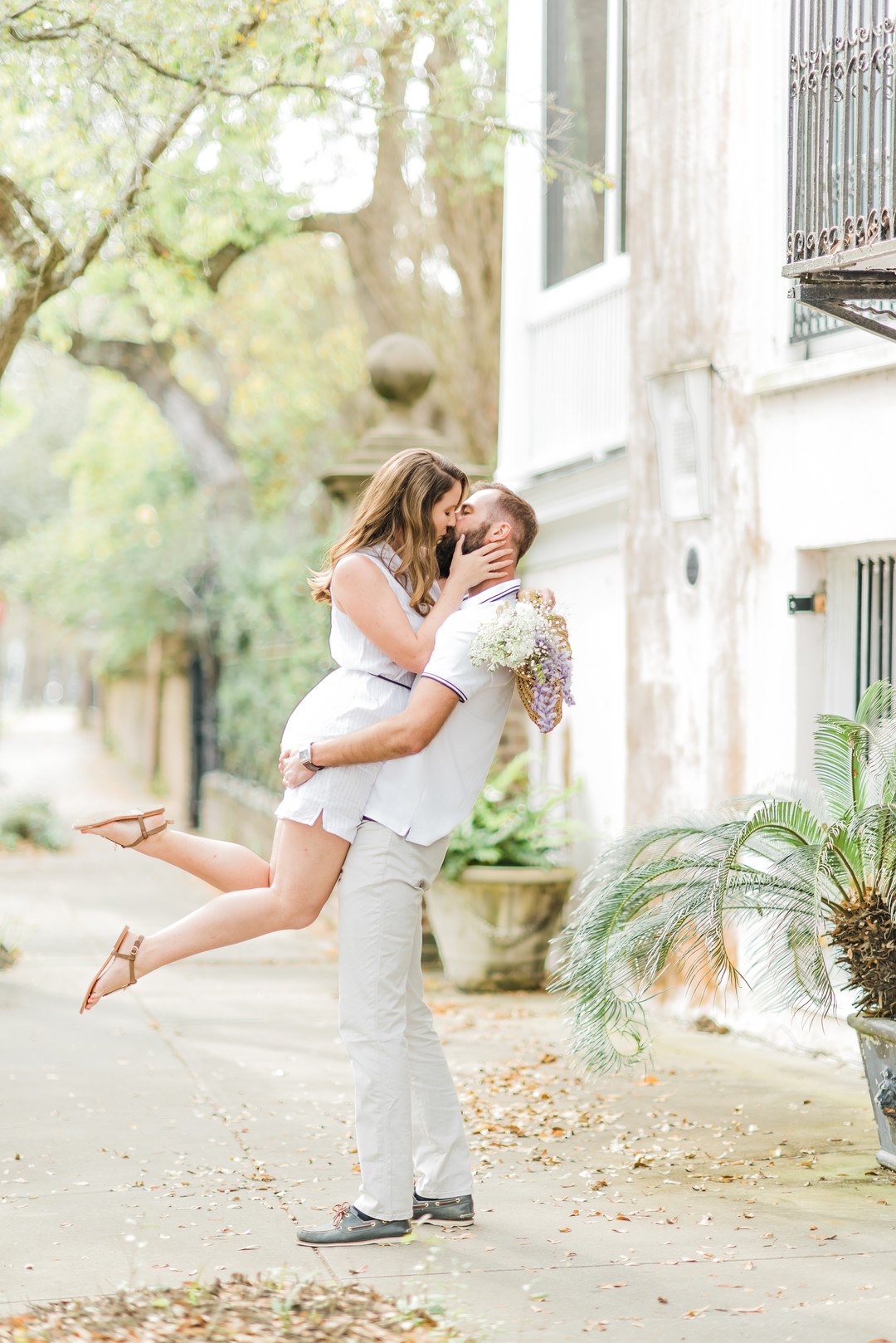 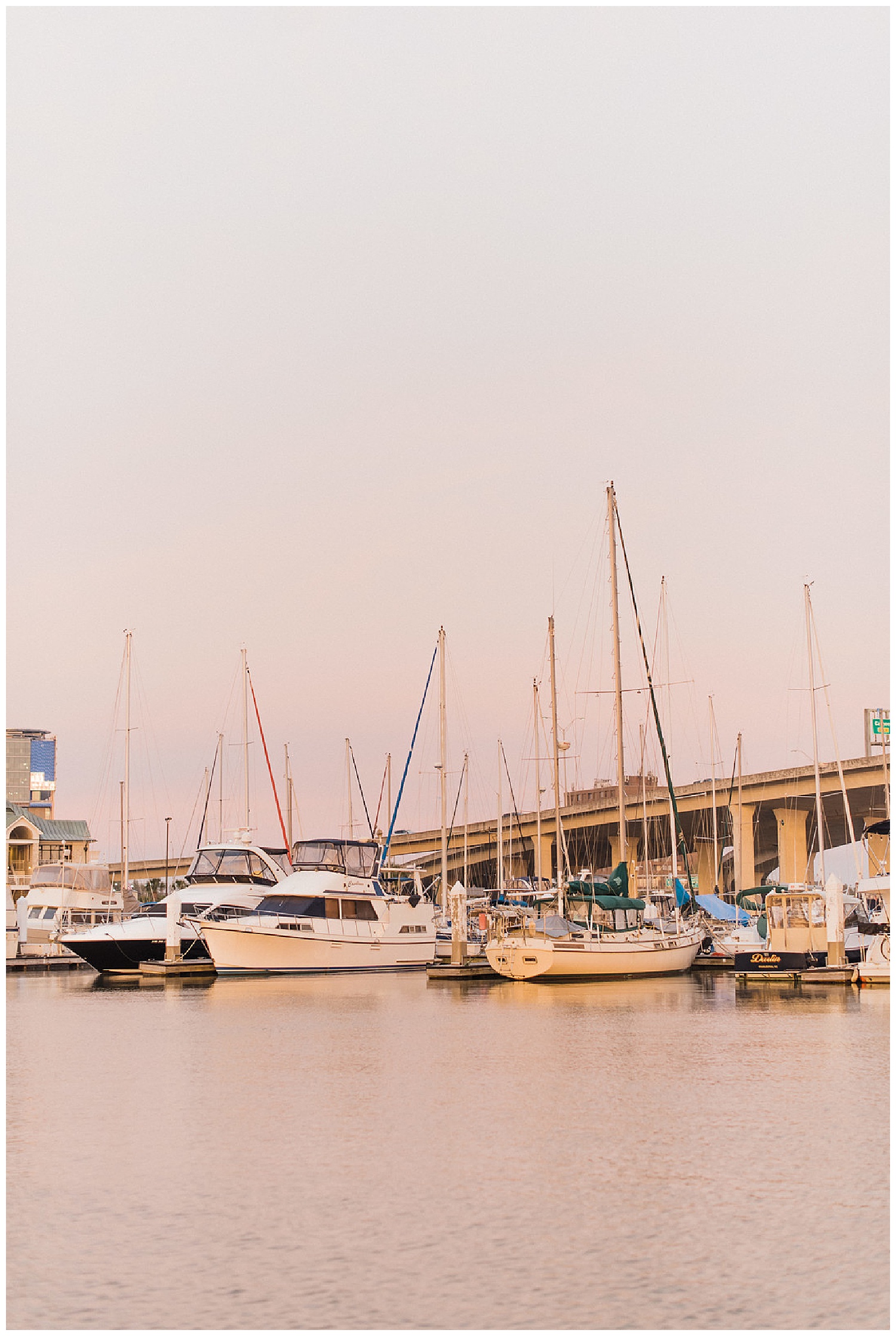 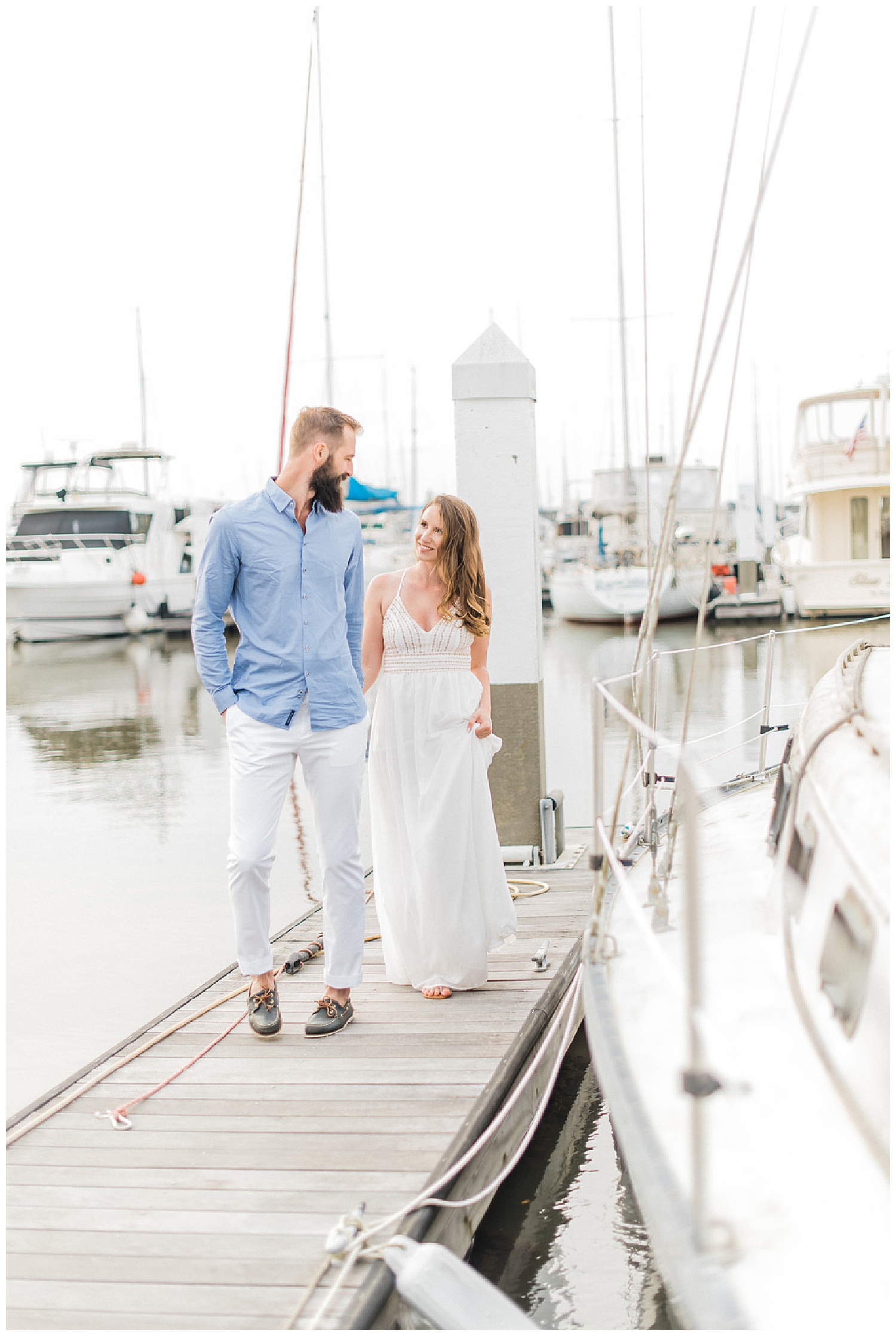 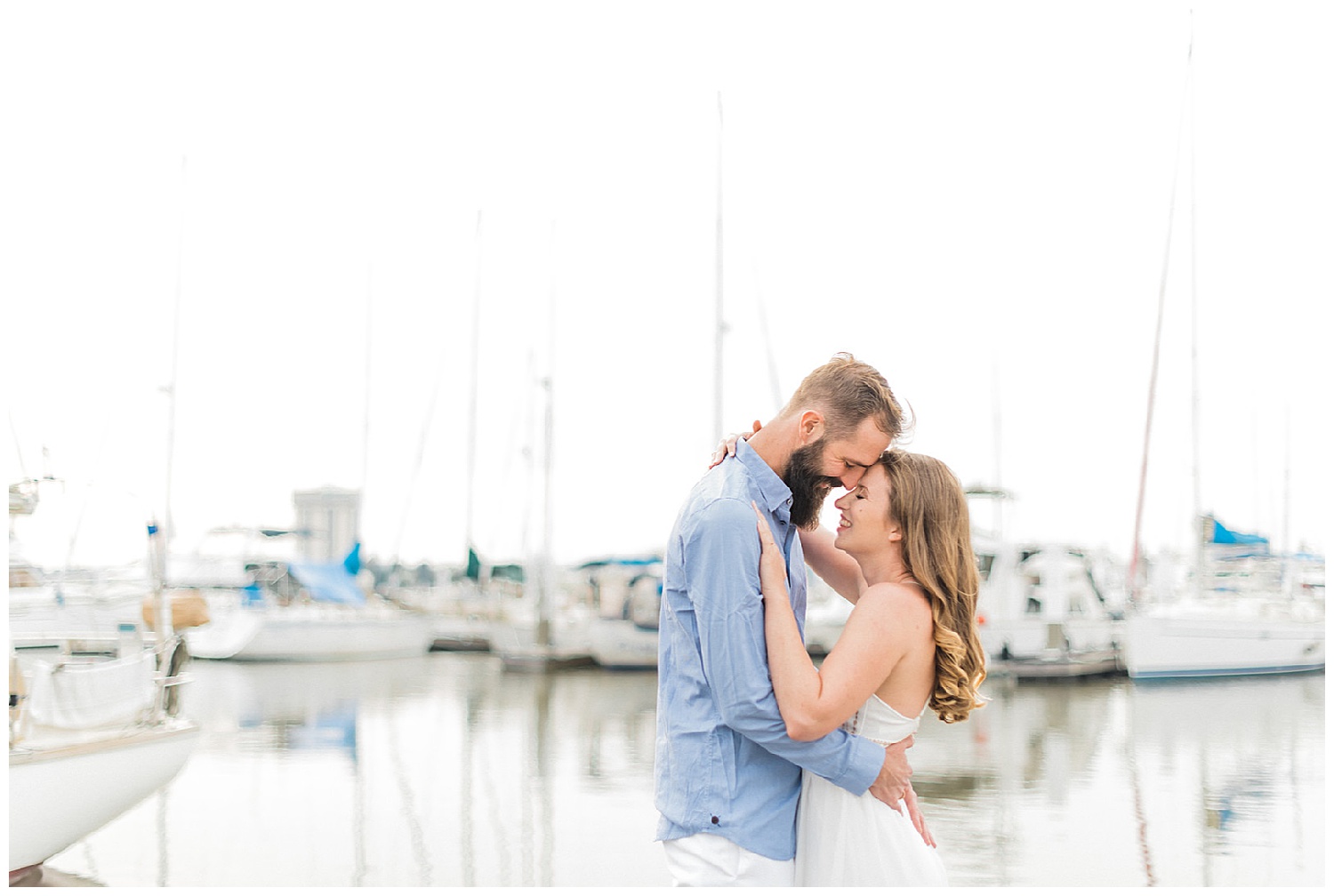 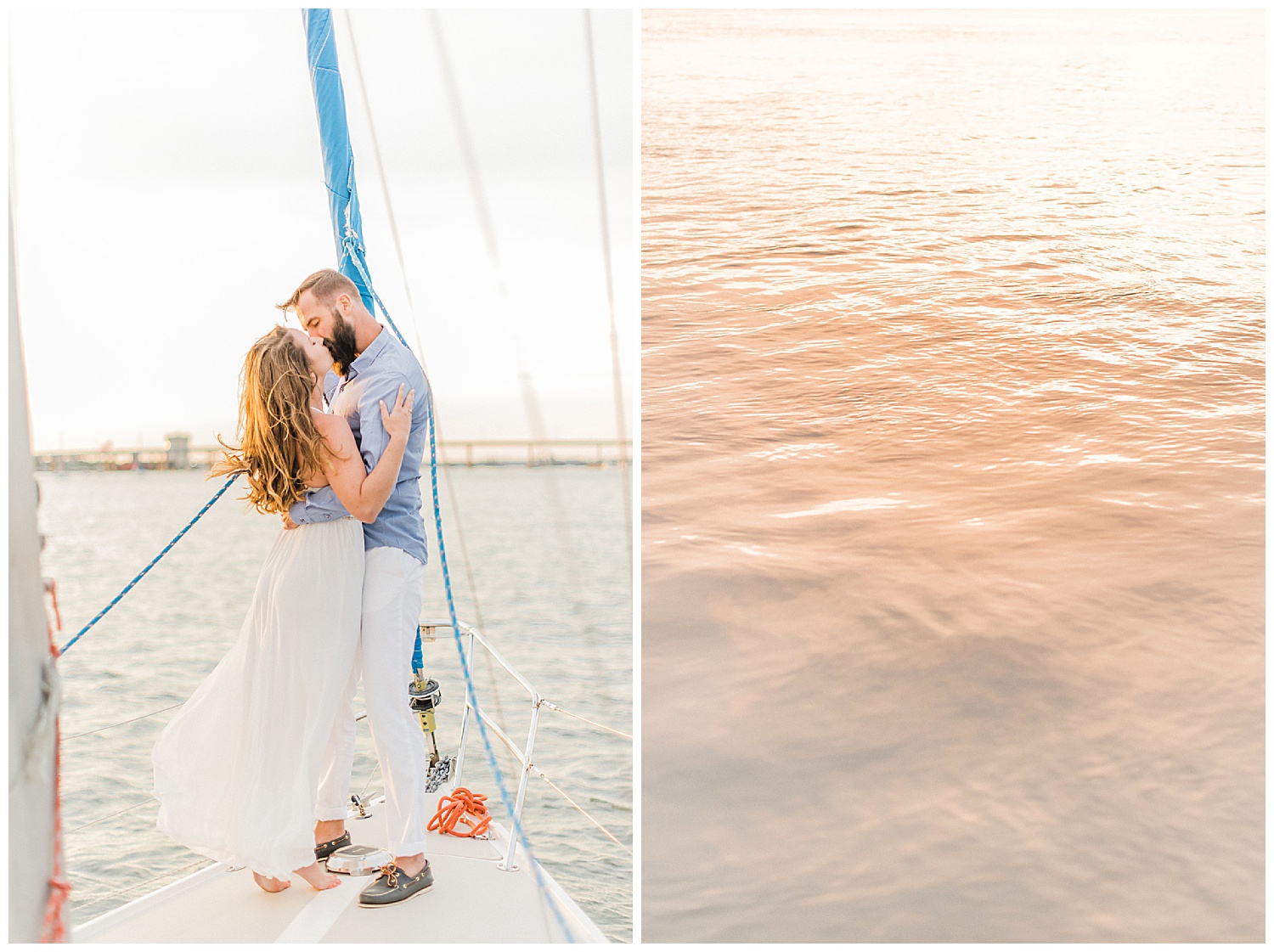 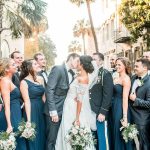 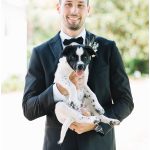 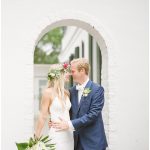 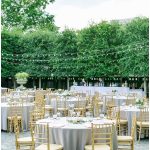 Beach, love, marriage, lilacs, waterside, engaged
Welcome to The Wedding Row… Charleston’s ultimate resource for the most elegant and innovative weddings, along with all the posh details.