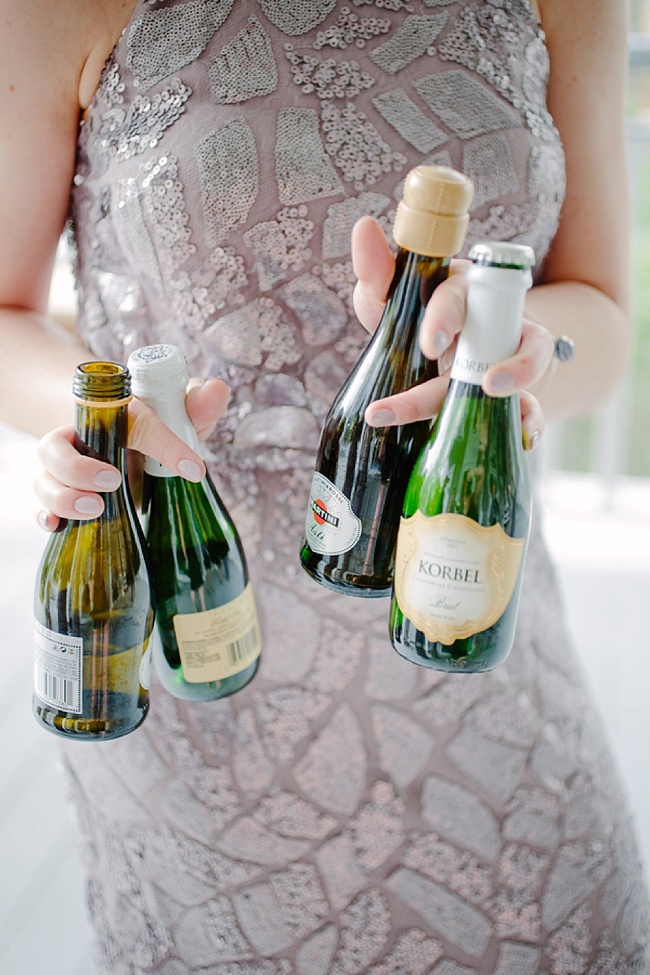 On a trip to see her brother here in Charleston, California-based Andrea met a military man, David. After she headed back home, the two became pen pals, and eventually she swapped coasts to be nearer to her sweetheart. His response to her move? A beautiful cushion cut diamond. From there, they planned a perfectly Lowcountry wedding at the Creek Club at I’On, and invited their wide network of friends and family to help them kick off their marriage (and get to know each other too). In keeping with the lavender color scheme, bridesmaids wore mix-and-match gowns and carried large bouquets of hydrangea, roses, stock, and greenery from Charleston Blooms. After vows were sealed with a kiss, guests headed into the clubhouse where Southern Chic Weddings and Events had draped tables in ivory linens and topped them with geometric lanterns filled with pillar candles and lavender blooms. So pretty! A big thanks to Studio Adele for sharing Andrea and David’s beautiful day with us and so many happy returns to the newlyweds! 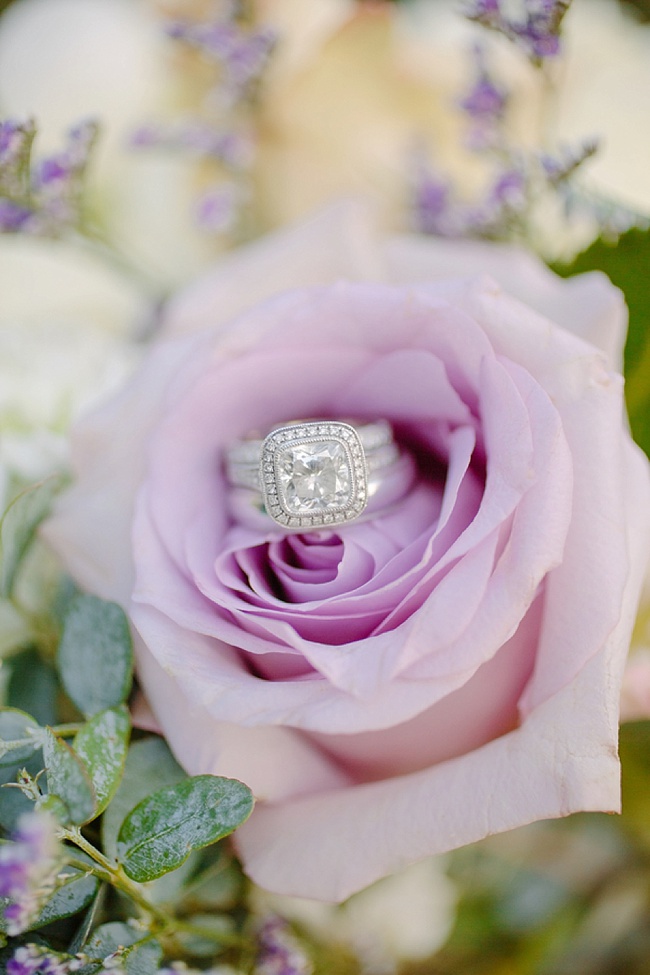 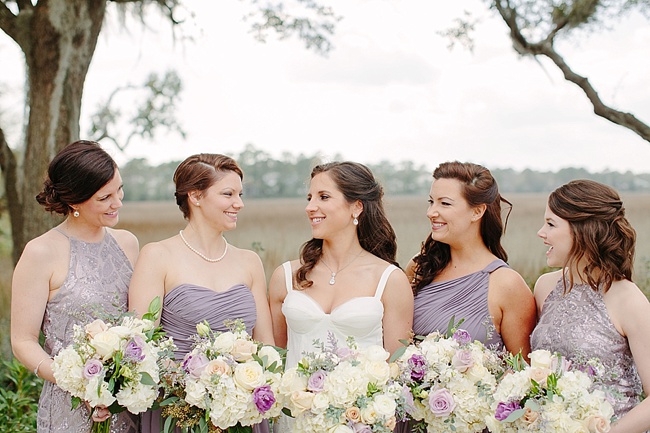 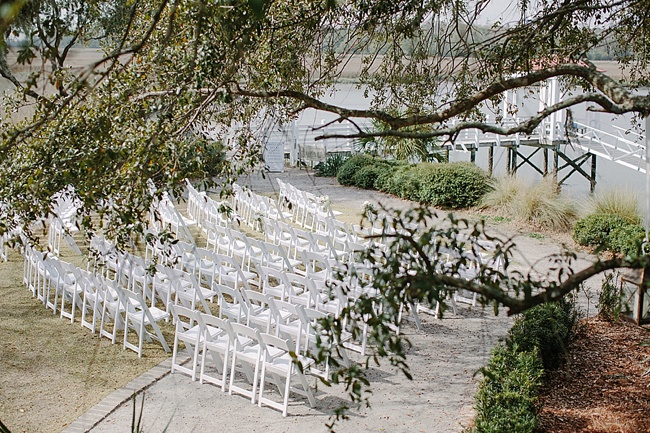 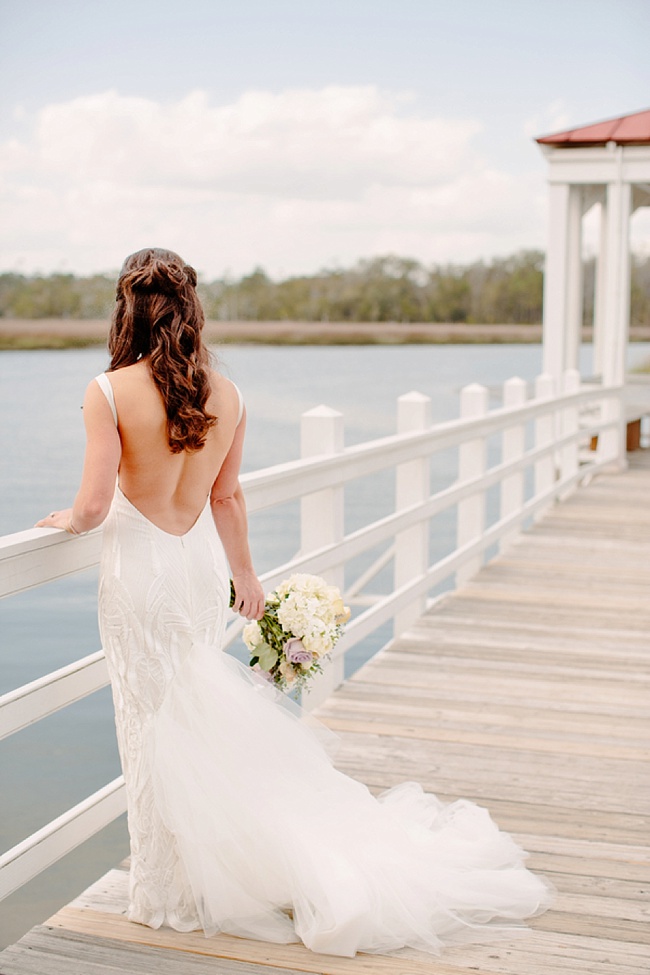 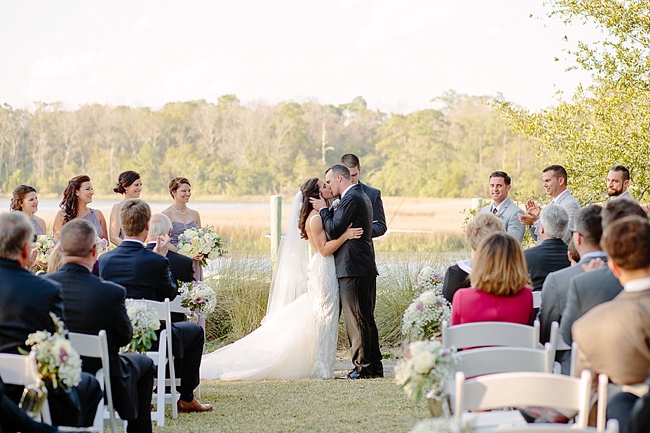 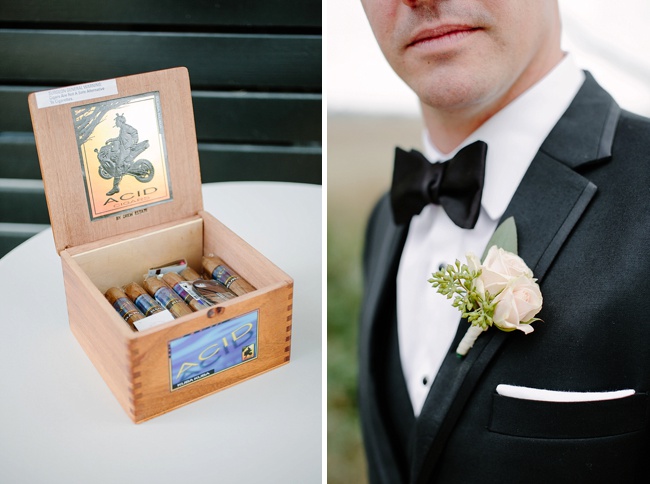 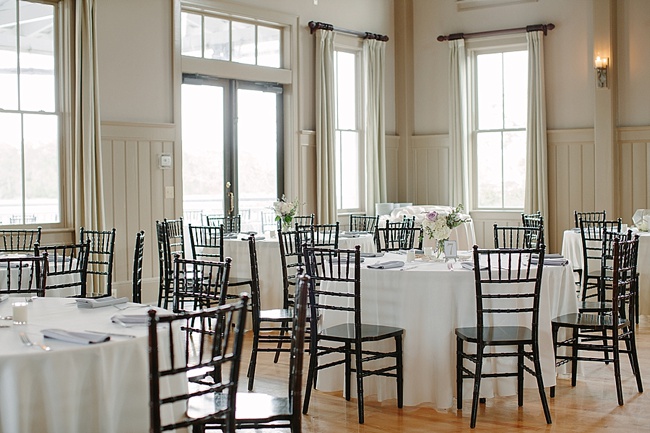 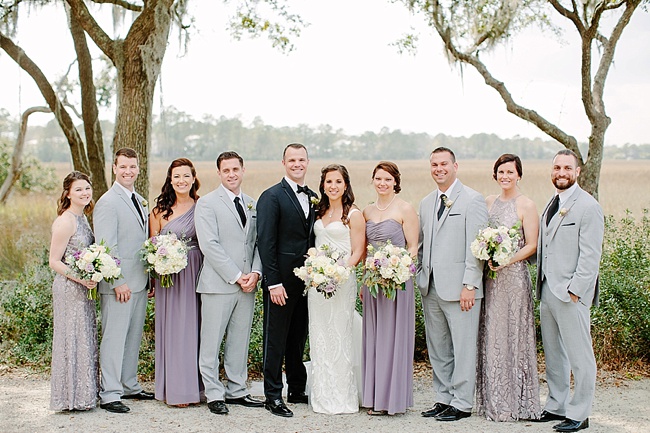 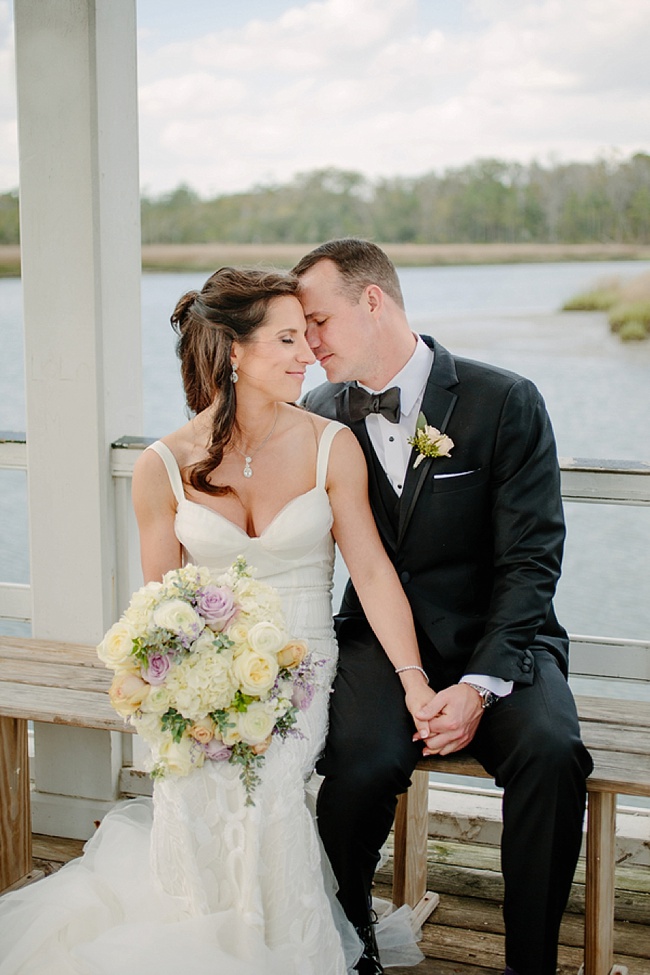 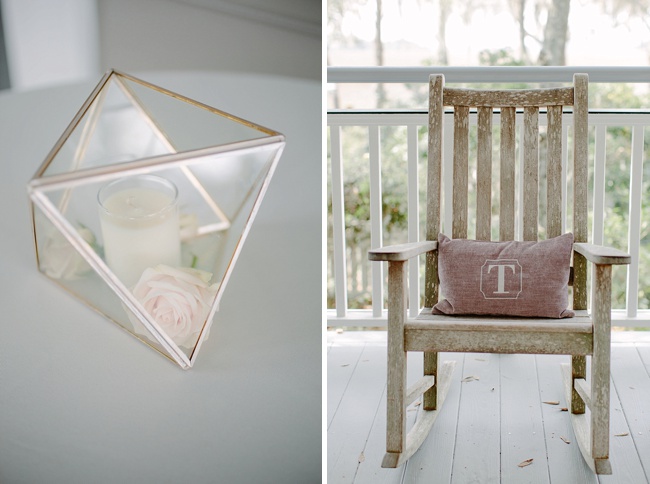 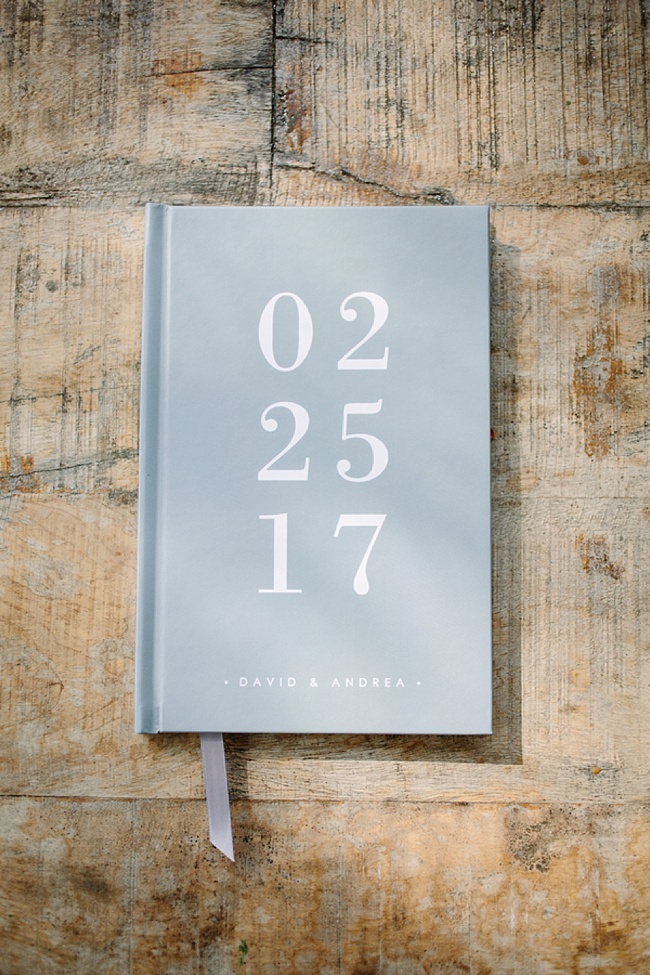 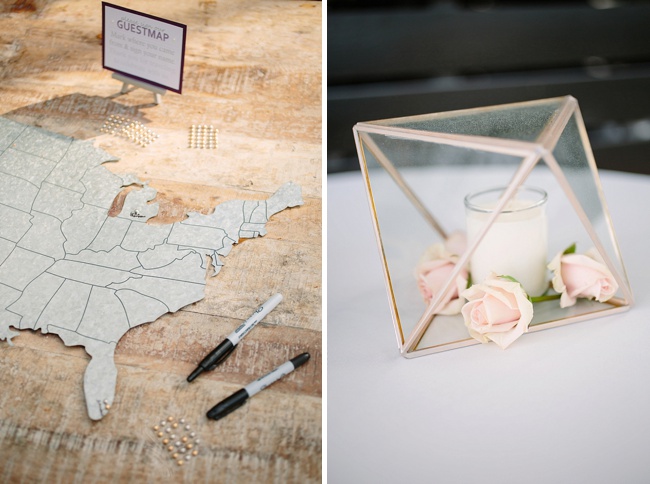 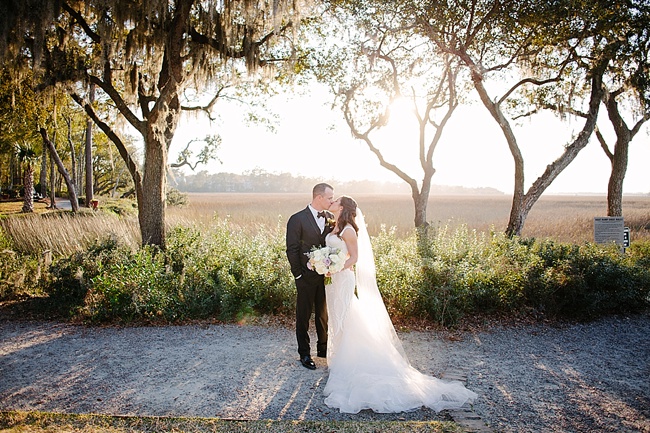 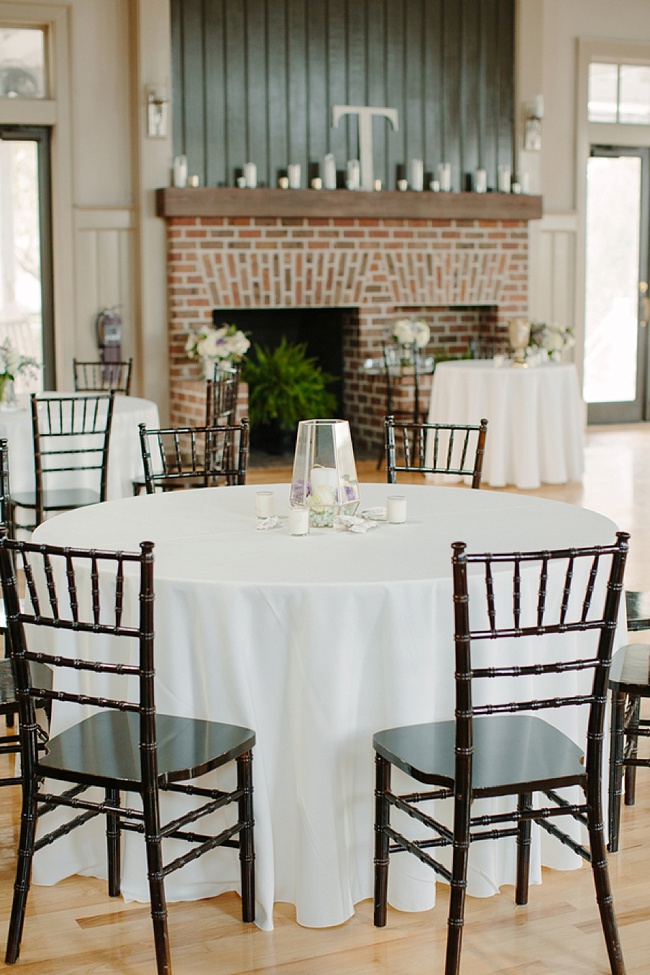 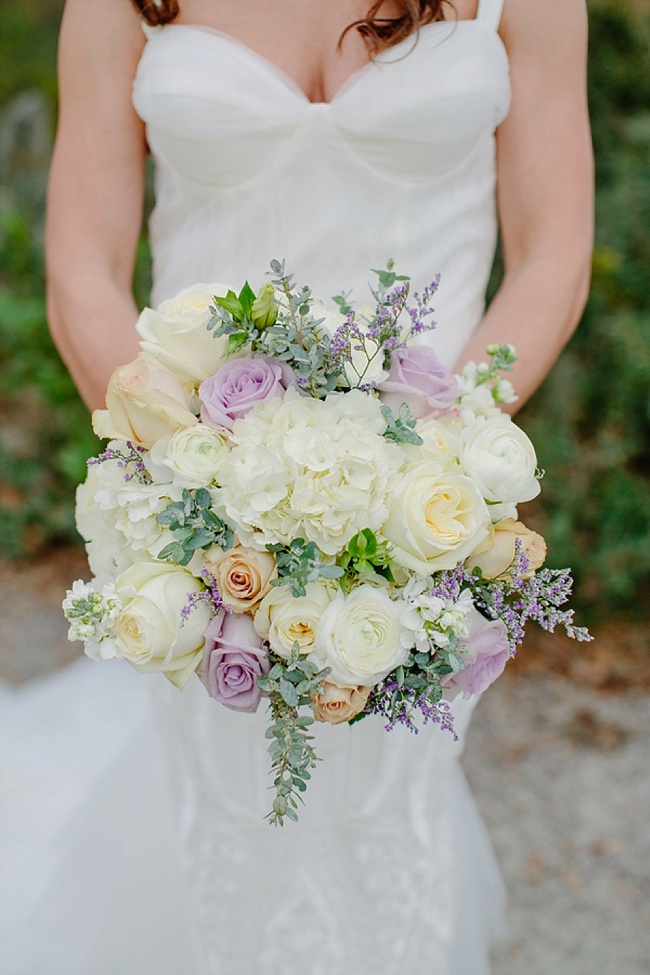 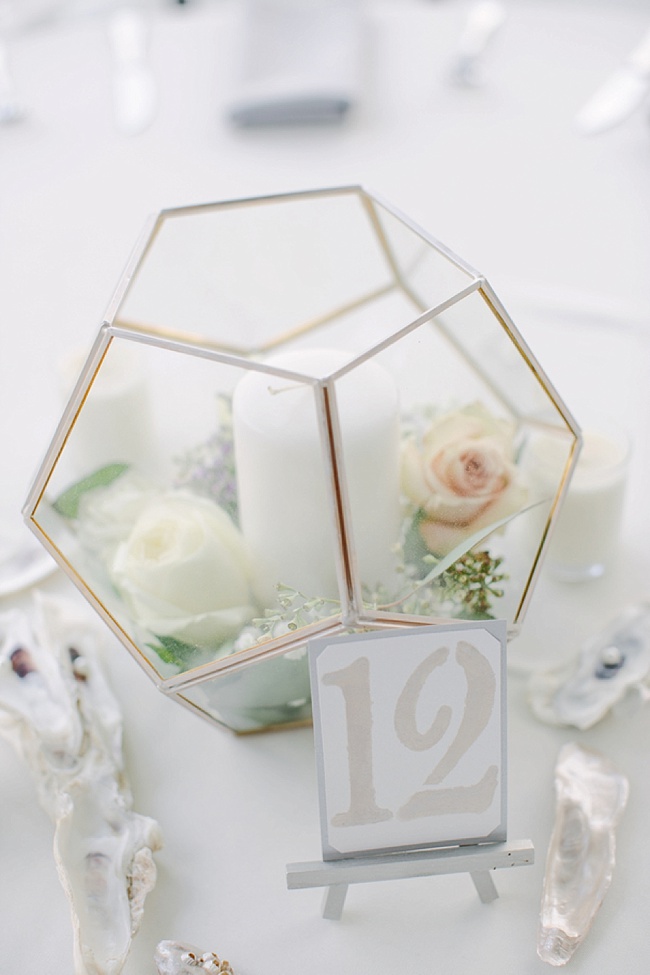 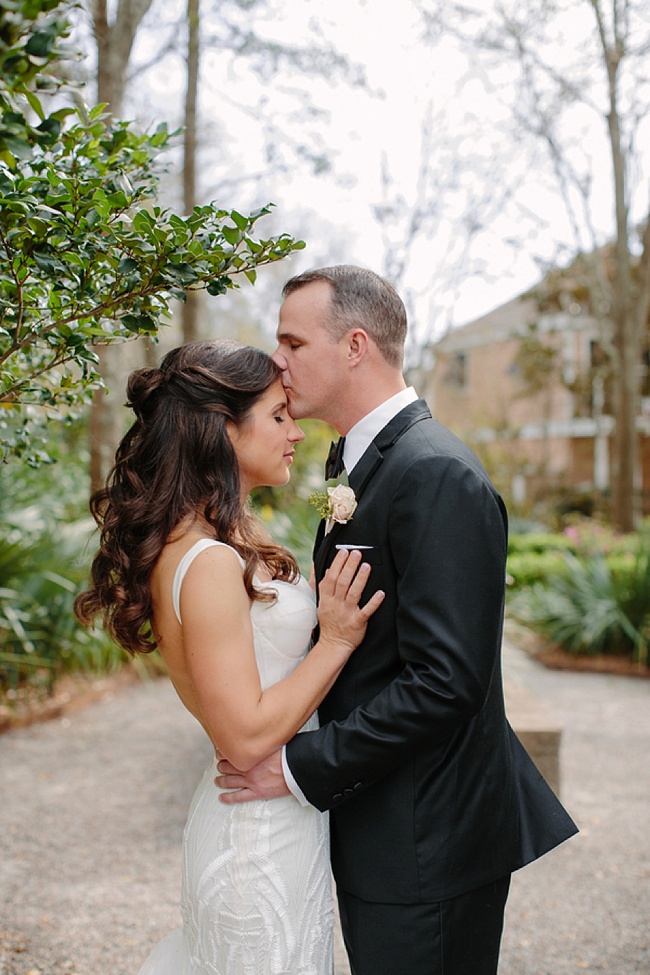 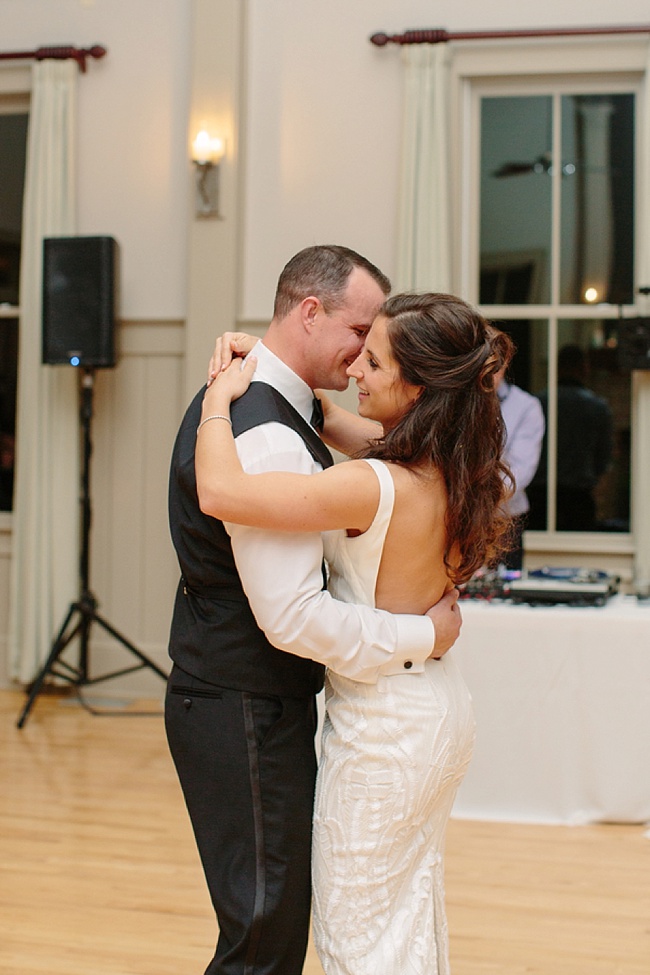 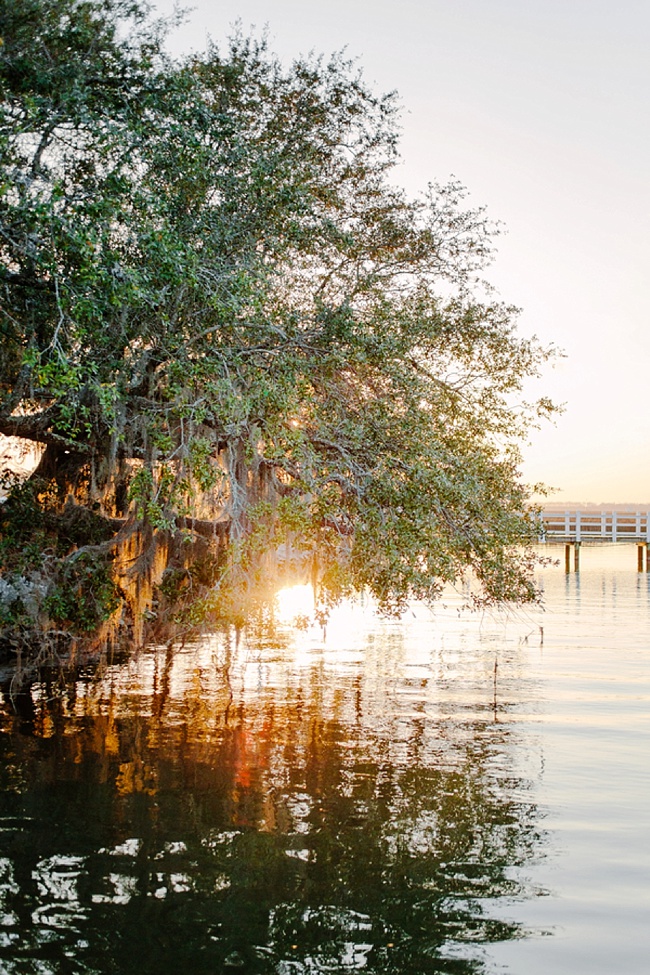 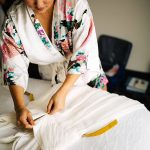 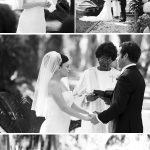 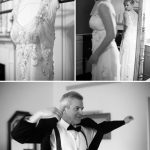