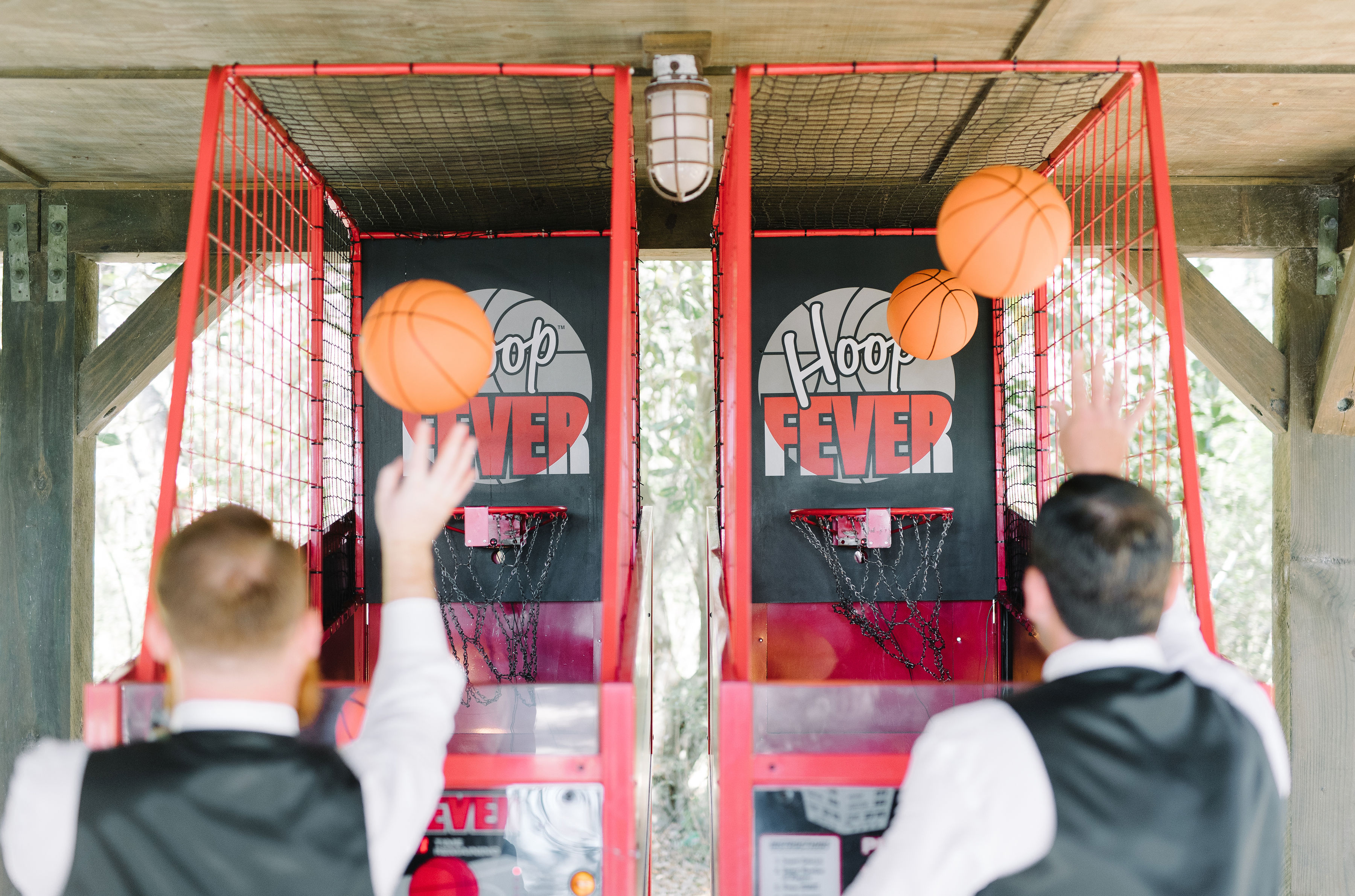 Before we heard Ryan and Devan’s story, we’d have told you there’s nothing especially romantic about March Madness … but now we may have changed our minds. These two met at The Alley, a bar-slash-arcade in downtown Charleston. Each year around March Madness time, The Alley hosts a basketball tournament on their Hoop Fever machines. Ryan and his brother won the whole shebang one year, but Devan and her partner came in a close second. “Despite my competitive nature,” Devan tells us, “I still liked him.” The very next week, Ryan invited her to be his partner at a basketball tournament at another bar, where “he won more than just the game,” according to his now-bride. Years later, the two had built their dream house on Johns Island, and they were doing a walk-through the day before closing when Ryan’s brother came by and asked if they wanted a photo on their new balcony. That’s when Ryan got down on one knee and said, “This is the only thing unfinished. Will you marry me?” The pair began planning their March nuptials, but two months before their Big Day at Wingate Plantation (just down the road from their new home), a pleasant surprise in the form of a positive pregnancy test came along and changed a couple of plans. During the rehearsal dinner the night before their nuptials, they showed the members of their wedding party a slideshow that began with the couple’s own baby photos and ended with a sonogram photo of their little one with the words, “See you in September.” The following evening, guests celebrated both the couple and their upcoming addition, and Ryan and Devan played their first game of Hoop Fever as husband and wife. 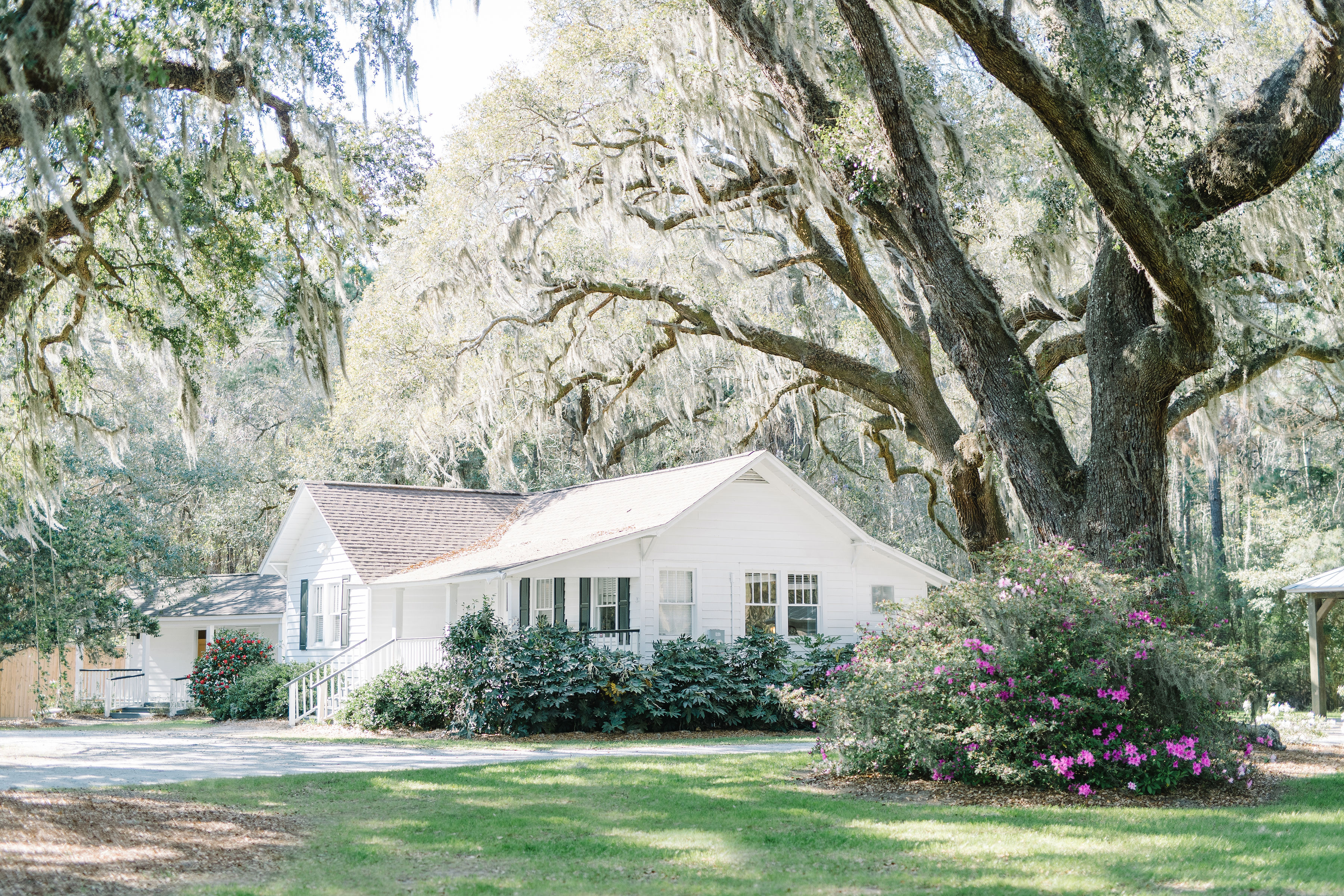 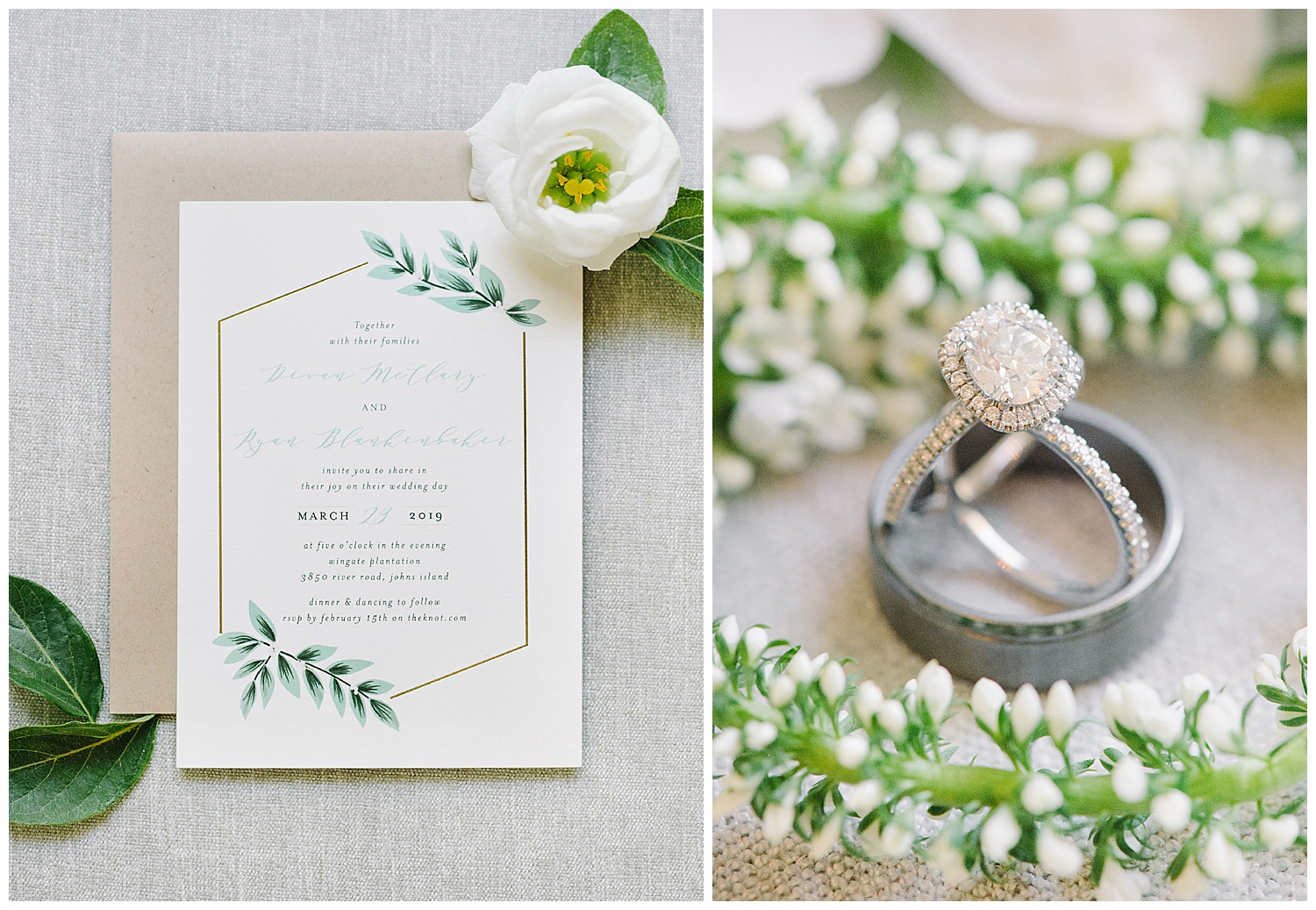 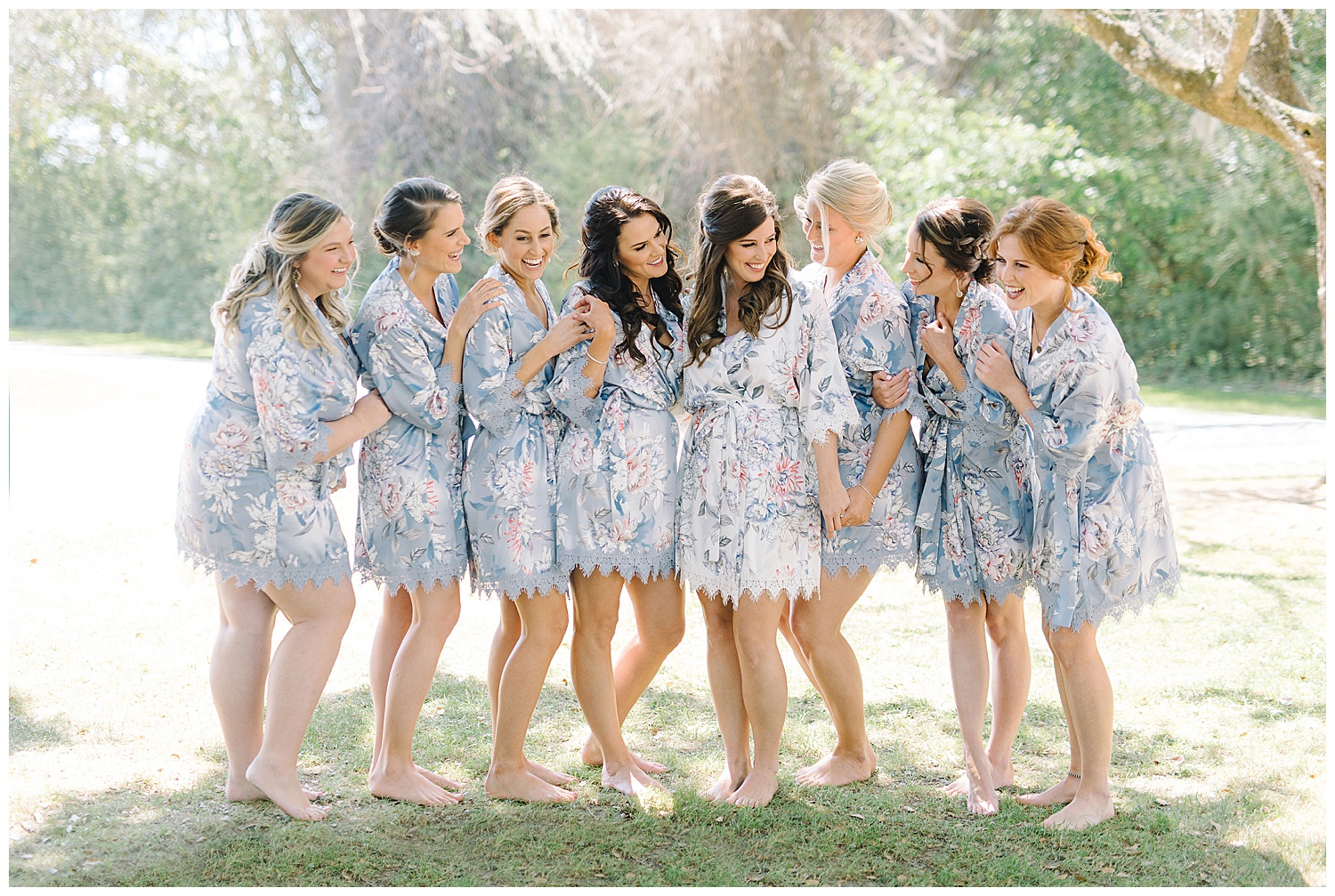 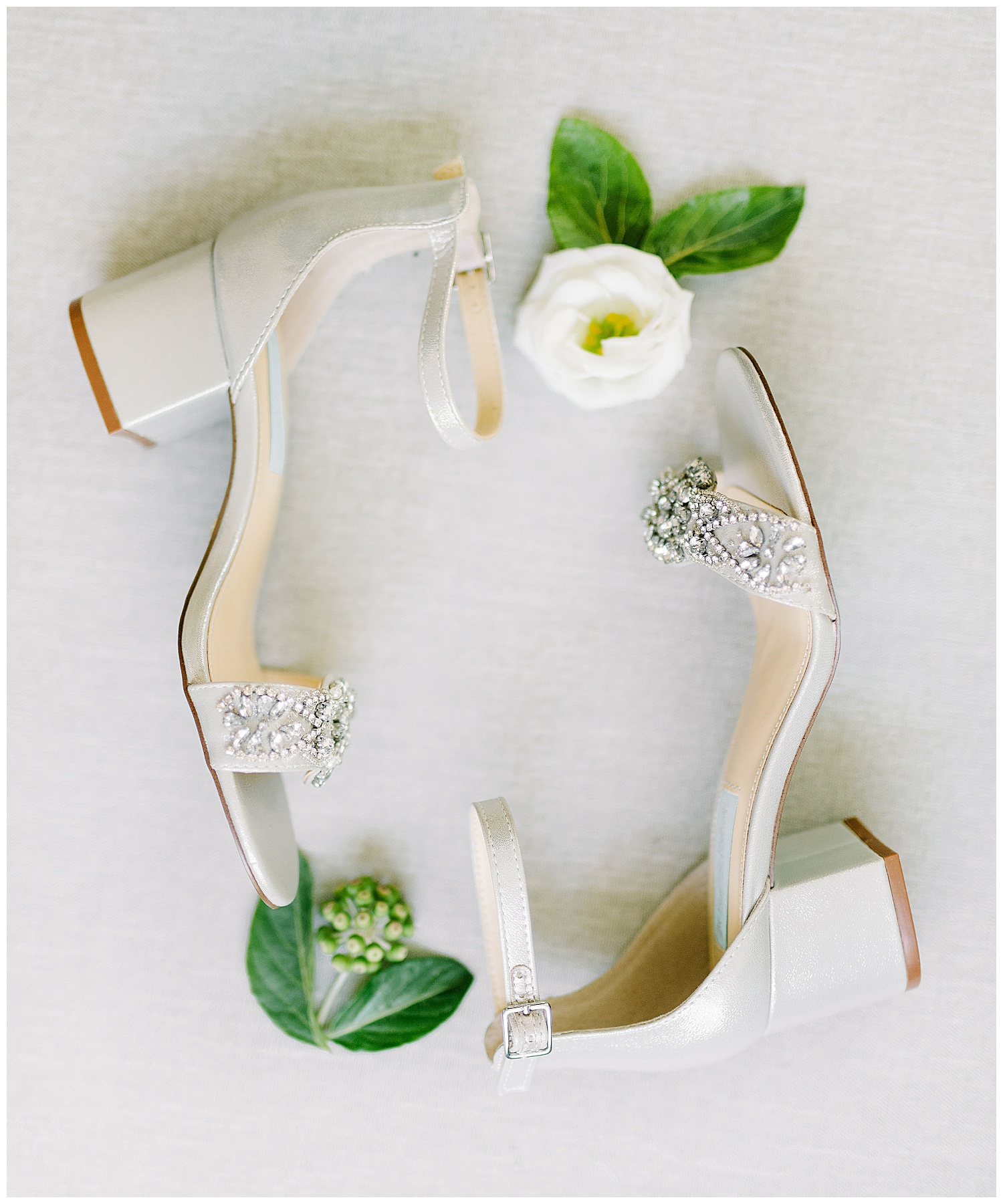 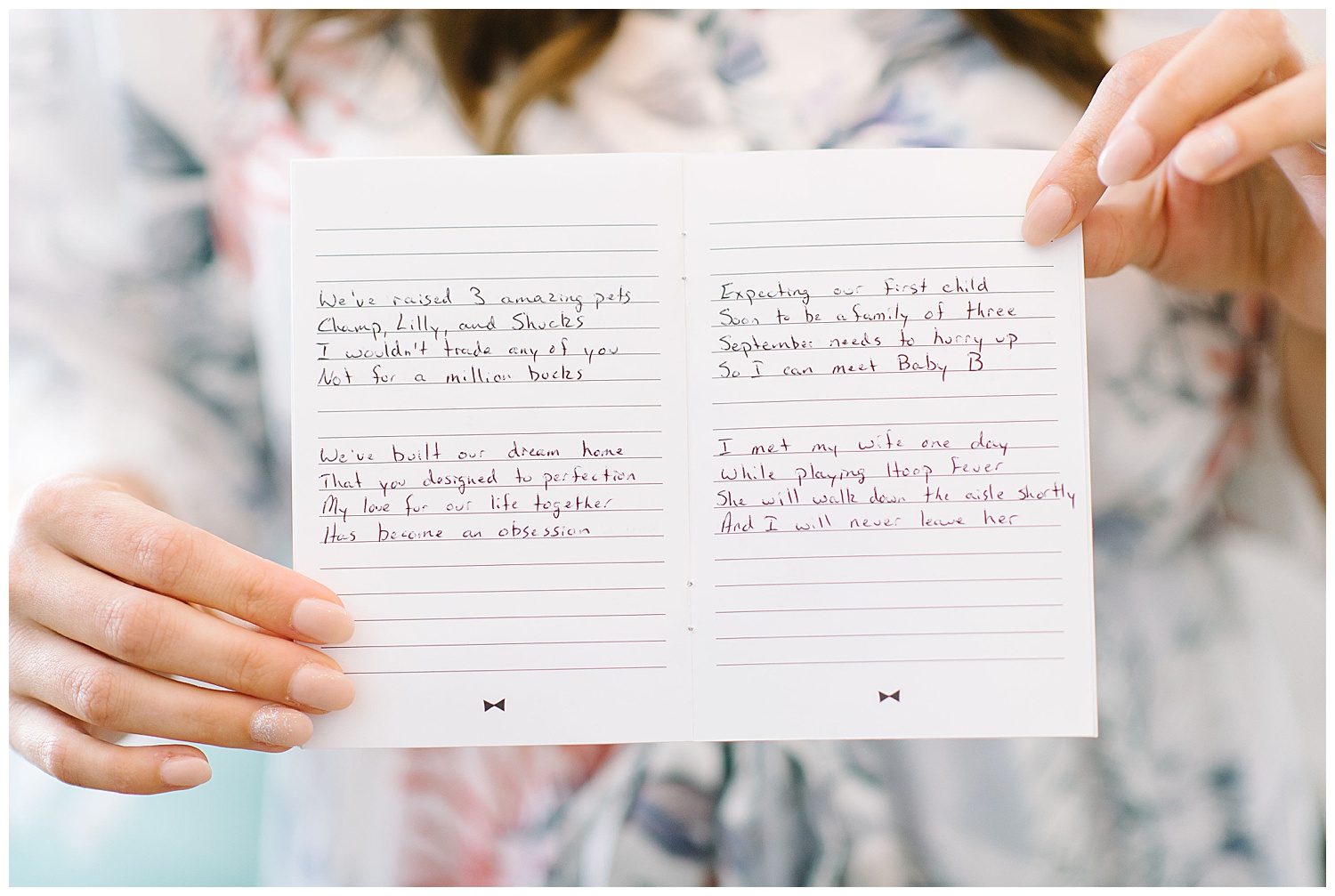 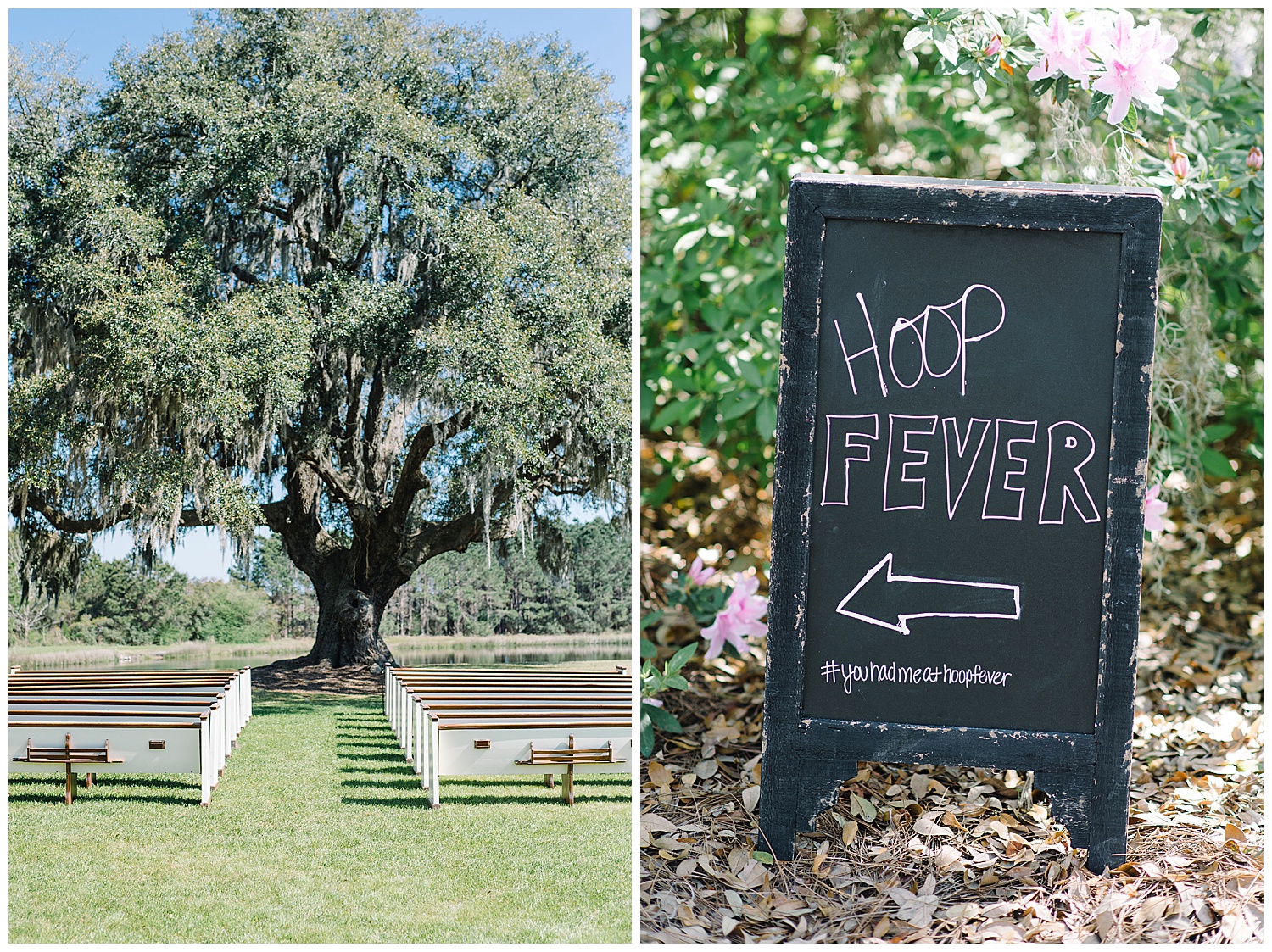 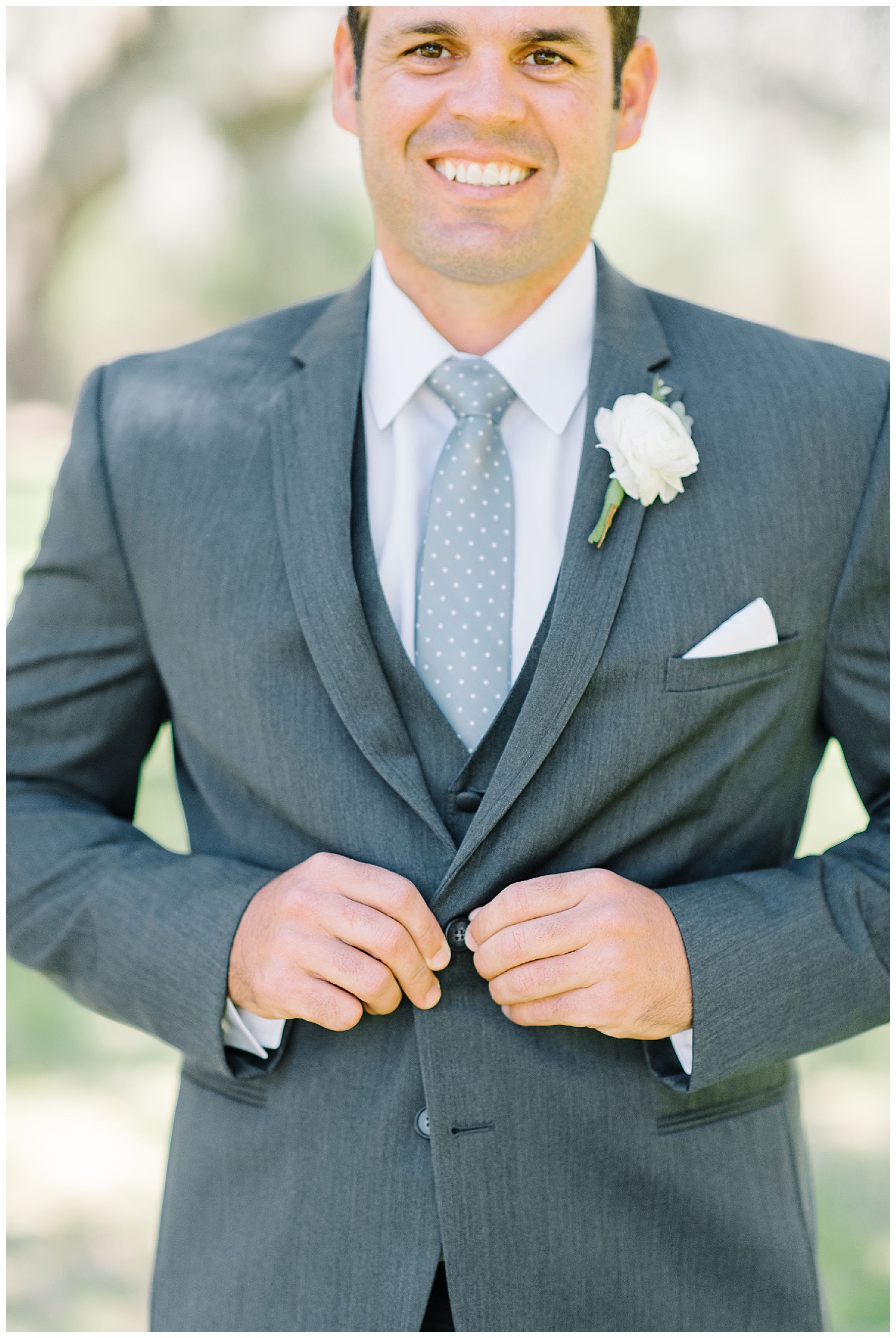 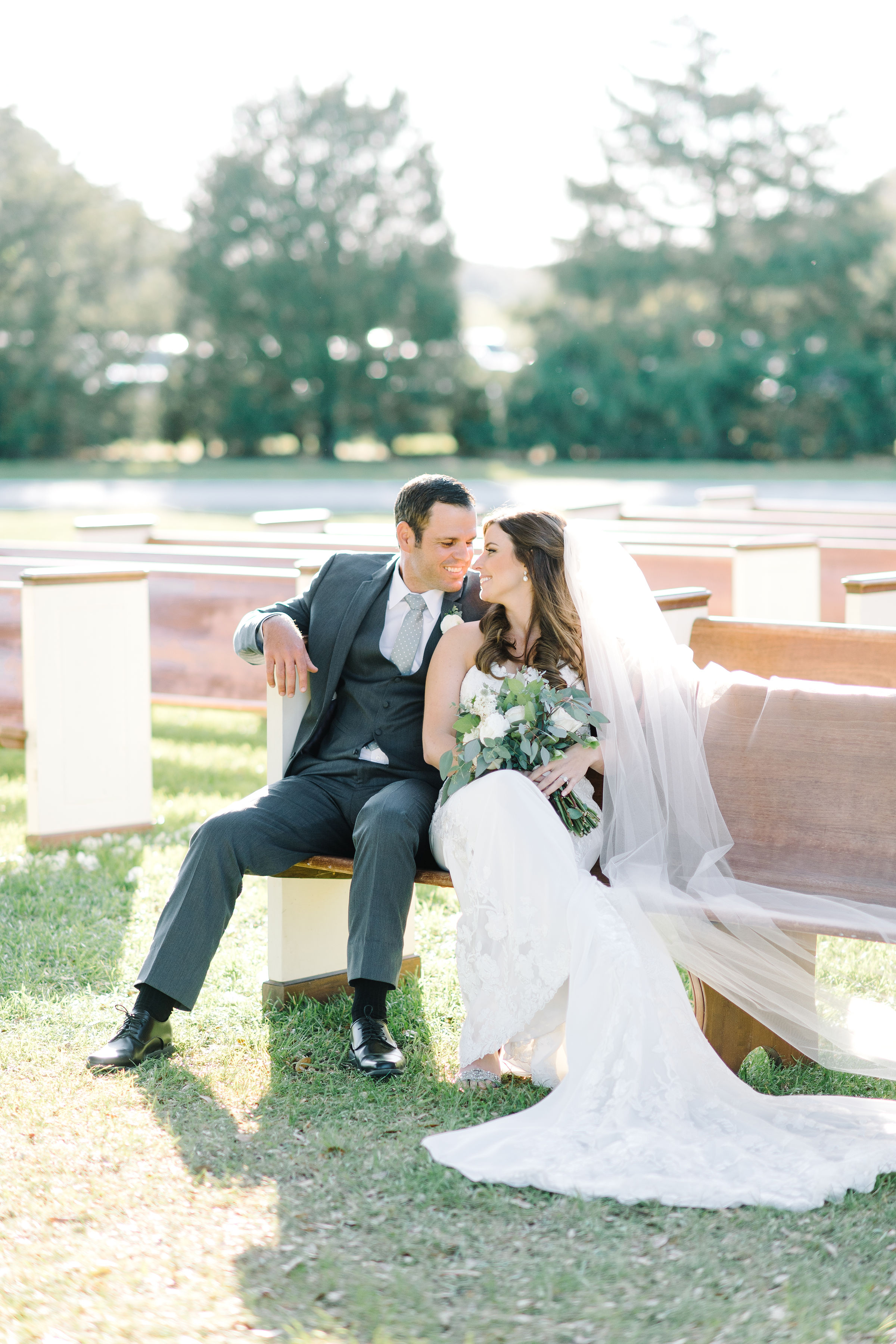 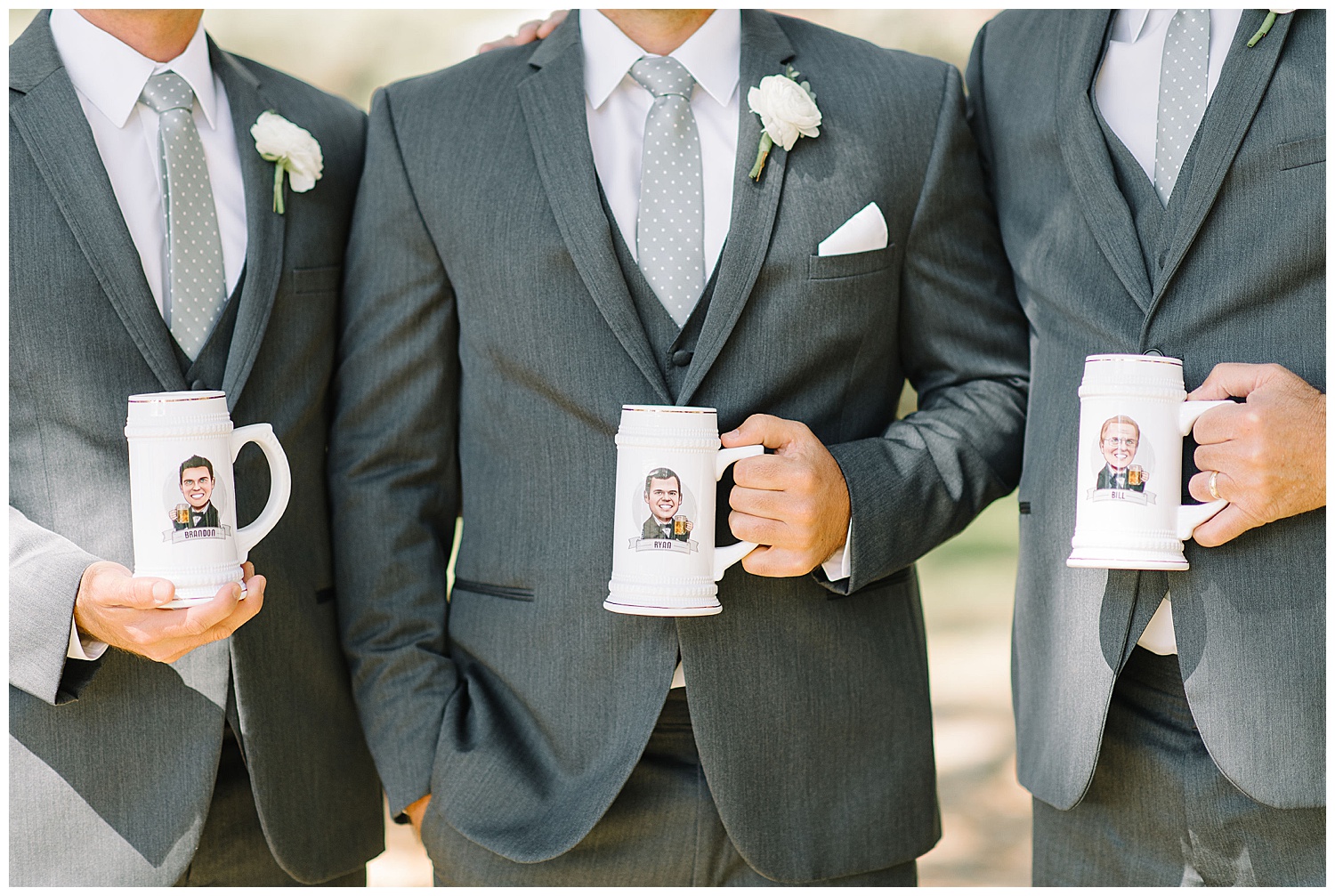 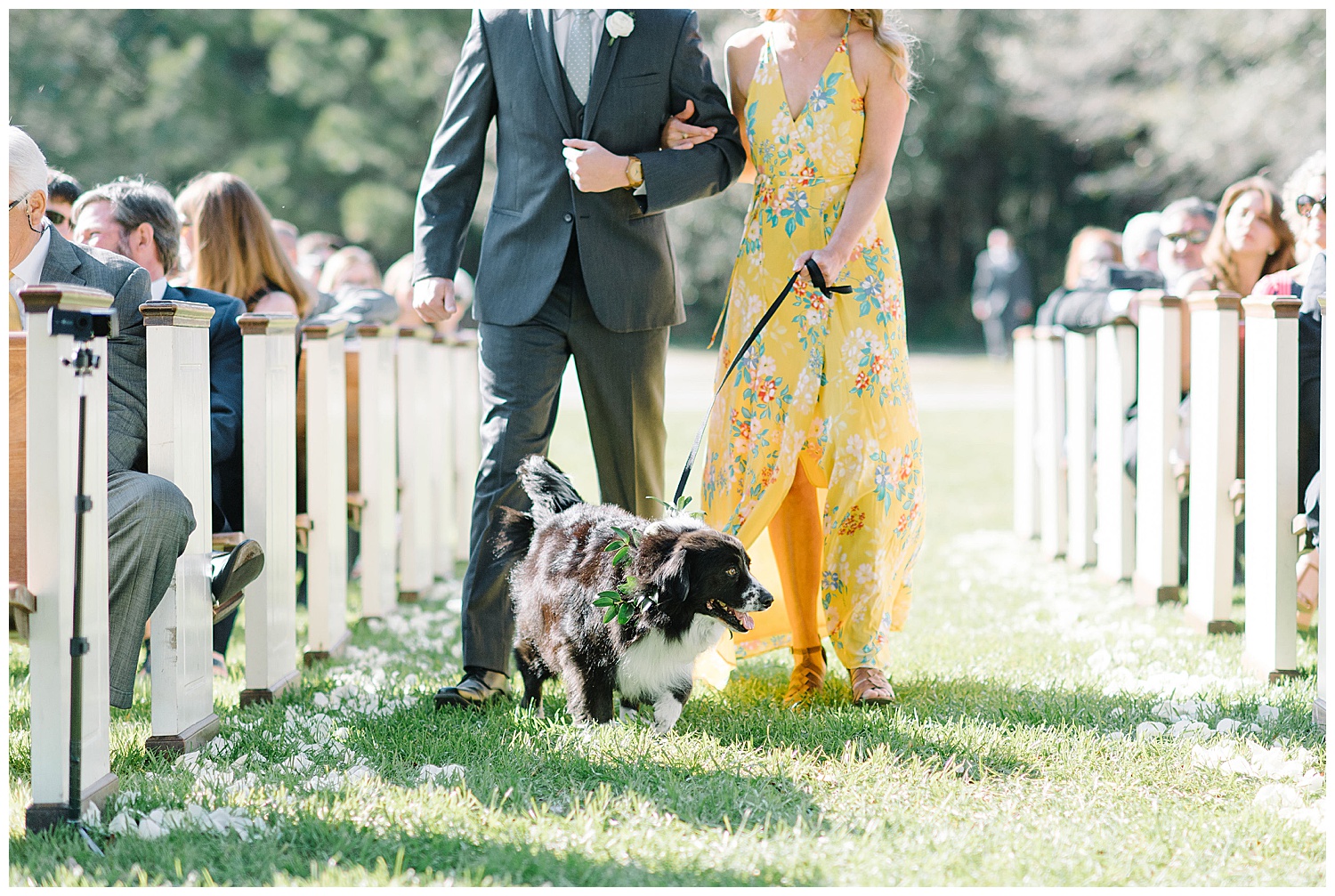 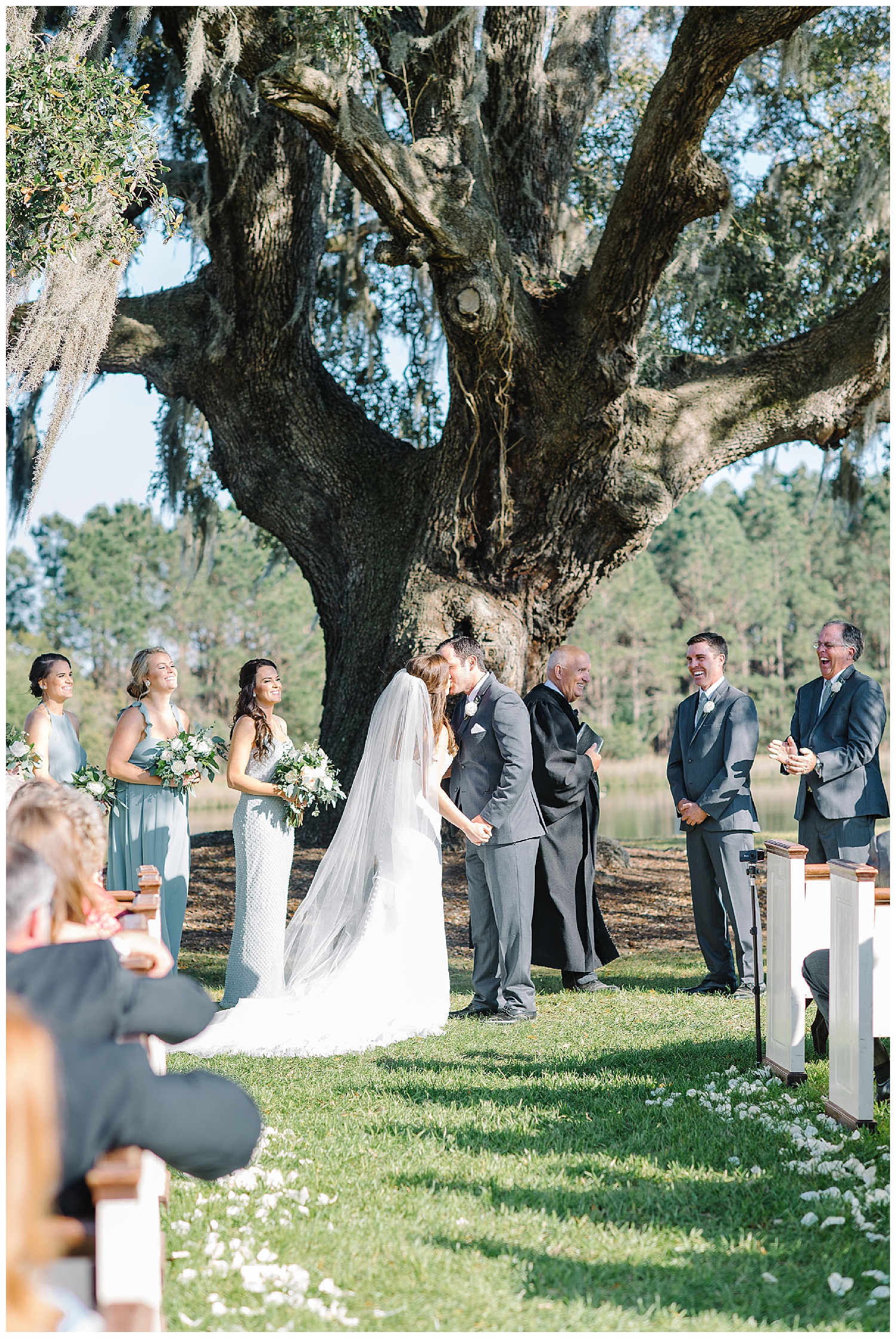 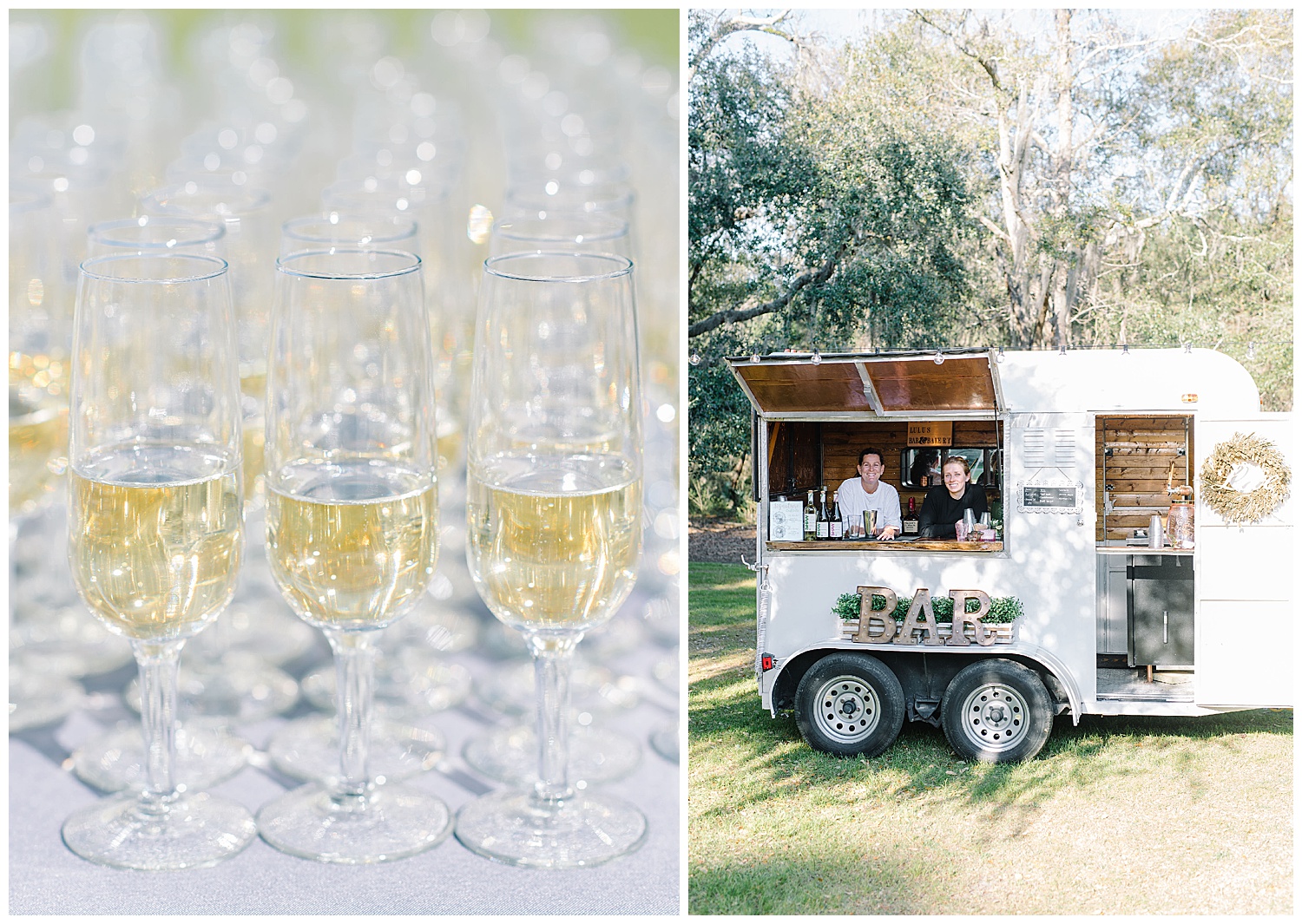 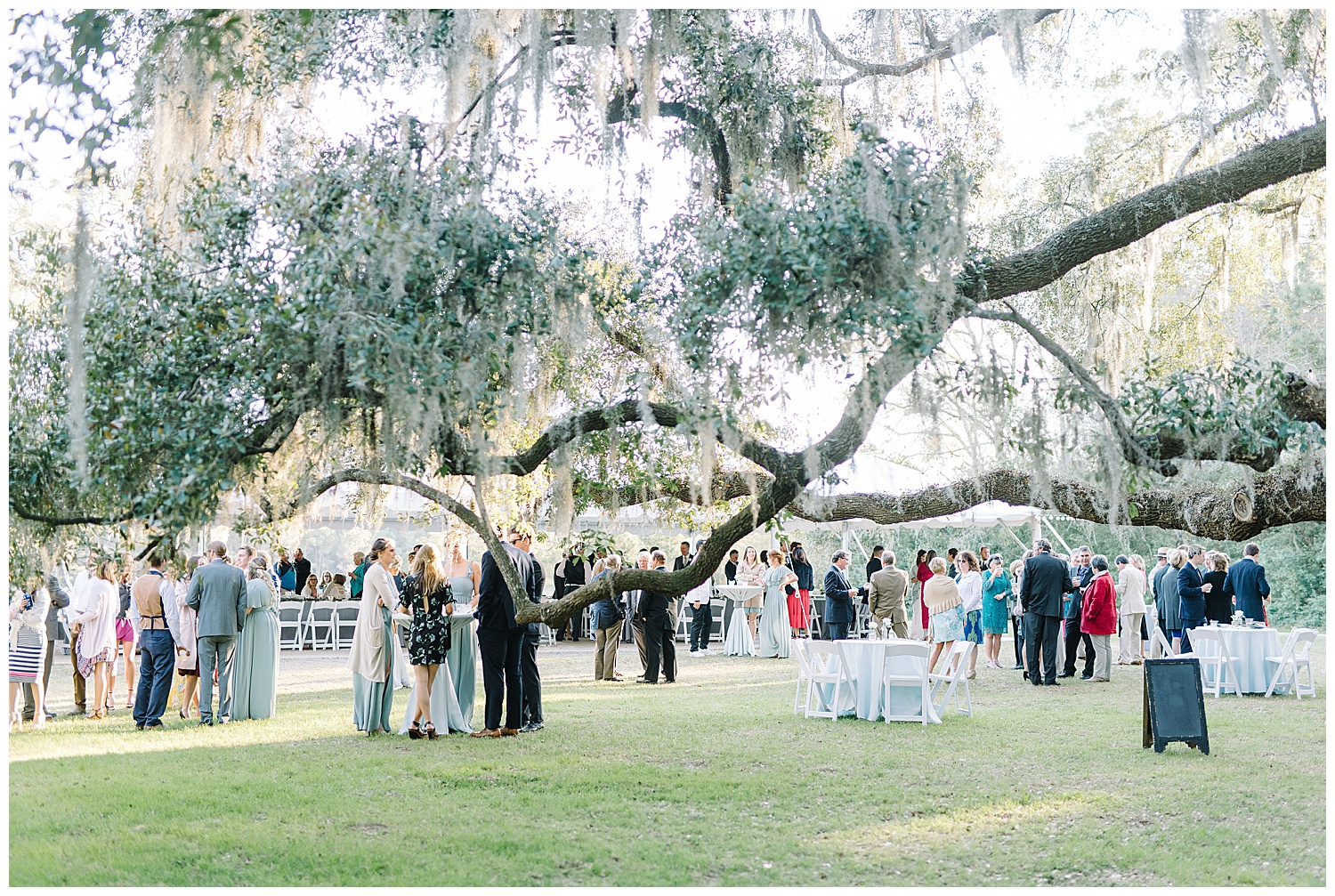 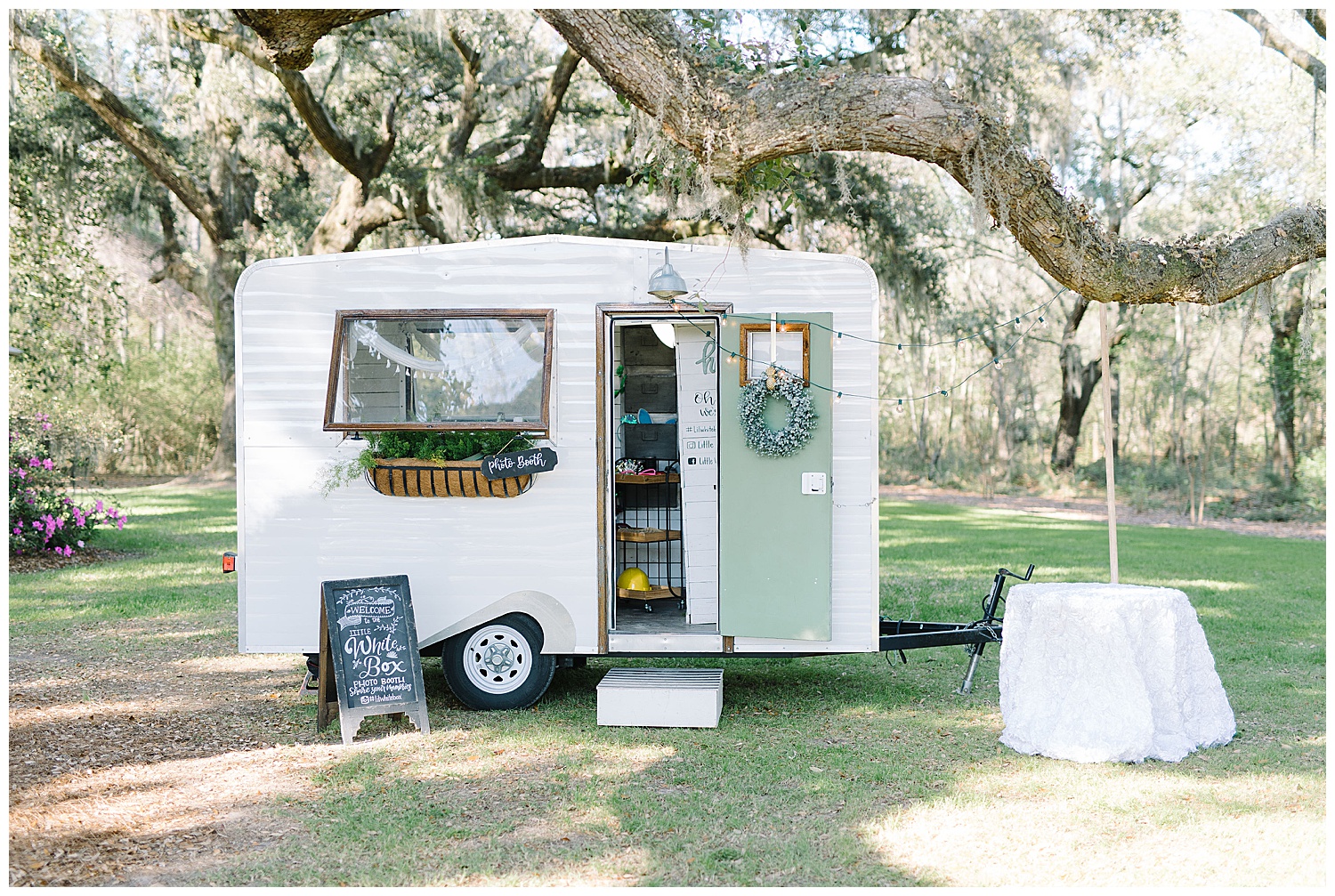 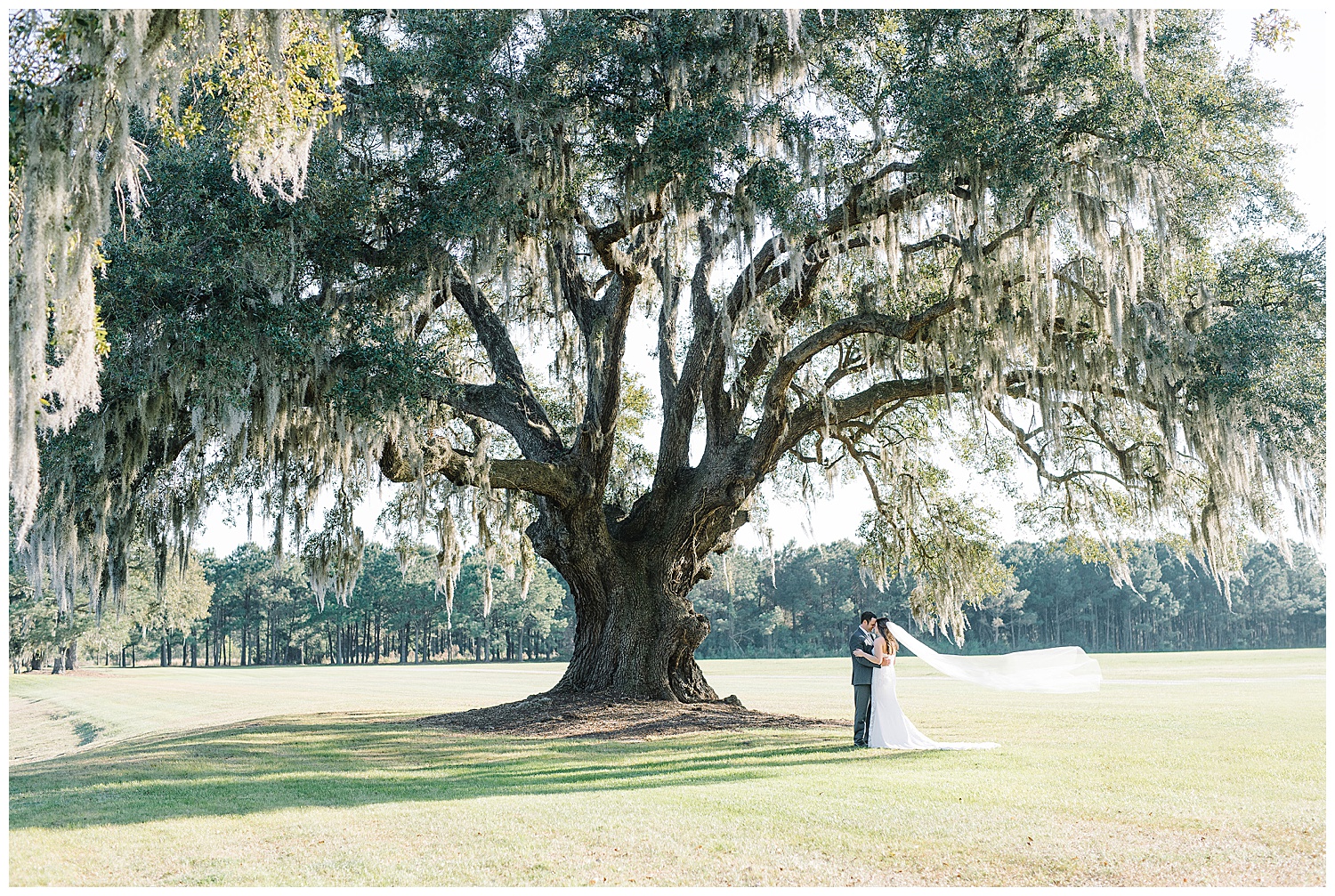 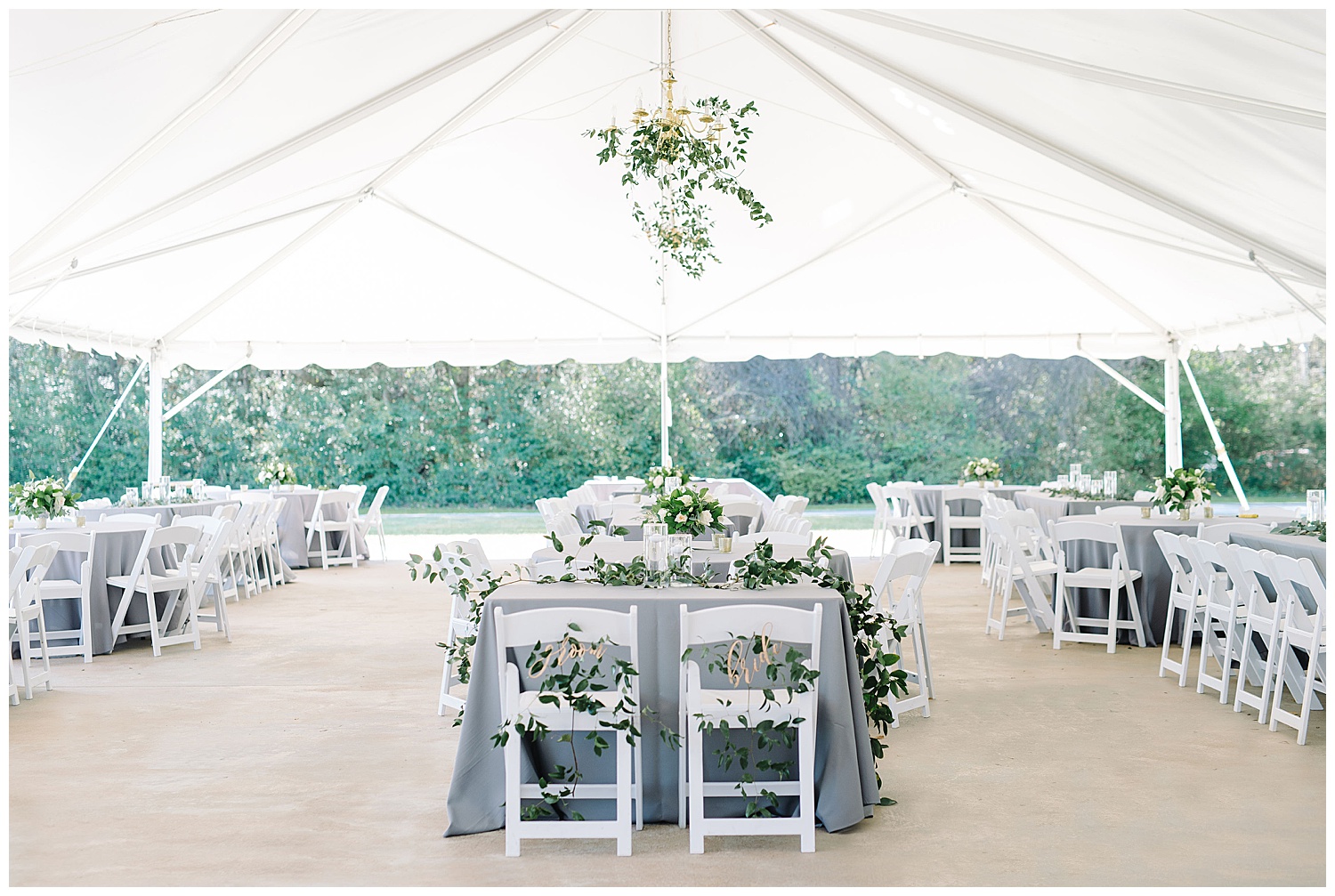 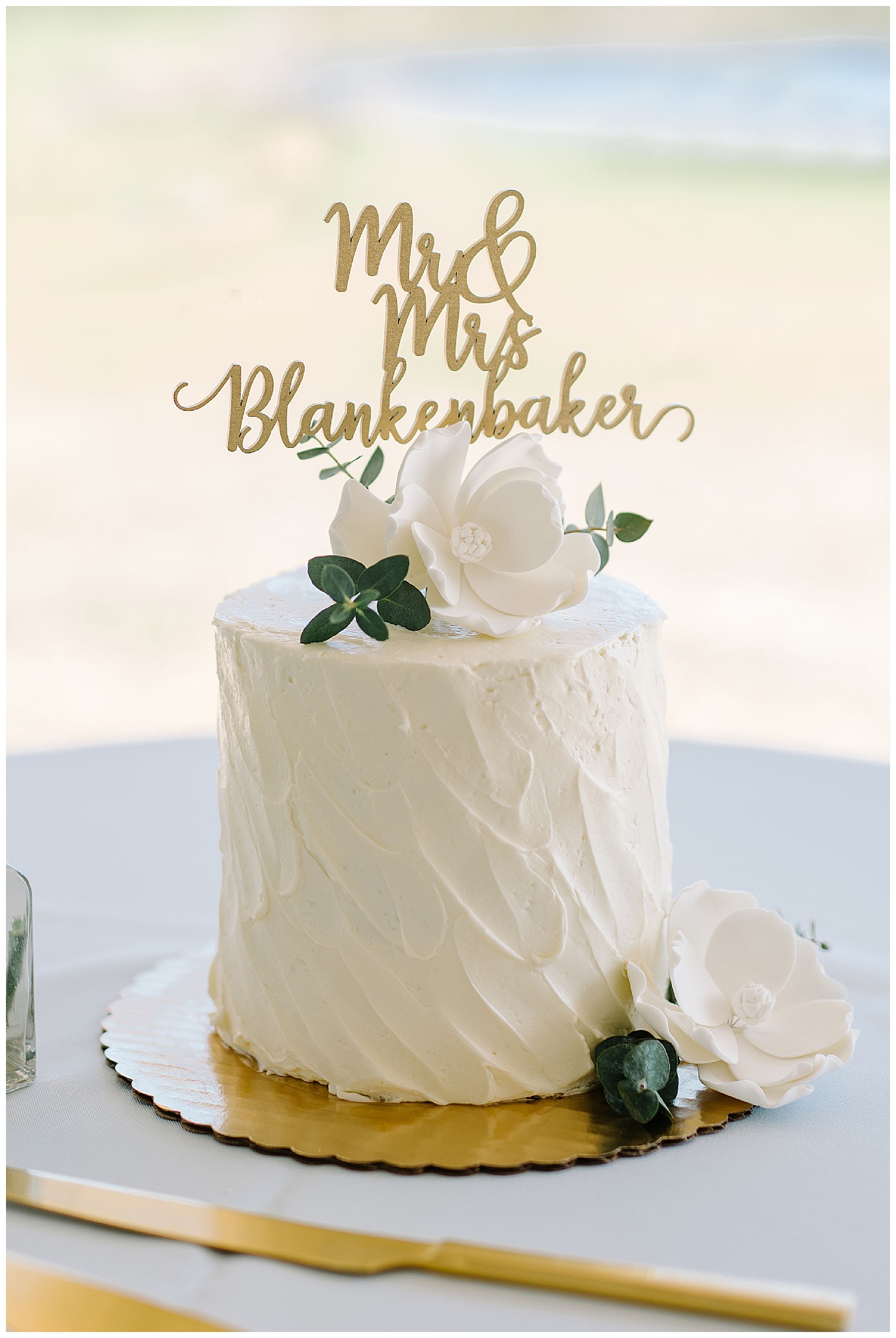 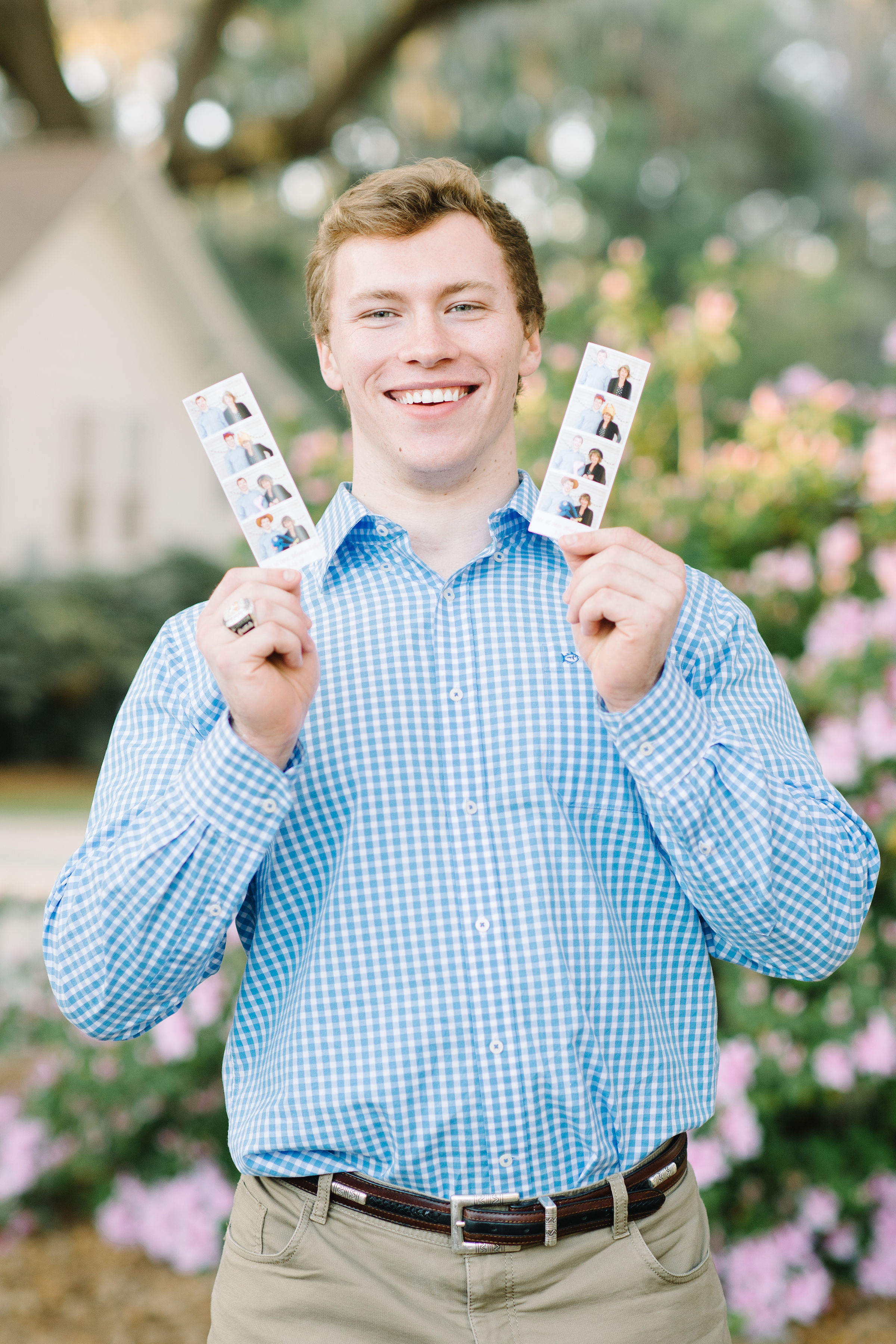 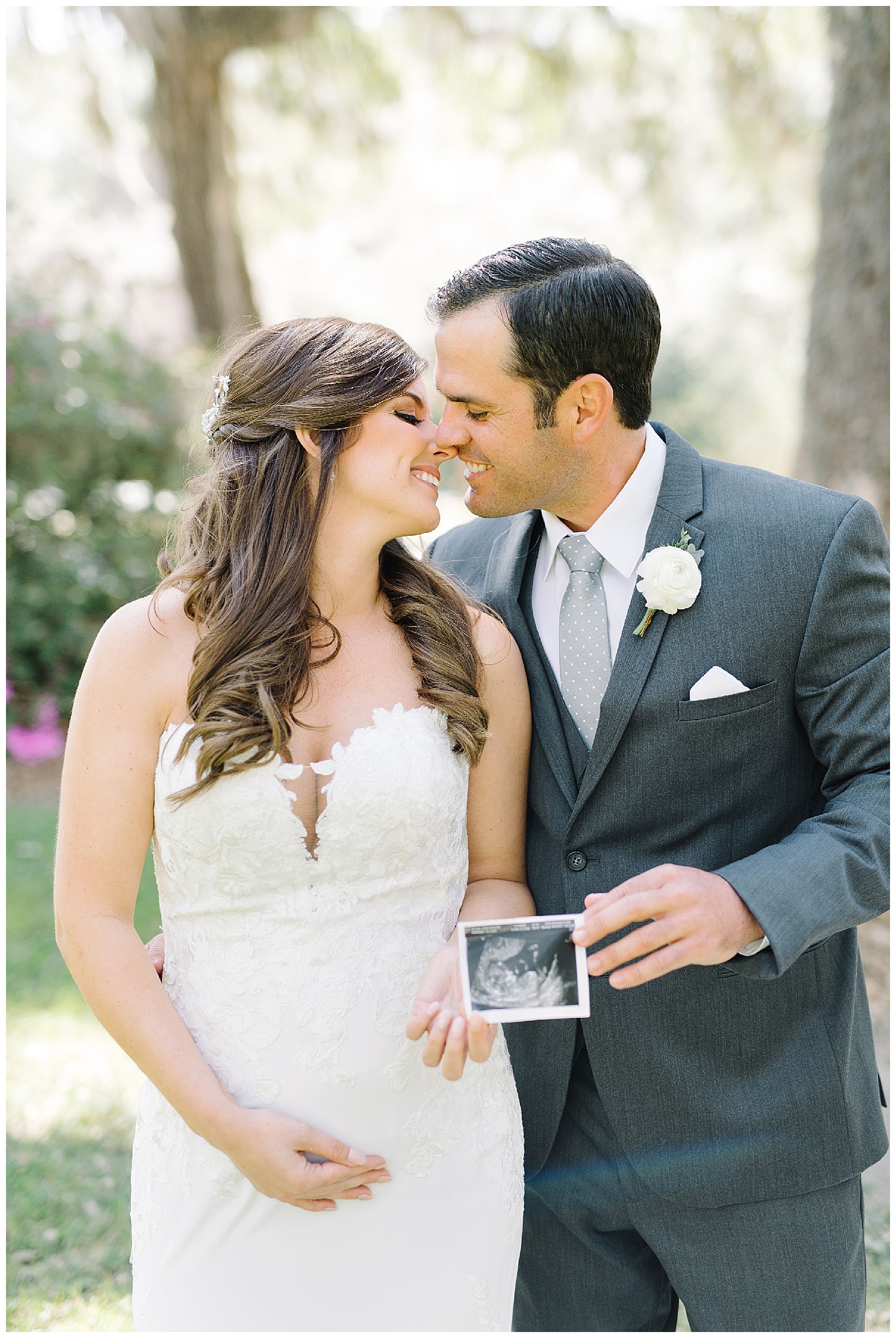 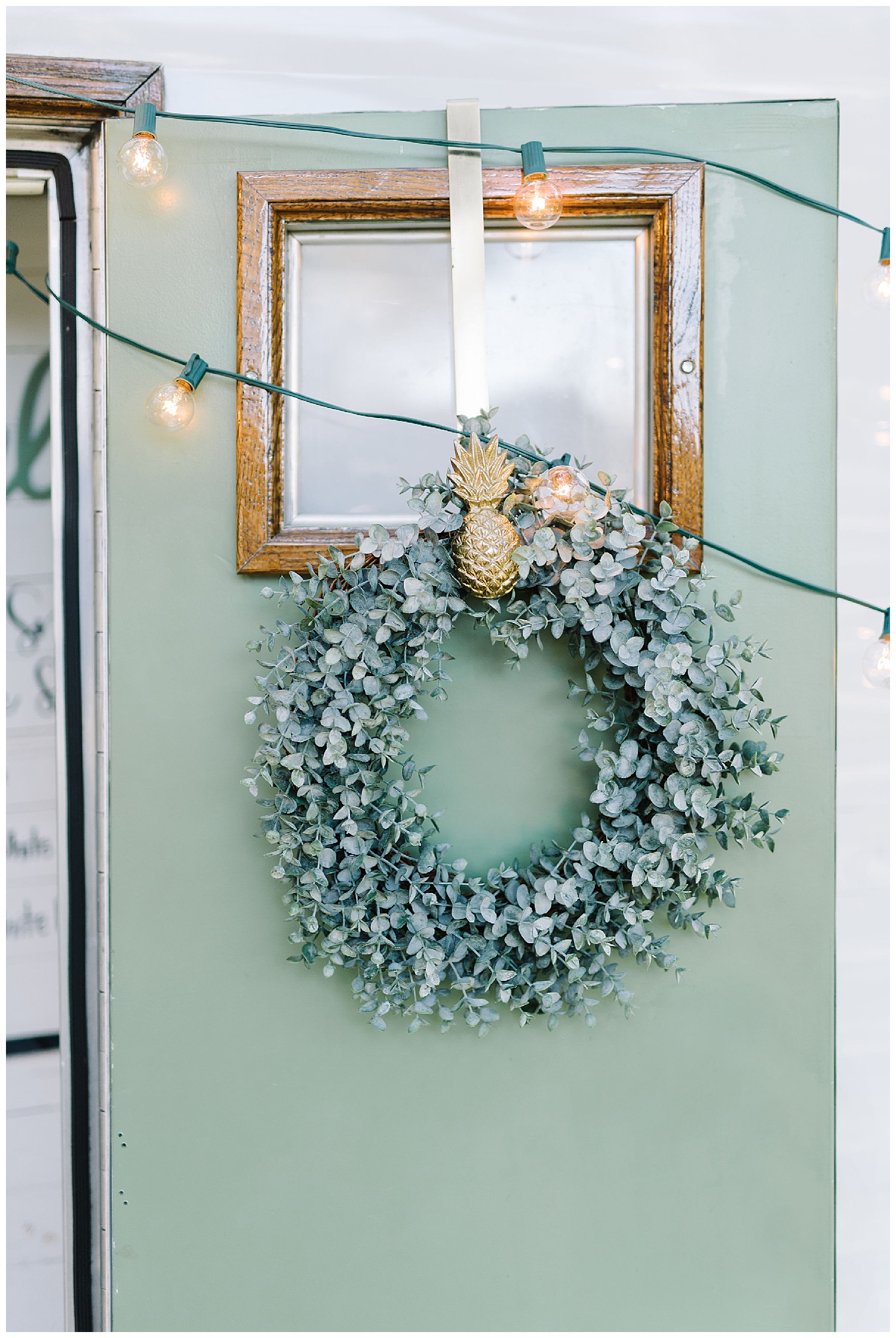 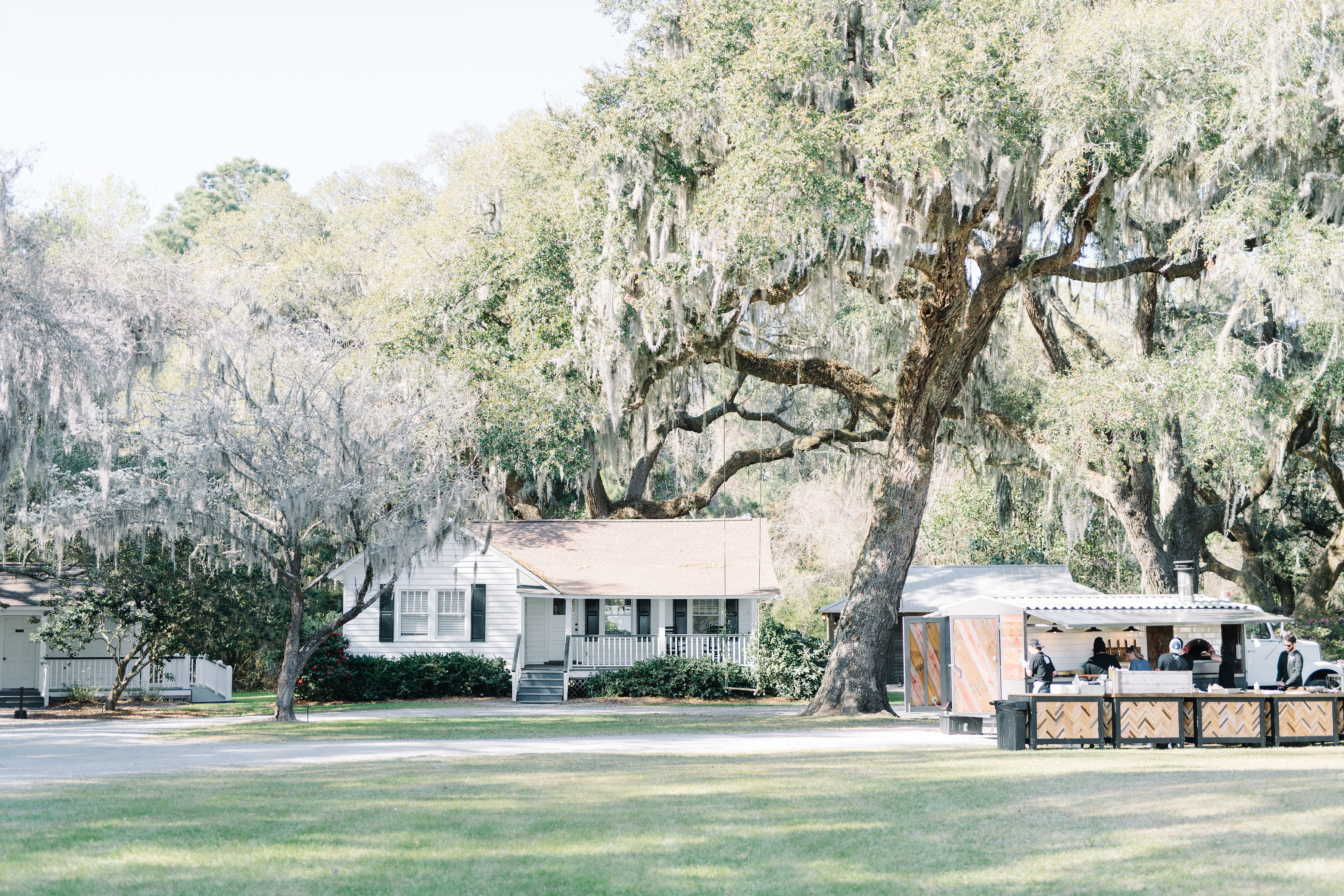 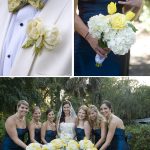 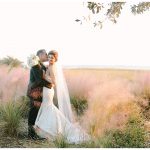 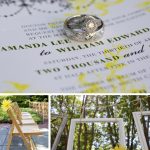 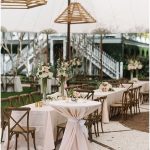