I hope that you are cozy and plan to be here for quite some time because we have a doozie of a Charleston wedding for you to peruse today. And just when you think that the stunning images by Heather Forsythe are enough to completely satisfy your matrimonial inspiration…then comes the fabulous and sweet story behind Erinn and Marc’s nuptials.

Marc, a native Charlestonian, fell in love and became engaged to Erinn, the epitome of a classically beautiful bride. Marc’s work keeps him traveling quite often. During their engagement, Marc found out his company would be moving him to Bahrain. Instead of resisting the move, Erinn embraced it as an opportunity to see the world. For safety reasons. Erinn and Marc were wed in a civil ceremony before they moved. Nine months later, they came back to Charleston to have the “official” wedding and reception at Daniel Island Club. Their wedding was elegant and sophisticated while still reflecting their unique lifestyle.The menu included traditional fare, but also featured a Chicken Tikka Marsala Station to highlight some of the cuisine they’ve shared together on their travels. 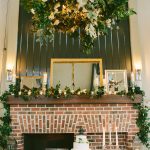 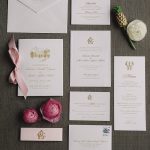 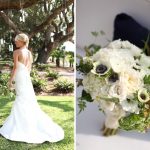 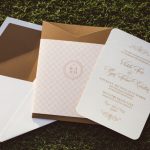