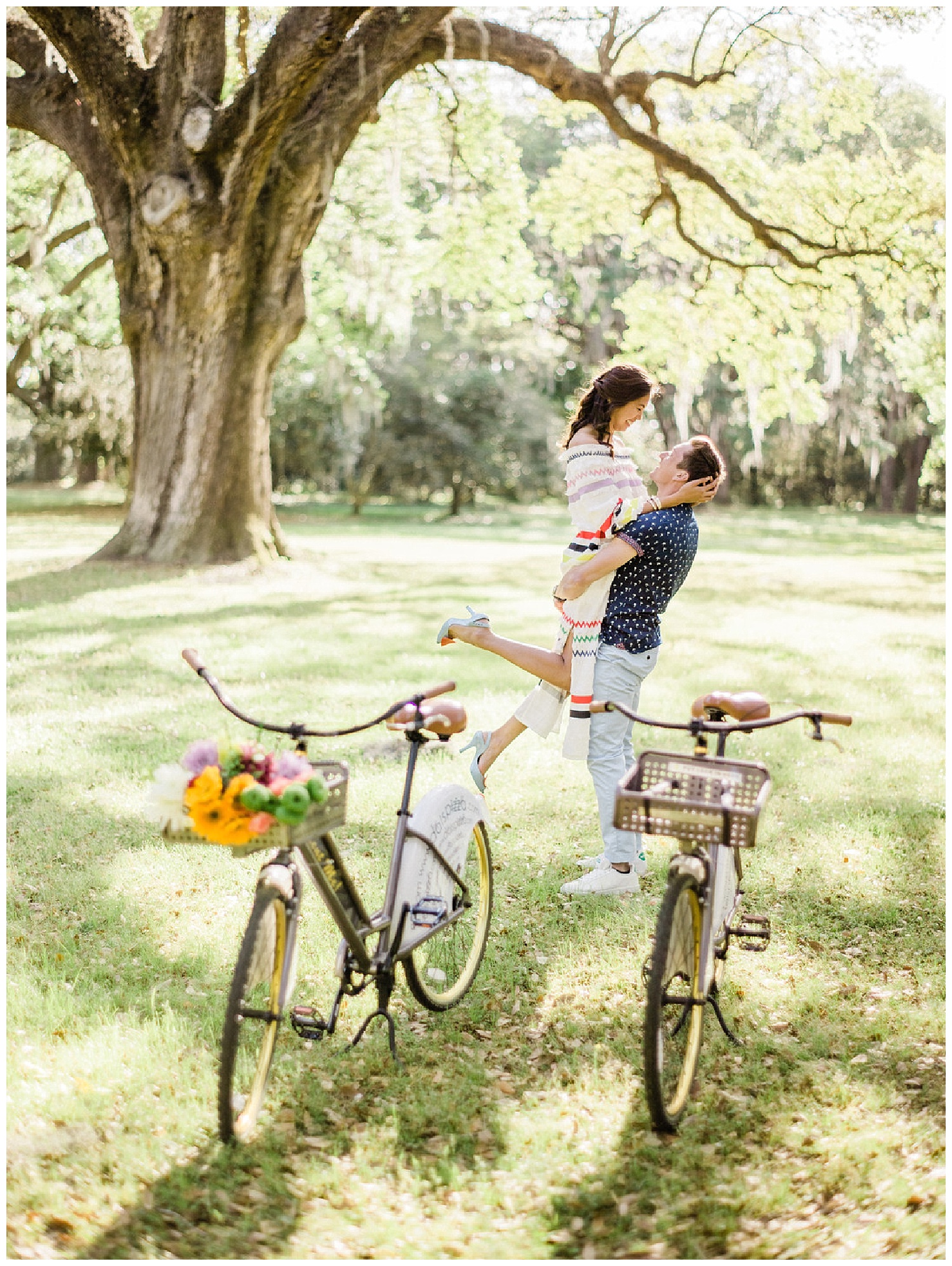 After connecting on Tinder (both are adamant that they were each on it for a short, short while) Charleston residents Arlene and Andrew met at a local café where she says she knew she was in trouble—the good kind—as soon as she saw him in person. That meeting launched the pair into dating, and a few years later they were vacationing in Toulouse, France, where Andrew’s great aunt lives. Here’s what happened one night: “Andrew was already under the covers,” says Arlene, “while I was doing my before bed ‘beau-tine’—face moisturizer, deodorant, Q-tip in my ears, etc. I was recapping how great of a day we just had and I remember gabbing away then catching him looking at me in a different and funny way that made me feel self-conscious. When I climbed into bed, a little red box tumbled and I thought, ‘Oh, that’s a pretty box. This must be earrings or a necklace.’ I opened it up and it was a beautiful diamond ring.

He laughed and popped the question, and then showed photos of him visiting her dad with the ring while asking for pop’s permission. When the couple got back to Charleston, they were ready for photos and hired photographer Philip Casey to snap them at Charles Towne Landing … and at home, too. Since the couple has a fondness for riding bikes, love the park as “theirs” for their visits there, they cycled their way through the shoot. Amidst their at-home portraits, they had a mini jam session with Arlene and Philip on the piano and Andrew on cello. As for their wedding? The pair happily reports they happily said “I do” in the south of France, where the groom’s family is rooted. 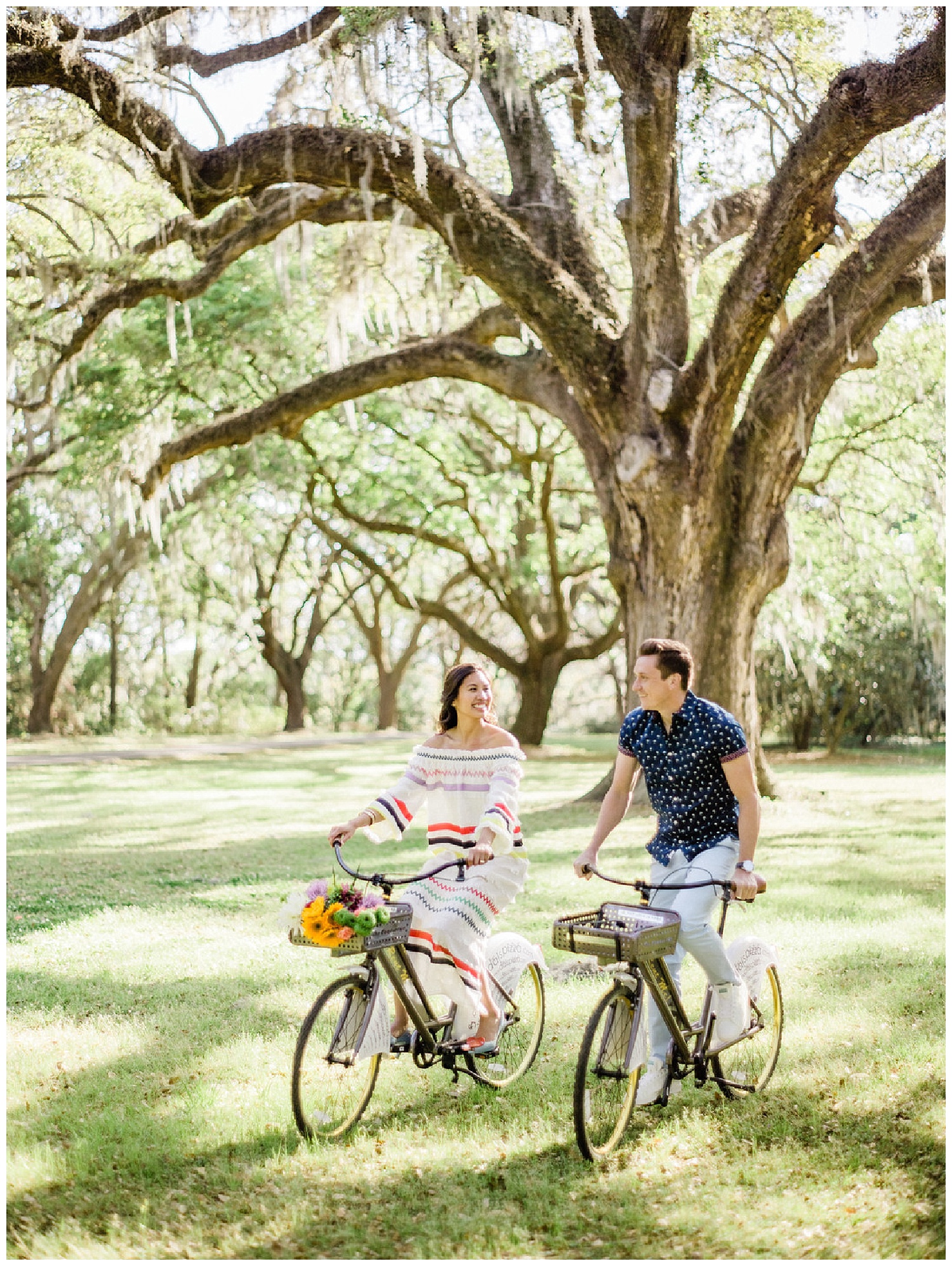 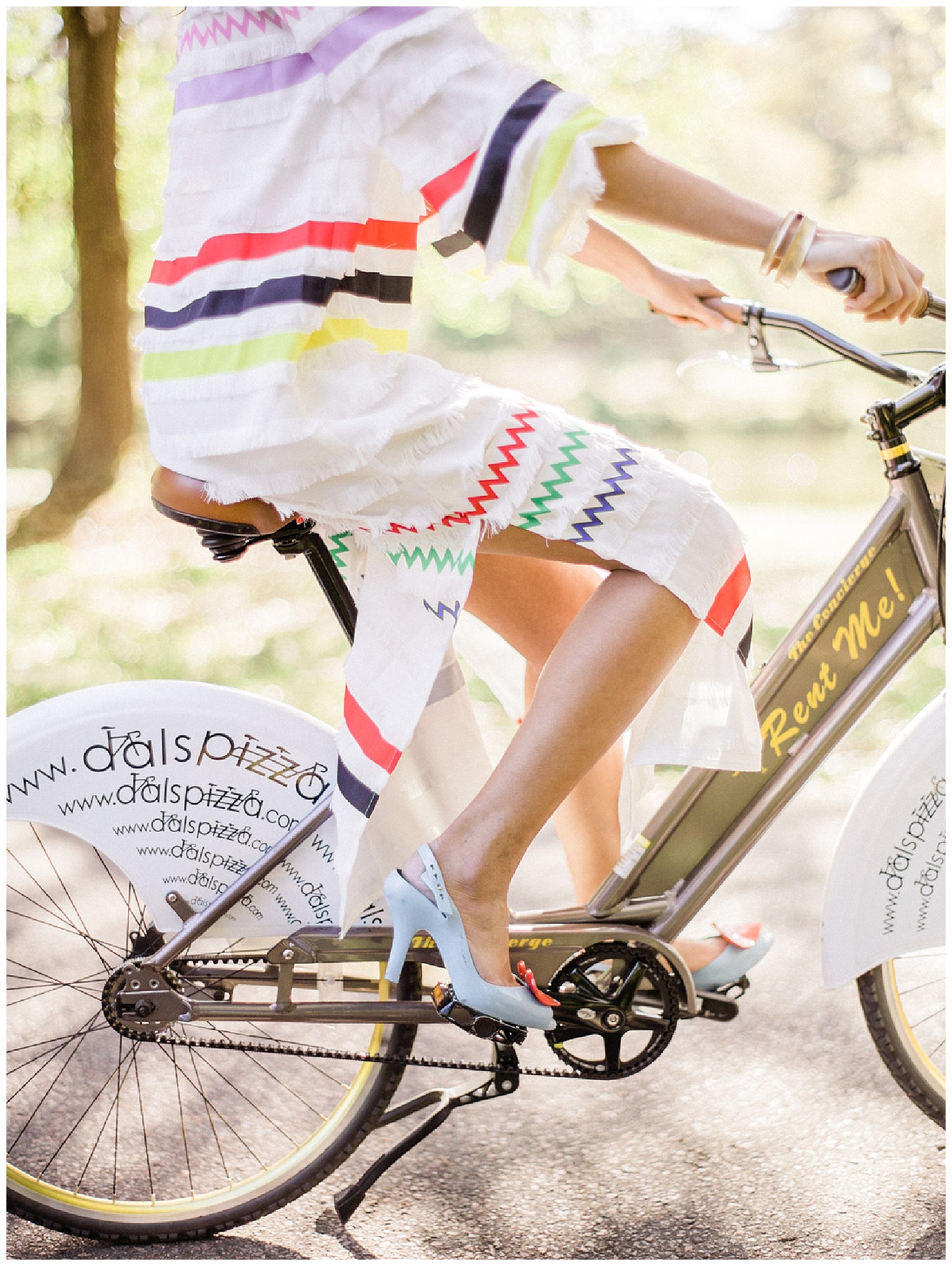 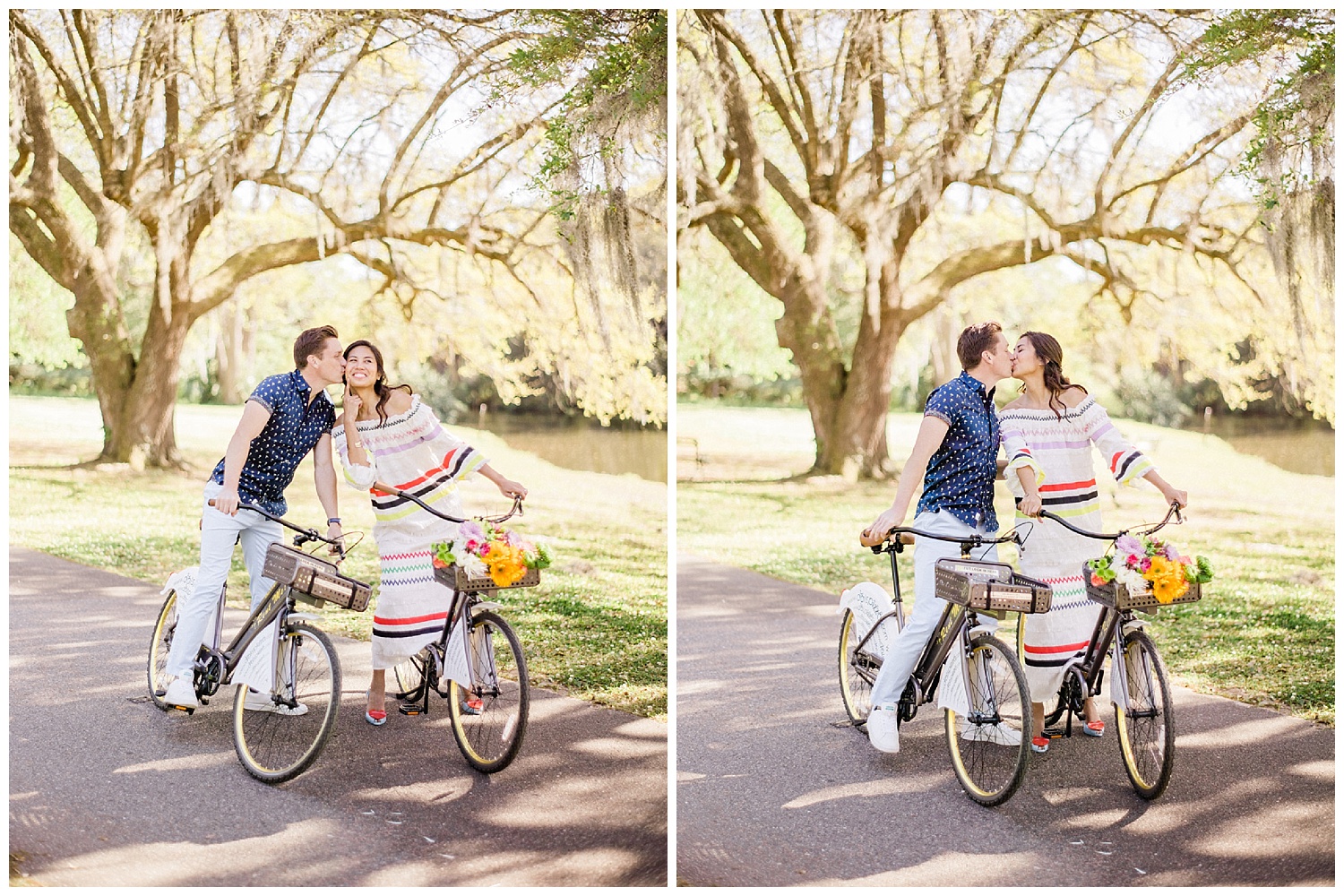 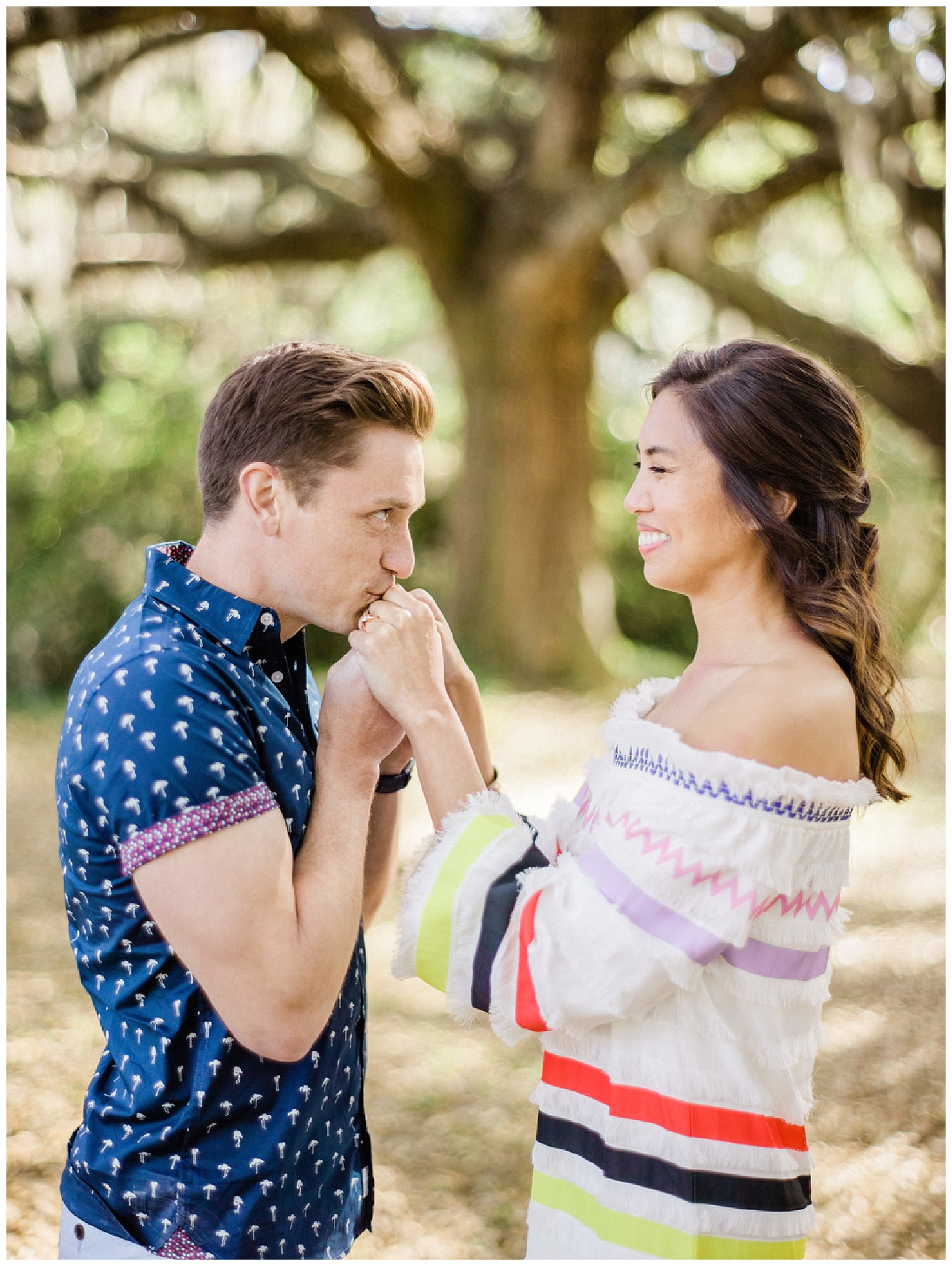 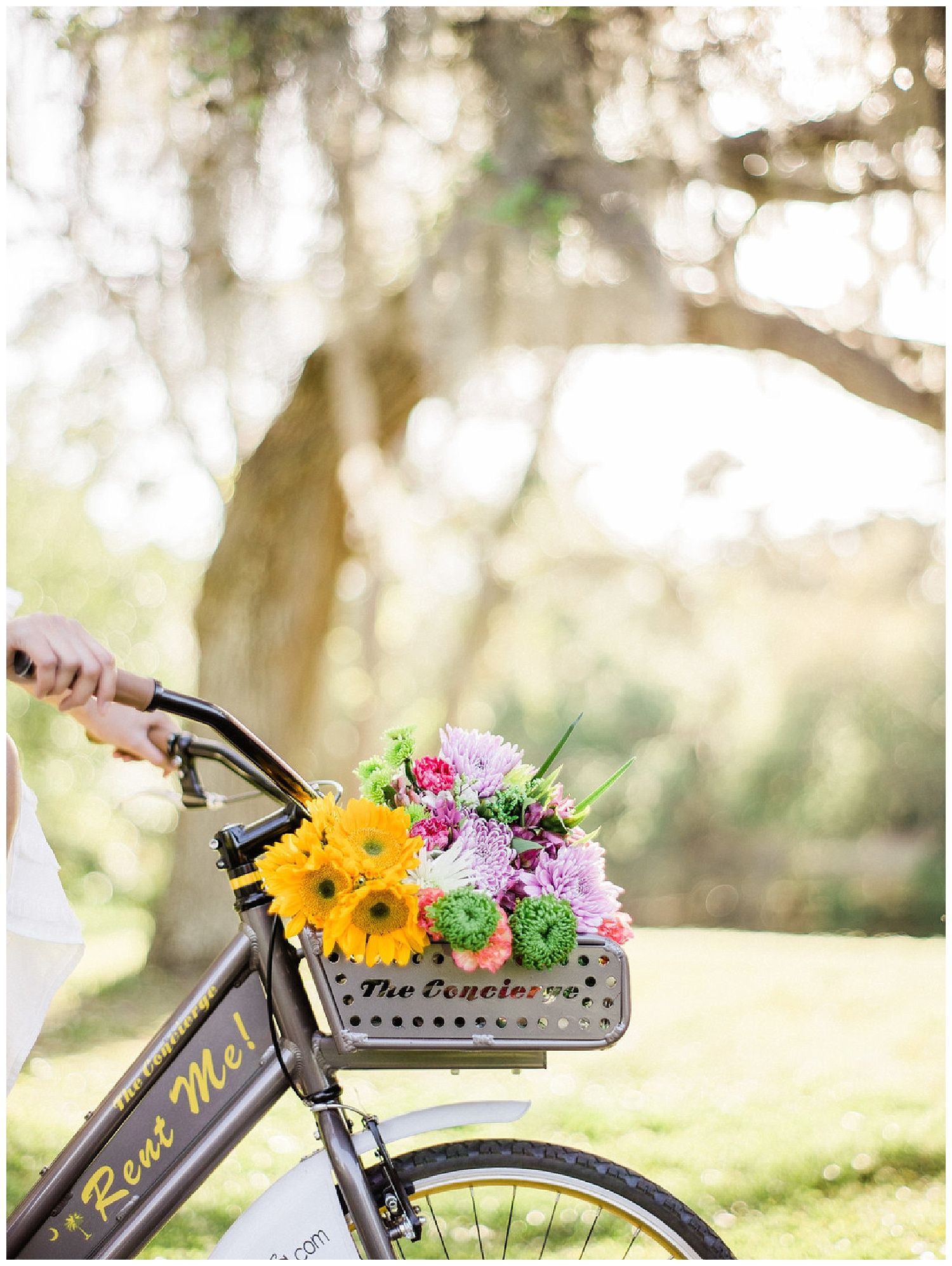 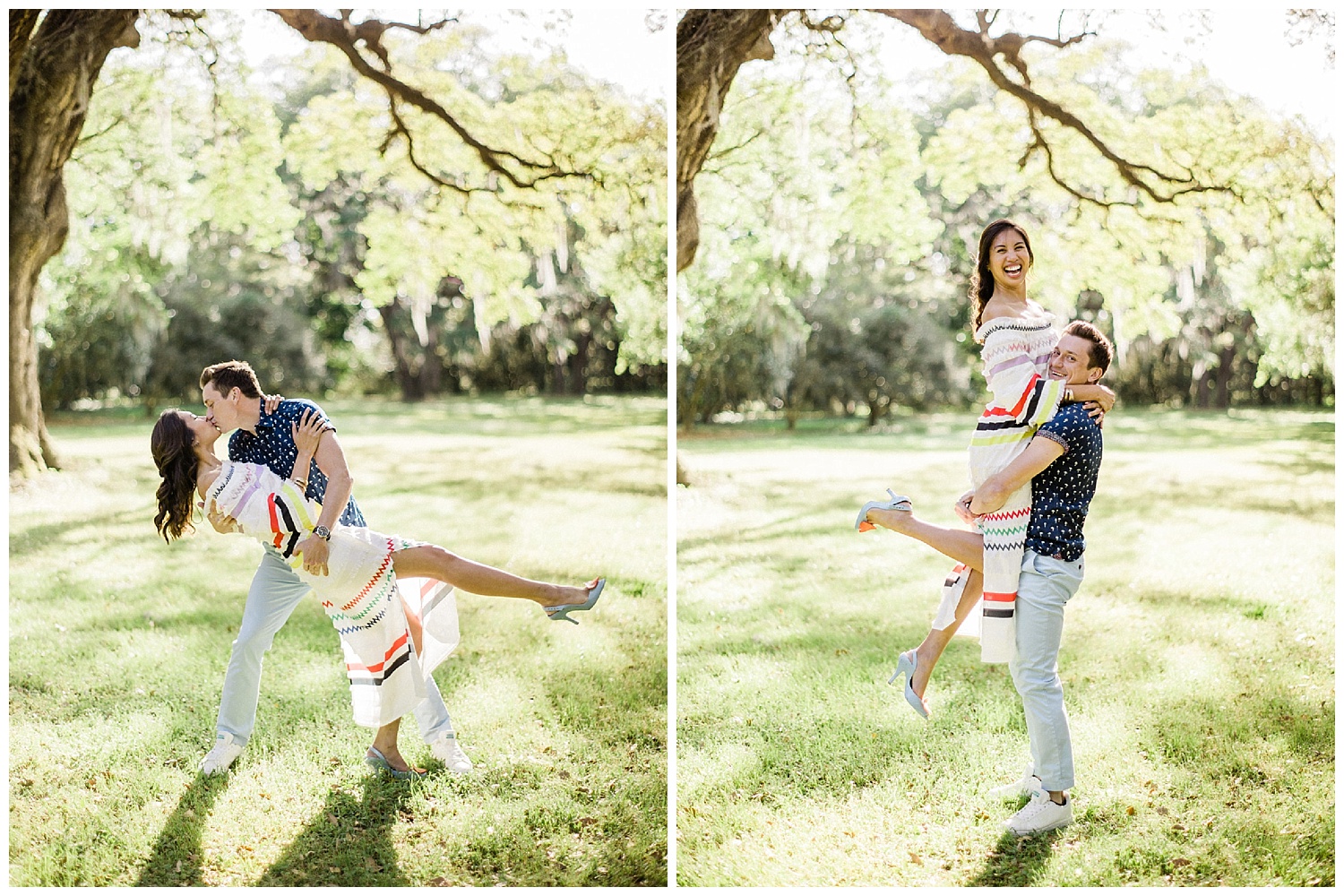 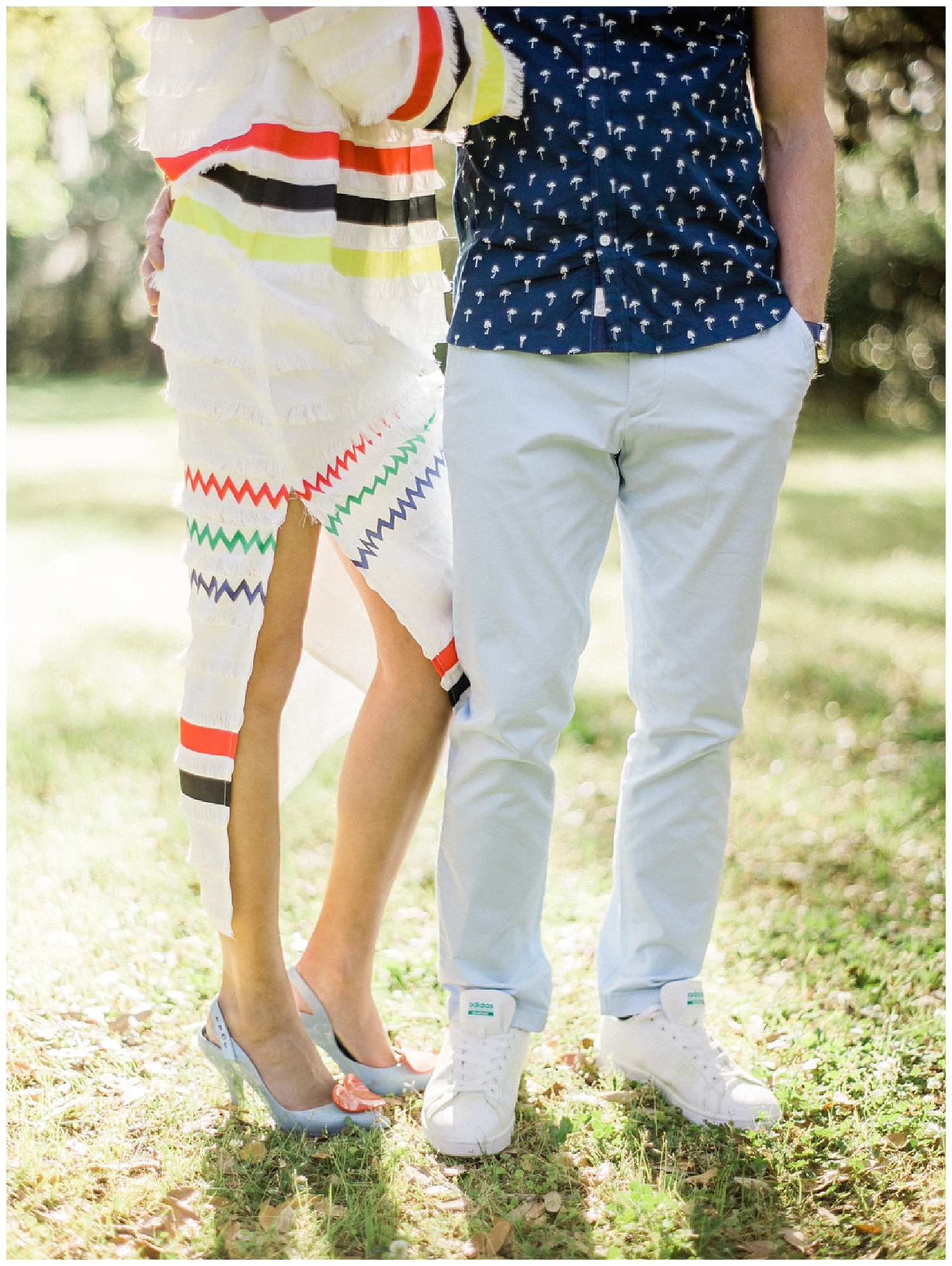 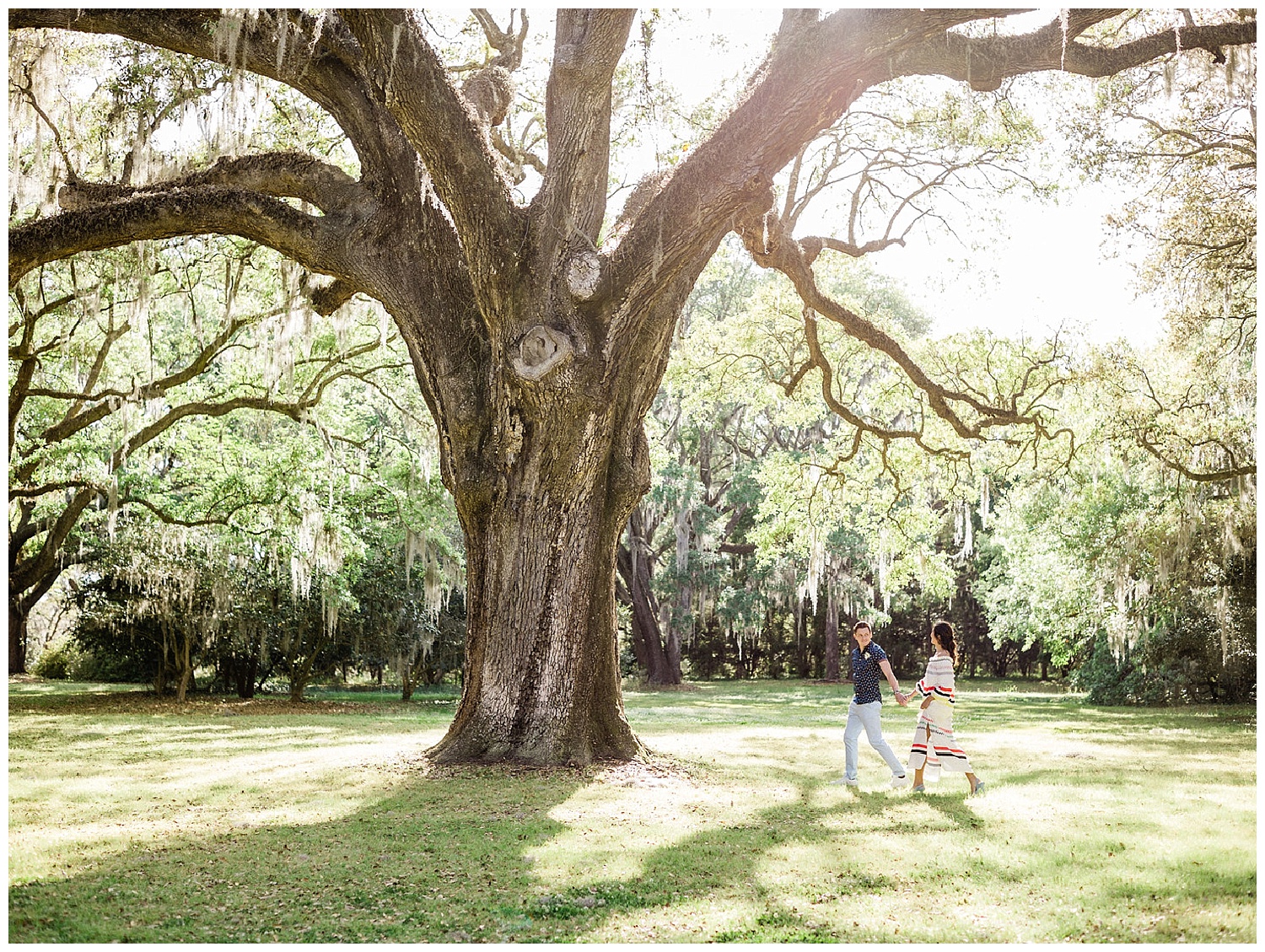 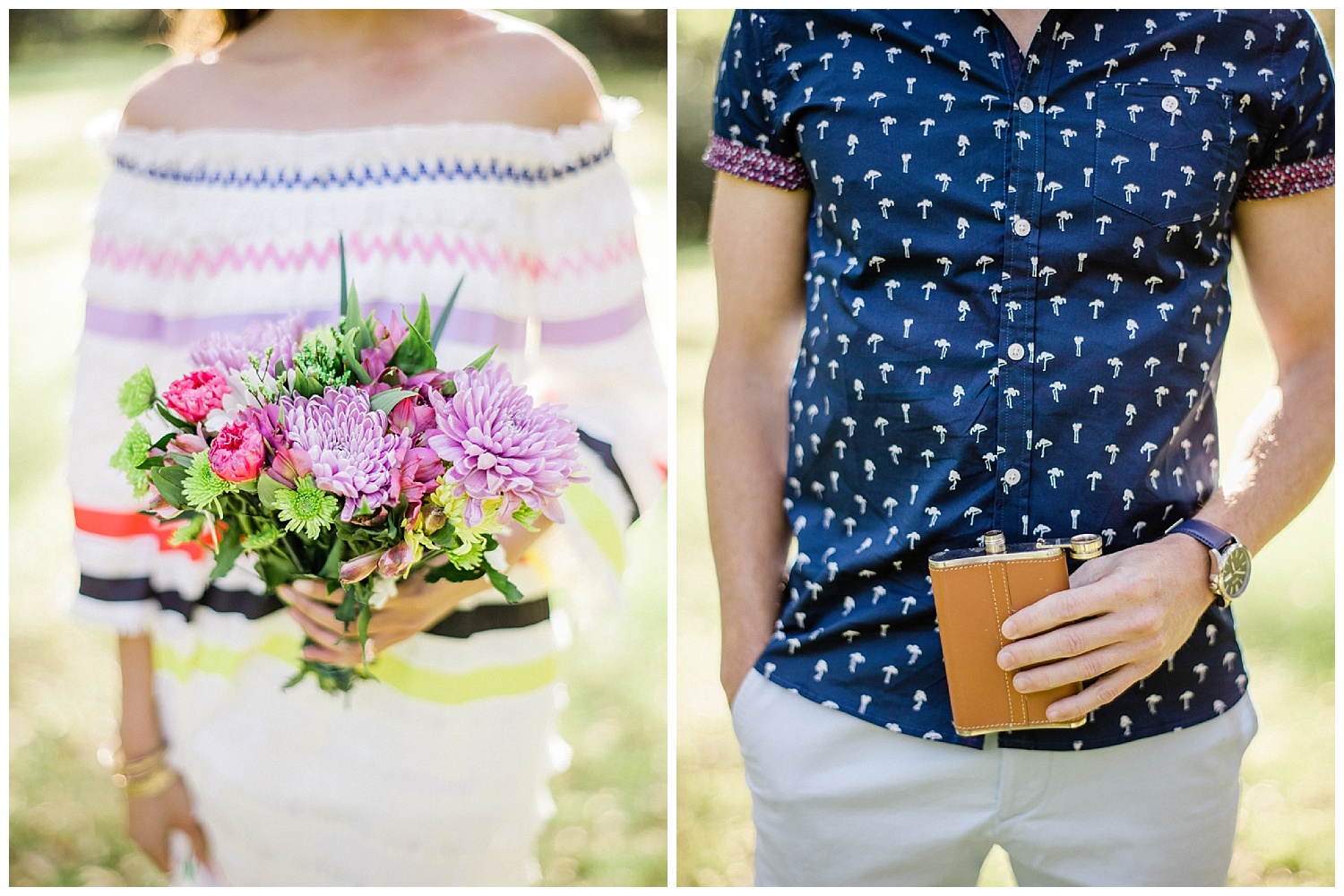 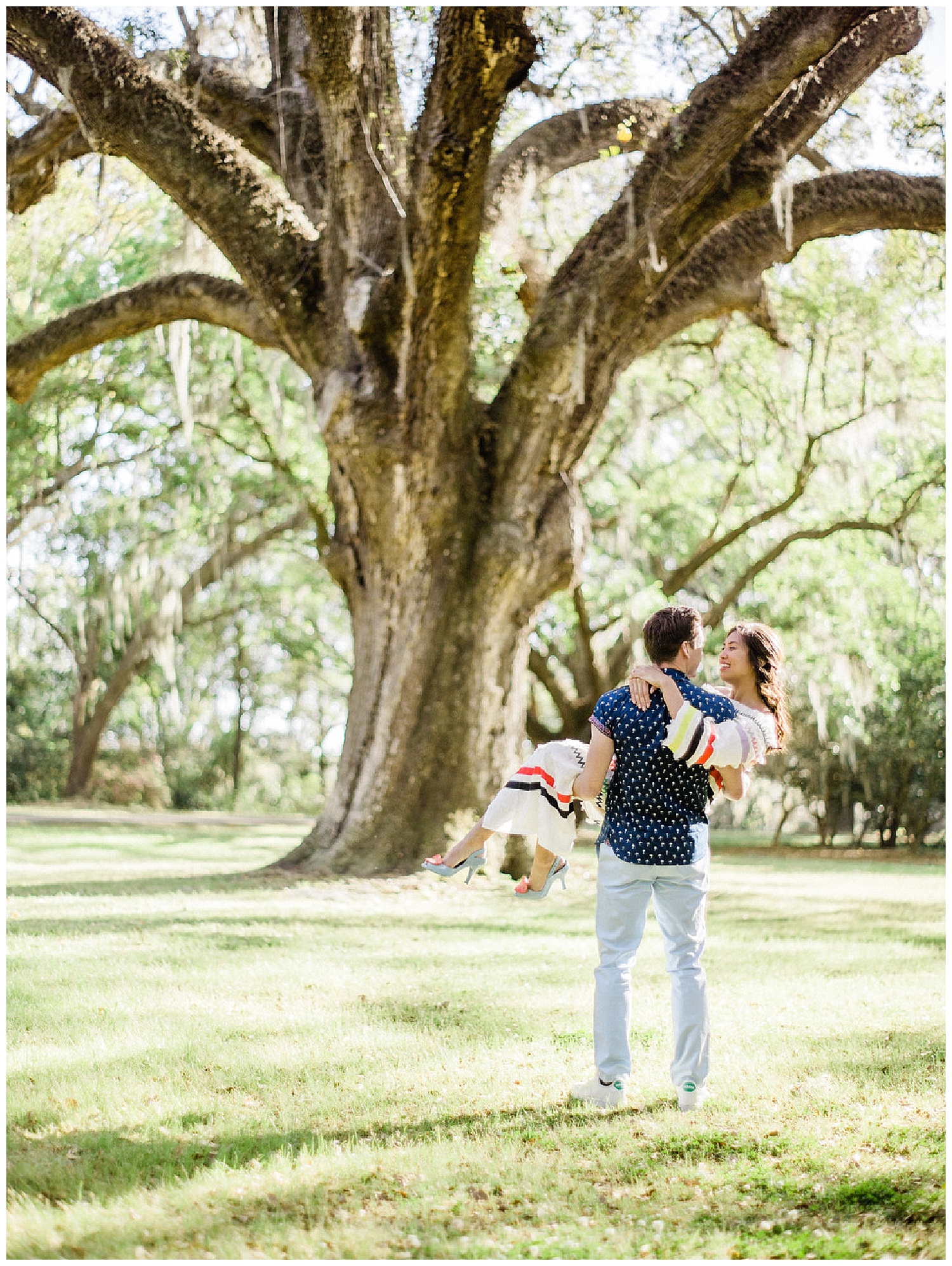 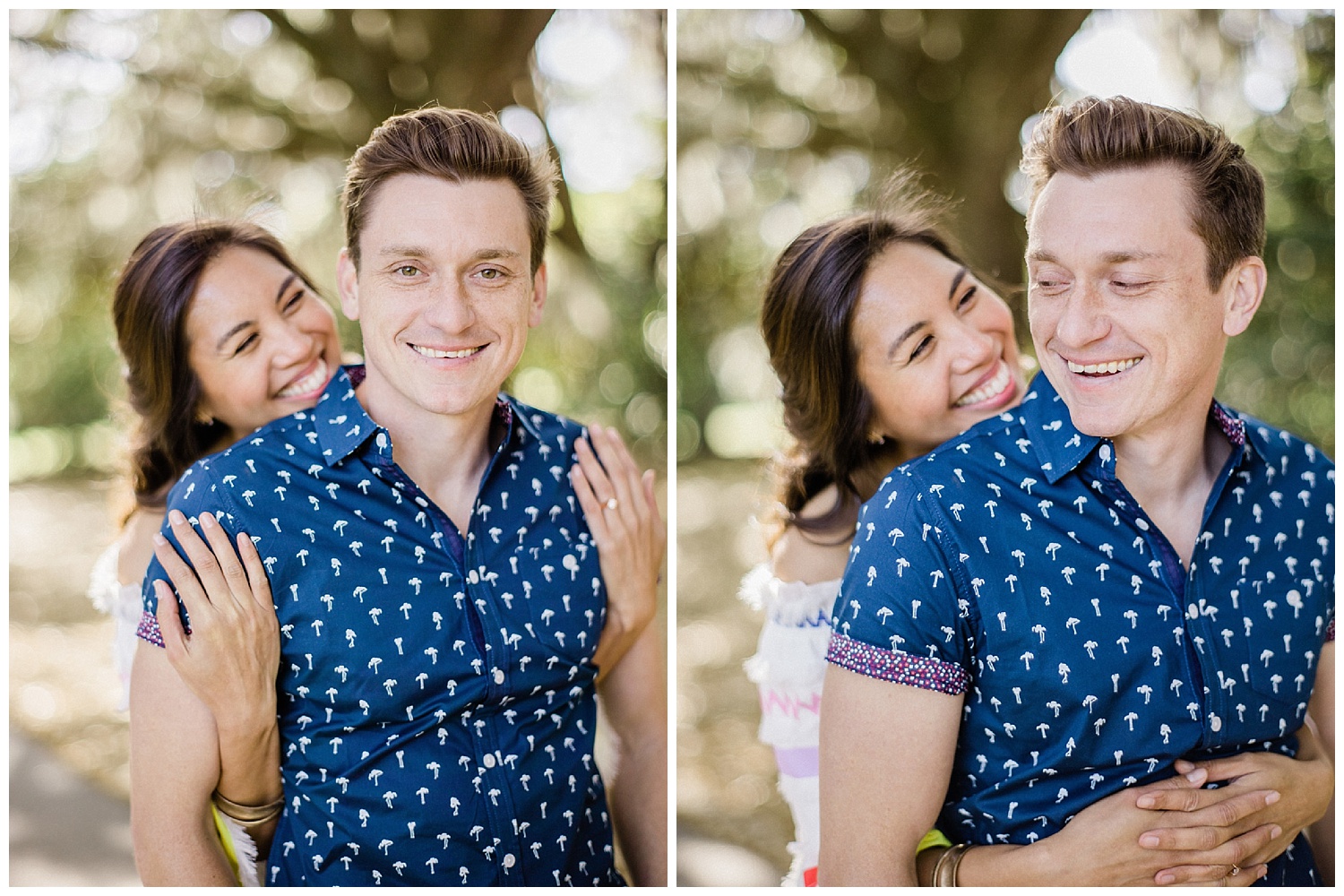 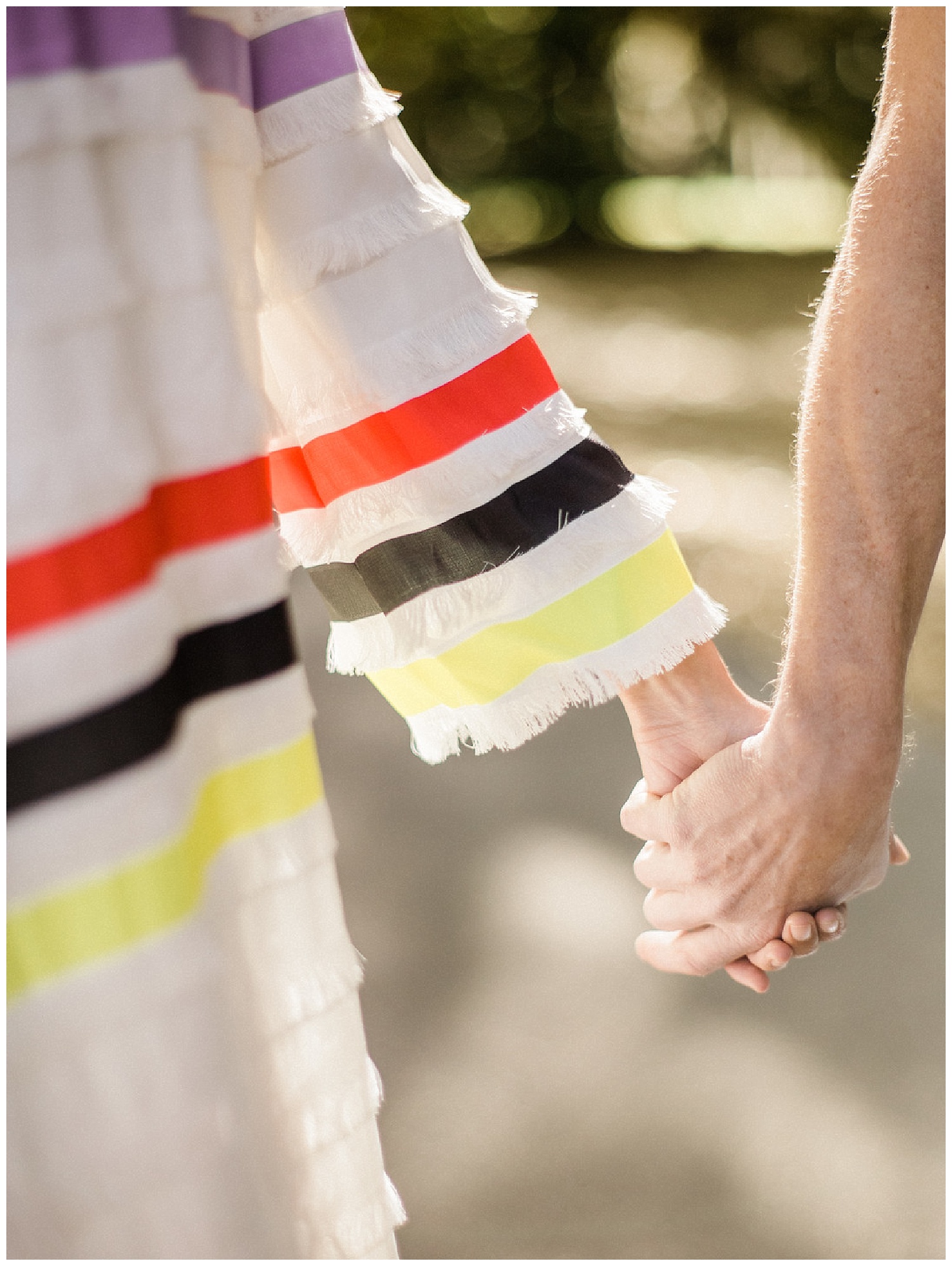 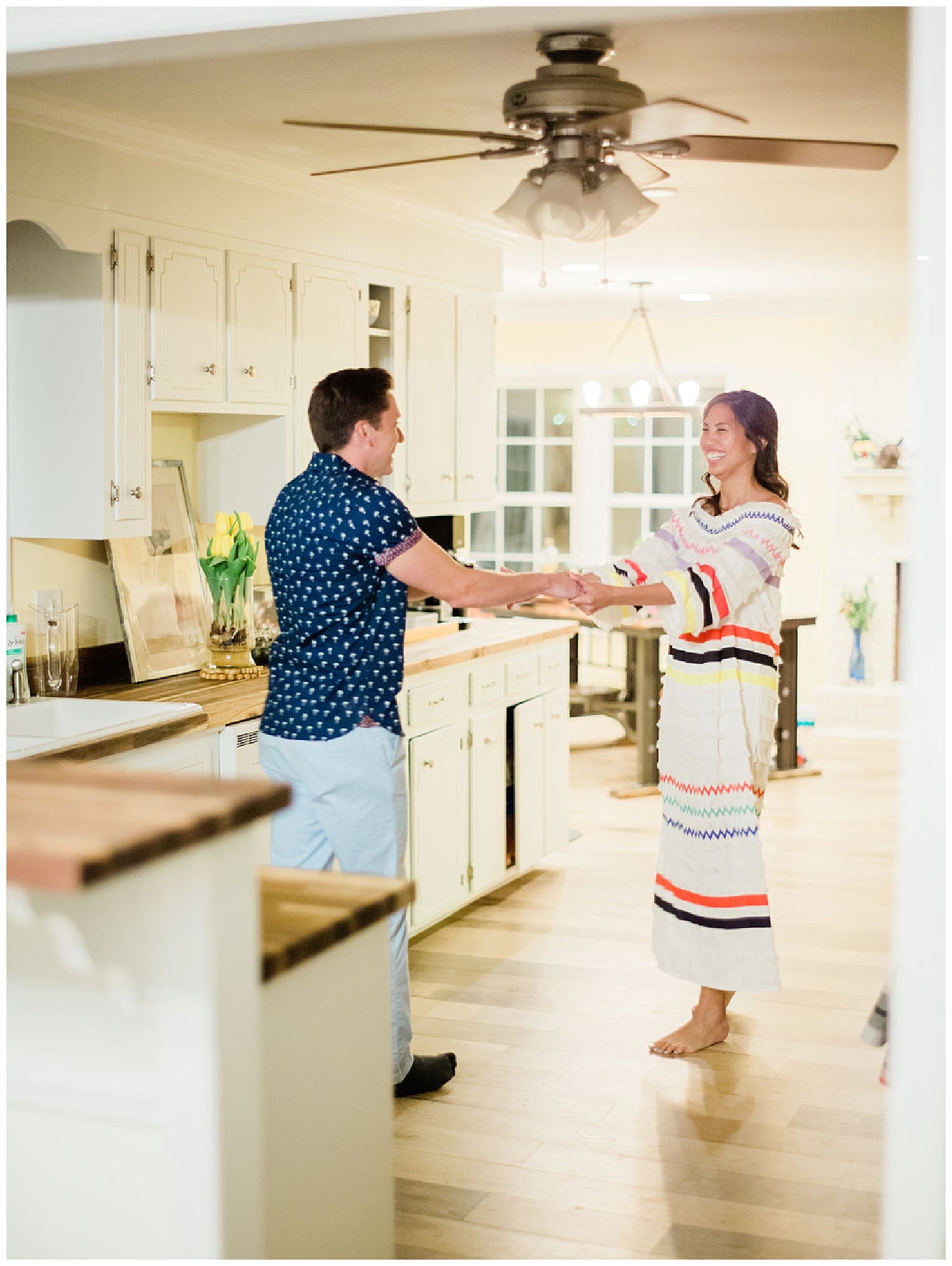 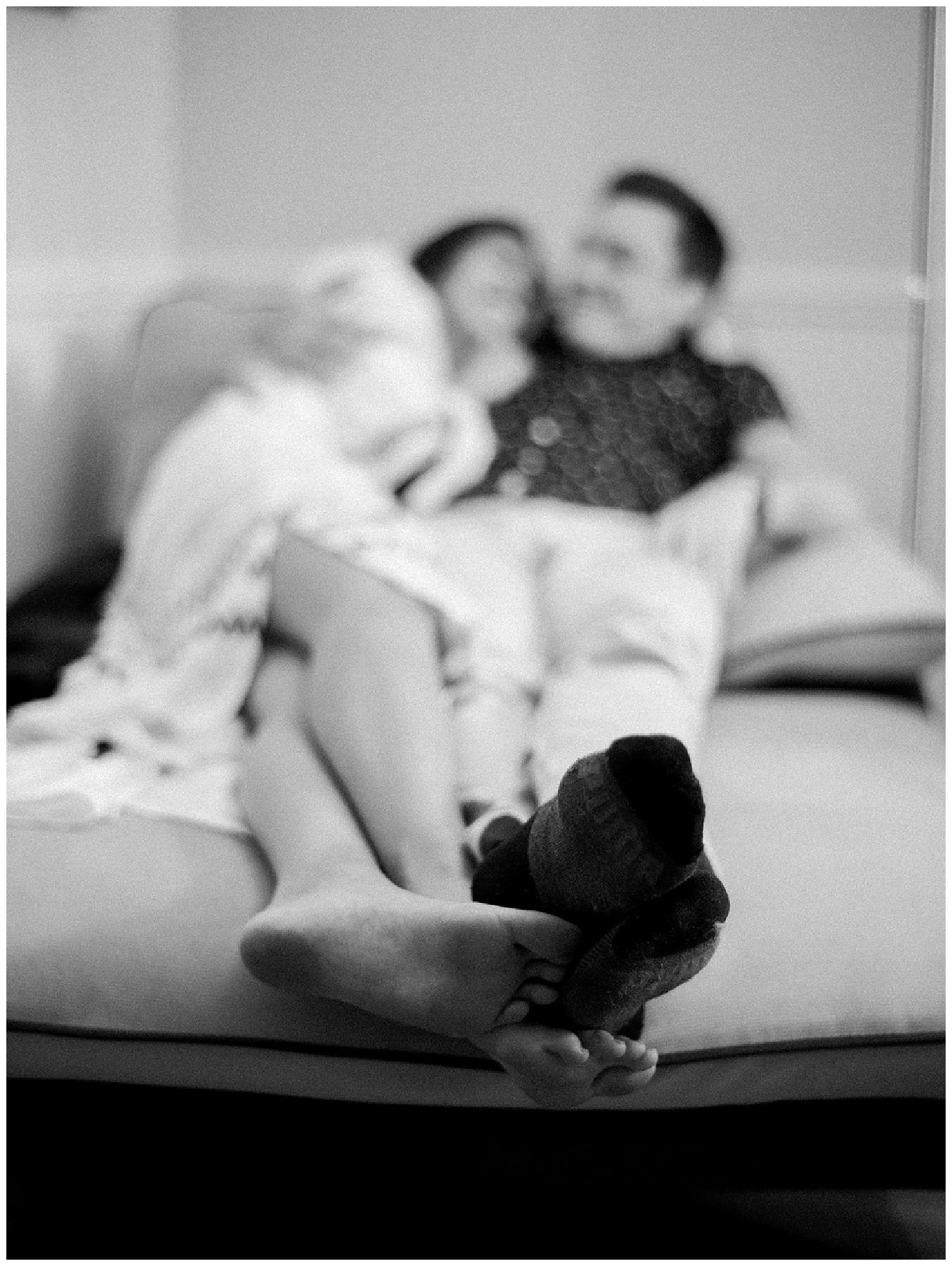 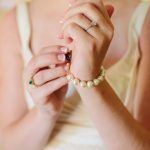 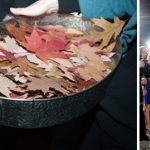 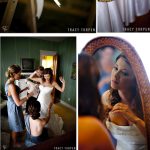 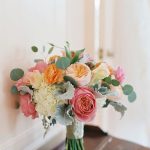