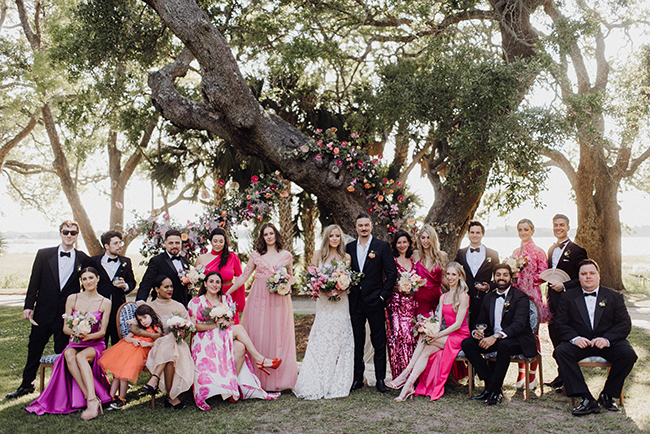 Disco balls, tarot readings, over-the-top flowers, mismatched seating, a golden dinosaur cake topper—everything about Anna Bazhenova and Dylan Lundberg’s wedding at Lowndes Grove veered toward the unexpected. And that’s just how the couple wanted it. While they may embrace a minimalist aesthetic in their home in New York City, where he works in tech and she owns a funky bodega with a hidden bar under the Brooklyn Bridge, Anna wanted the exact opposite for their Big Day: “vibrant, maximalist, colorful, larger-than-life,” she says. 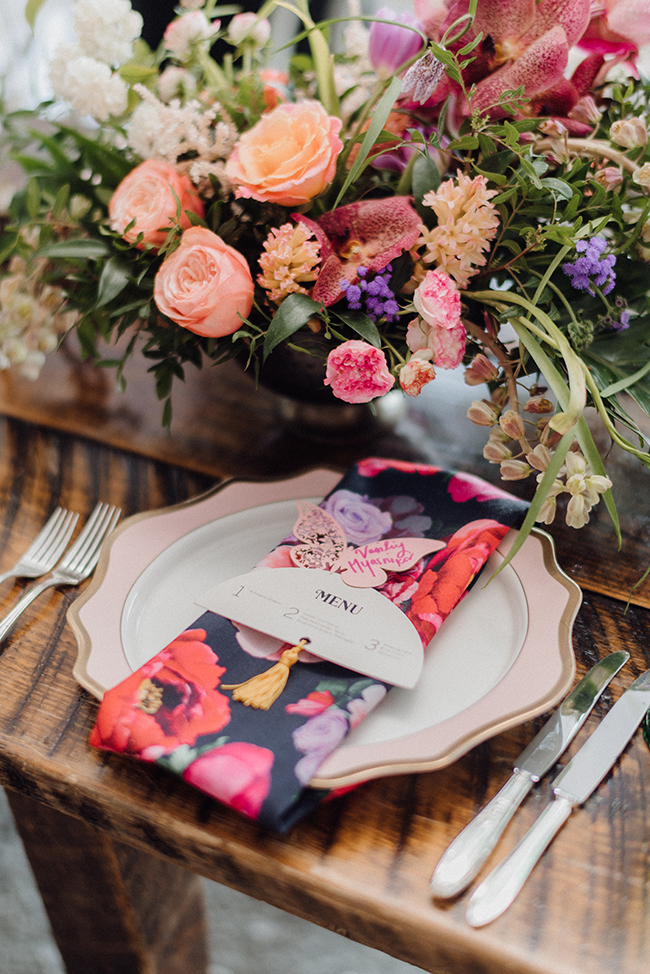 The couple enlisted the help of Carri Tanner of Mac & B Events and The Bearded Florist Noah Sanderson to help create the bride’s vision for an outrageous eclectic garden party, and Lowndes Grove was perfectly suited for the house party mansion-on-the-water vibe they’d hoped for. 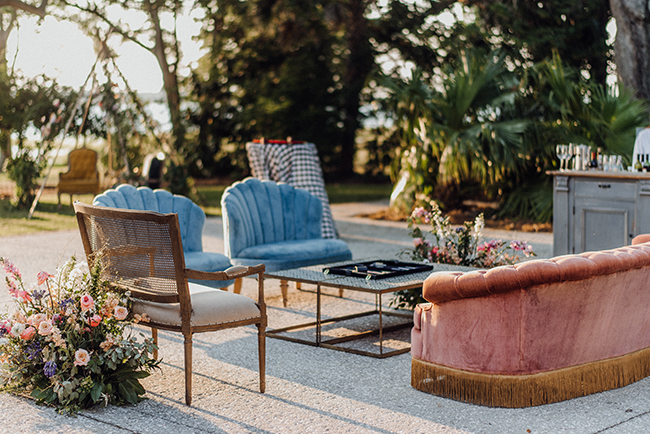 Ooh! Events and The French Eclectic had just the right mix of mismatched vintage furnishings for the ceremony, lounge, and reception areas, while Noah’s awe-inspiring floral installations spilled from trees, the stairwell, and sprawled above the dinner tables and dance floor. 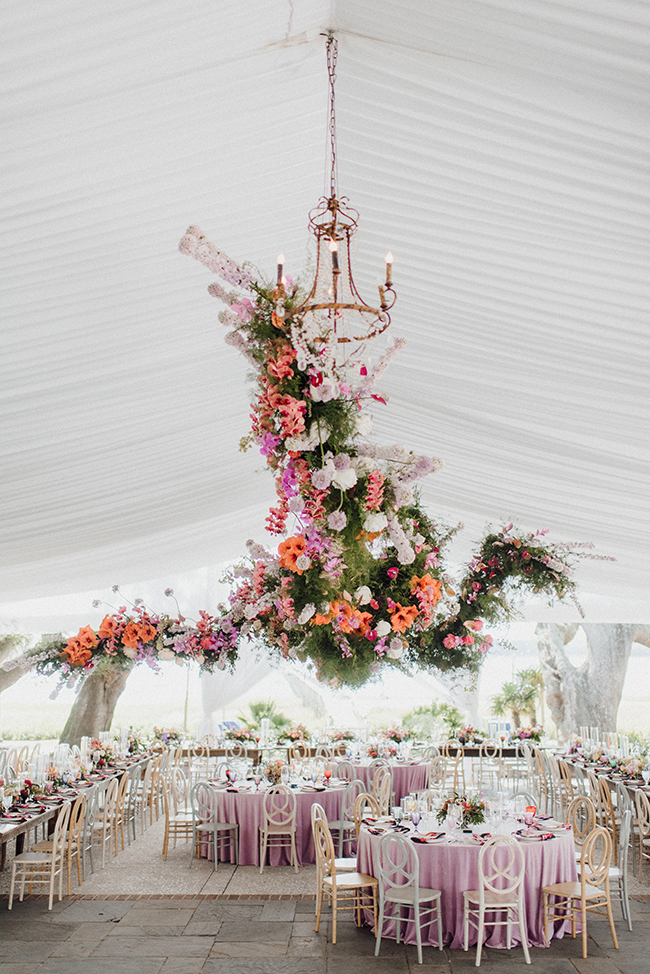 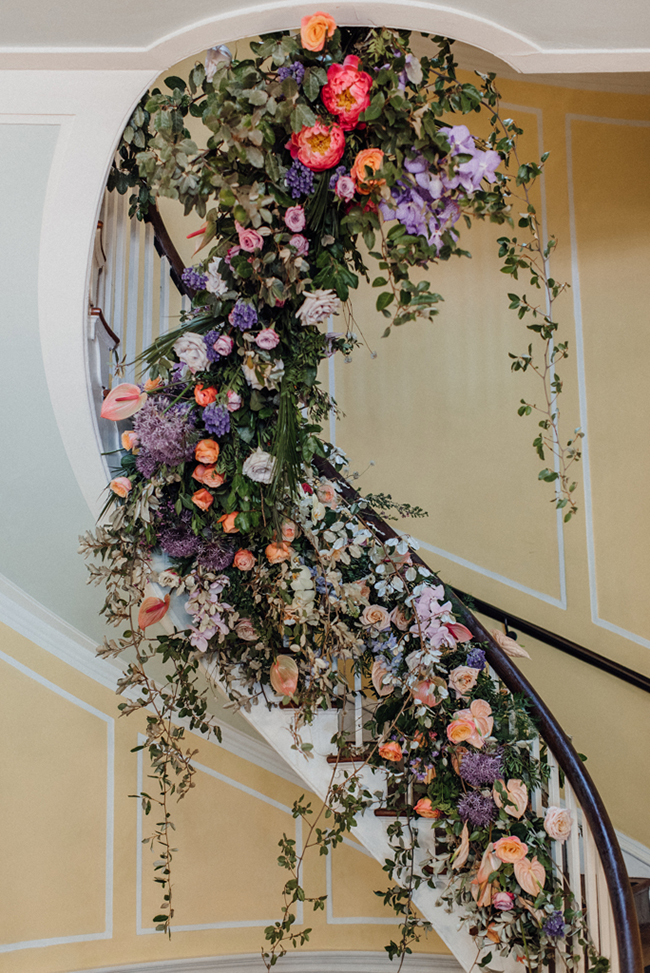 Unlike many brides he works with, who typically stick to a palette of four or five colors, Anna went big with eight-plus hues, from bright corals, pinks, and yellows to burgundy and deep green. Noah made a splash through both size and contrast, placing bright blooms against the moody darker tones. 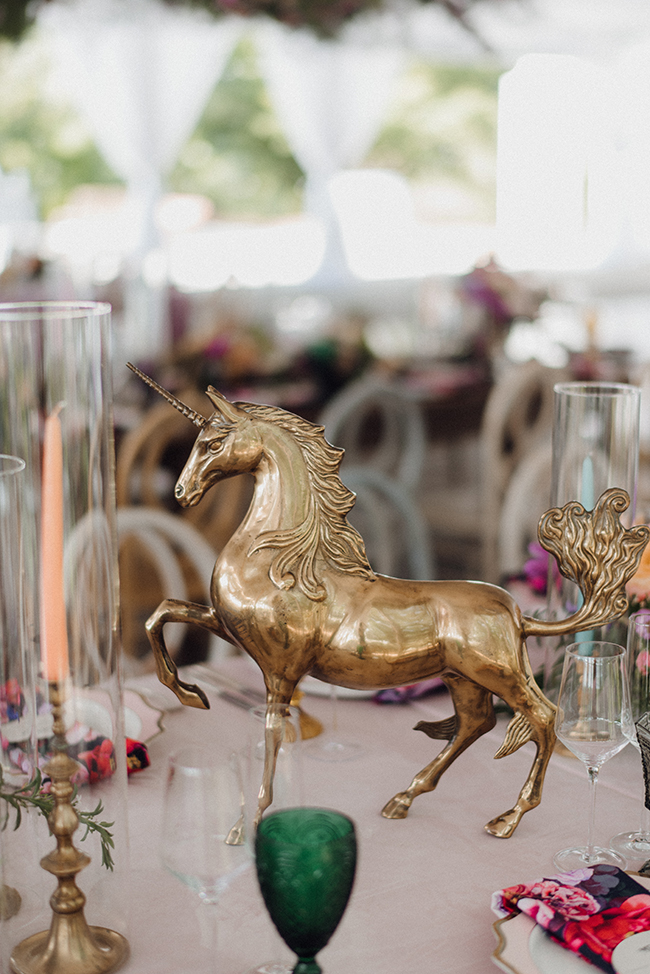 Noah also introduced the brass figurines that graced the reception tables, furthering that unexpected element the bride and groom wanted. 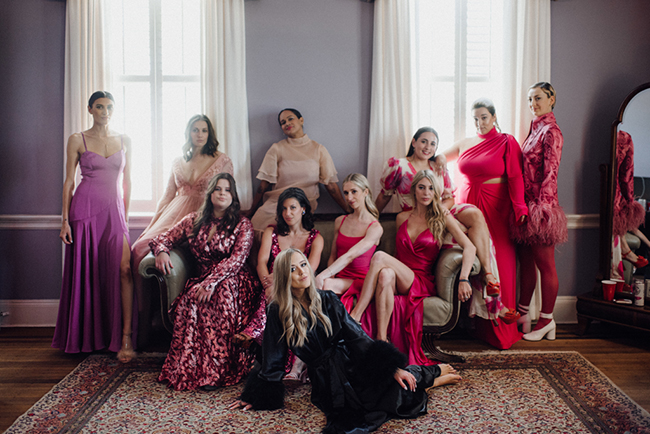 Anna’s artistic background in fashion design in the bridal party attire. Anna asked her bridesmaids to wear whatever they wanted in pink, and in true New York fashion, her gals went high, donning feathers, sequins, and designer dresses and shoes. 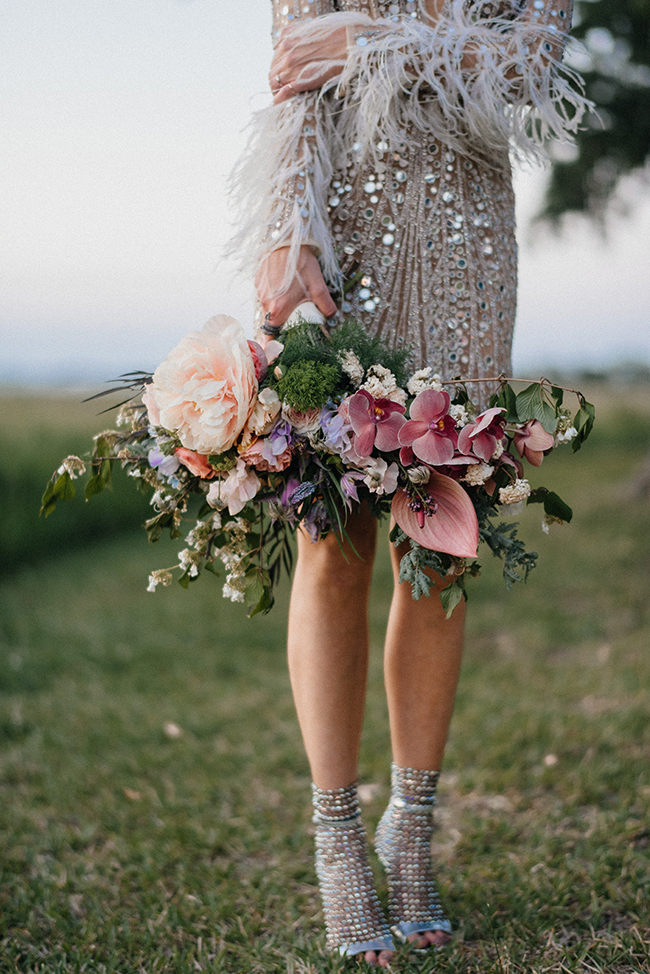 Anna, too, went all out, with a Vera Wang dress and veil, mismatched star earrings by Jennifer Behr, and her favorite piece, Rene Caovilla fishnet heels. 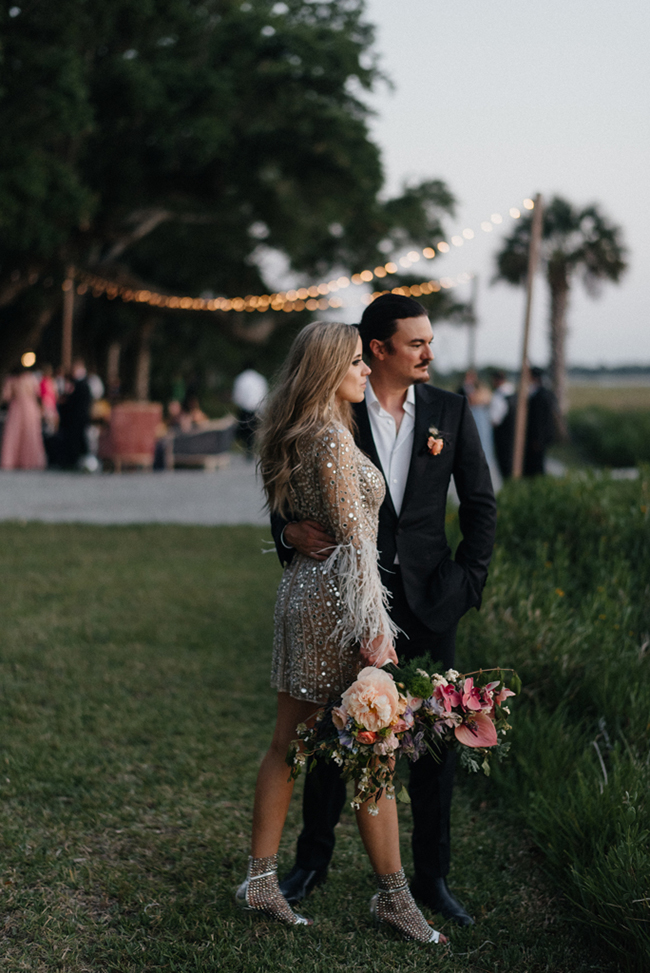 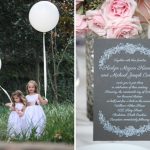 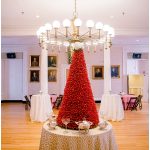 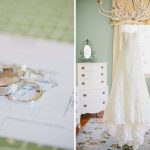 Jenn & Robert (Legare Waring House)
By weddingseditor January 09, 2013
Welcome to The Wedding Row… Charleston’s ultimate resource for the most elegant and innovative weddings, along with all the posh details.