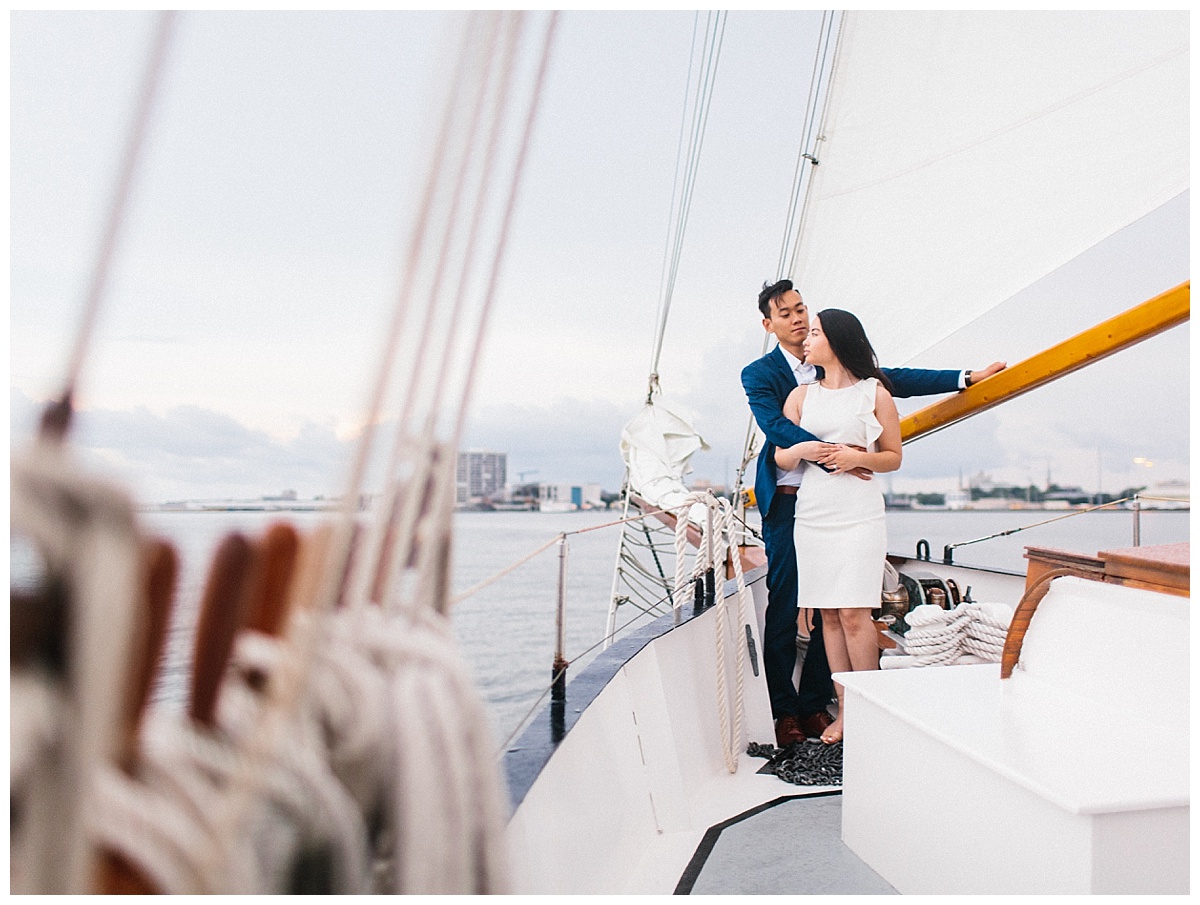 Today you’re in for a sweet little look at Alit and Soulegha’s beautiful engagement session. The two have known each other since childhood (their parents were longtime friends), but they didn’t start dating each other until after high school. Fast forward five years later, and as soon as it was Valentine’s Day—we’re talking minutes into the day, just strokes after midnight—Soulegha surprised Alit with a handwritten letter, pink roses, and question on bended knee: “Will you take my last name?” Since the two, who live in Spartanburg, South Carolina, are originally from Rhode Island, they told photographer Rachel Red that they really wanted to capture a nautical New England-meets-The South vibe in their announcement photos, especially since they are getting married out of the country. The solution? Renting the Schooner Pride and sailing the Charleston Harbor at sunset. “These type of sessions are always my favorite,” Rachel says. “Anyone who takes the time to show a story and sense of place in their images shows that they care about the people they are sharing the images with.” Congrats to the newly engaged couple and we hope you enjoy the charming photos as much as we did! 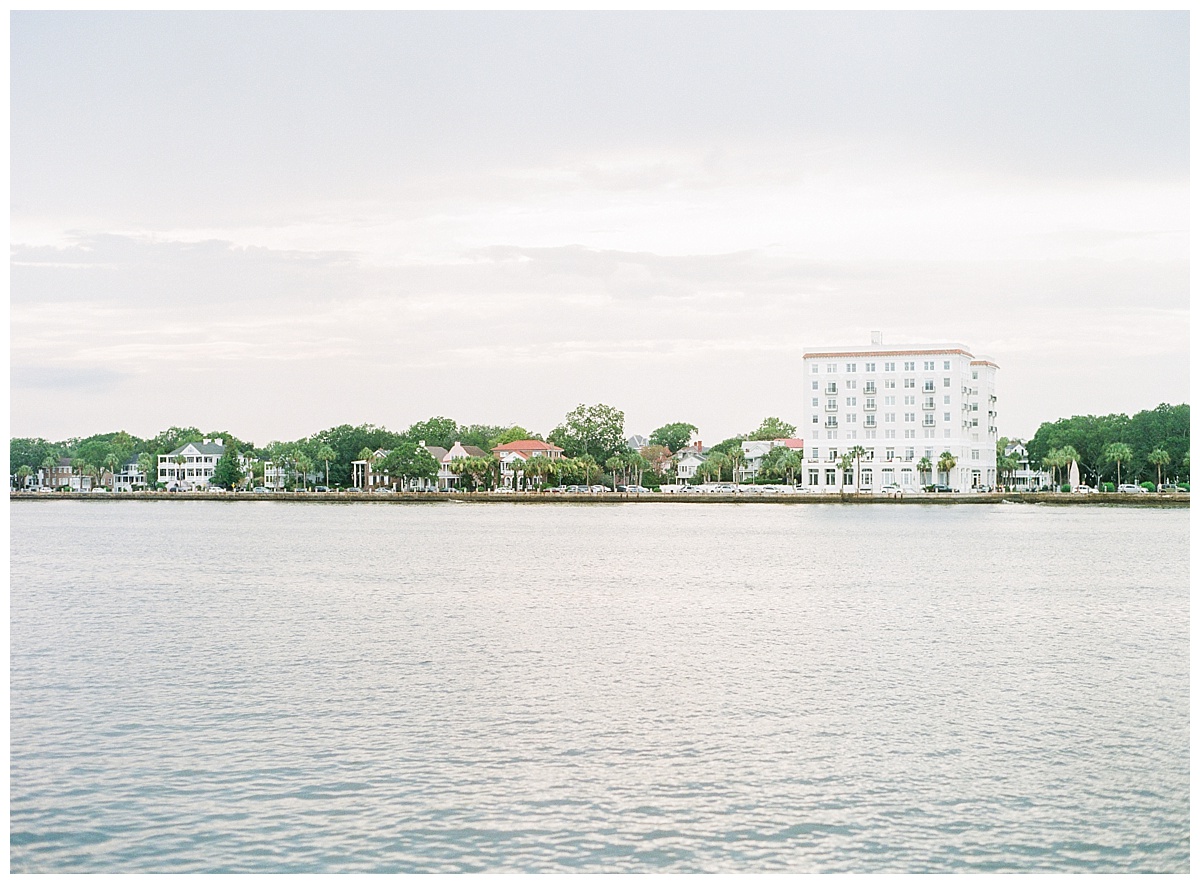 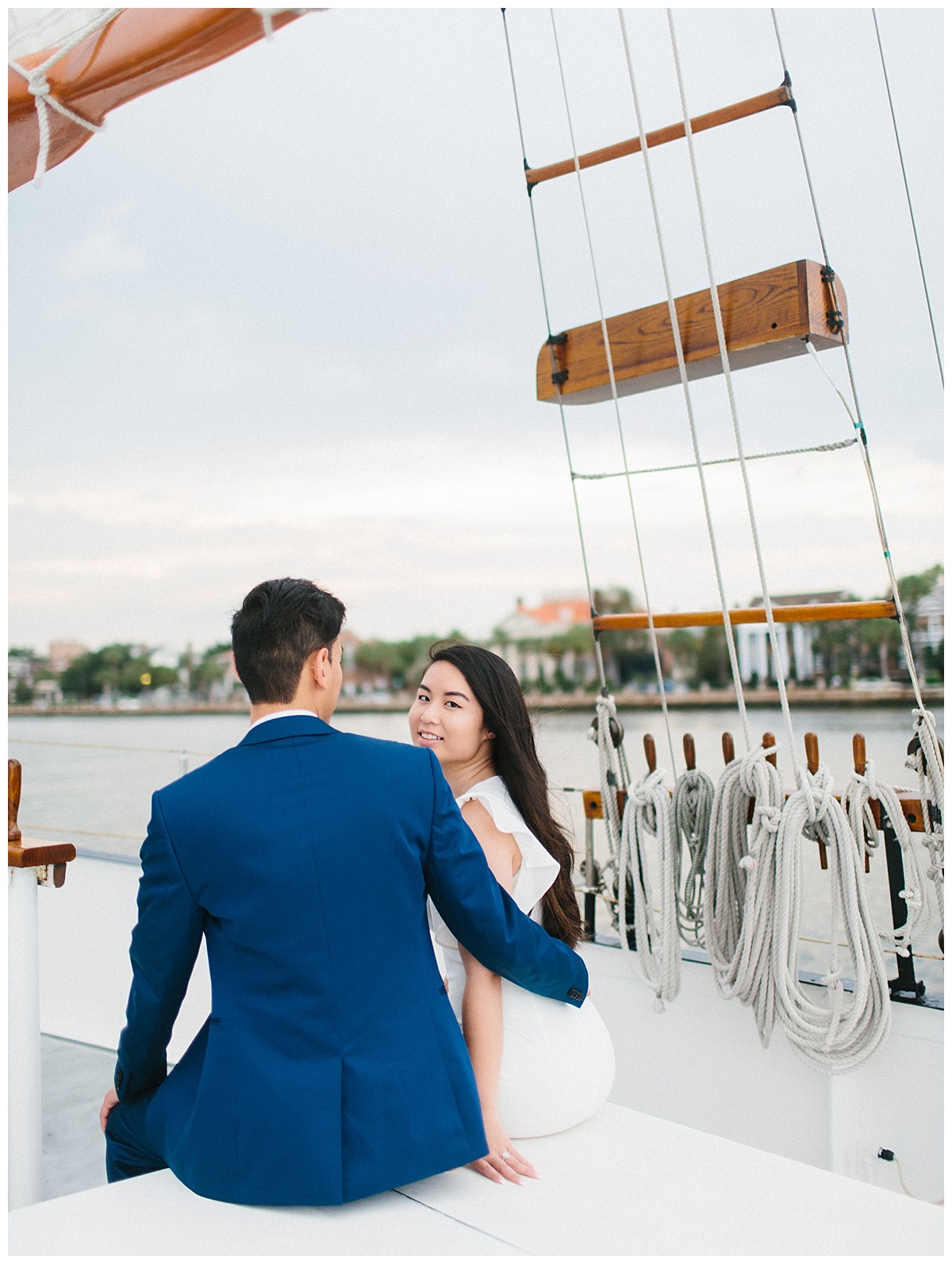 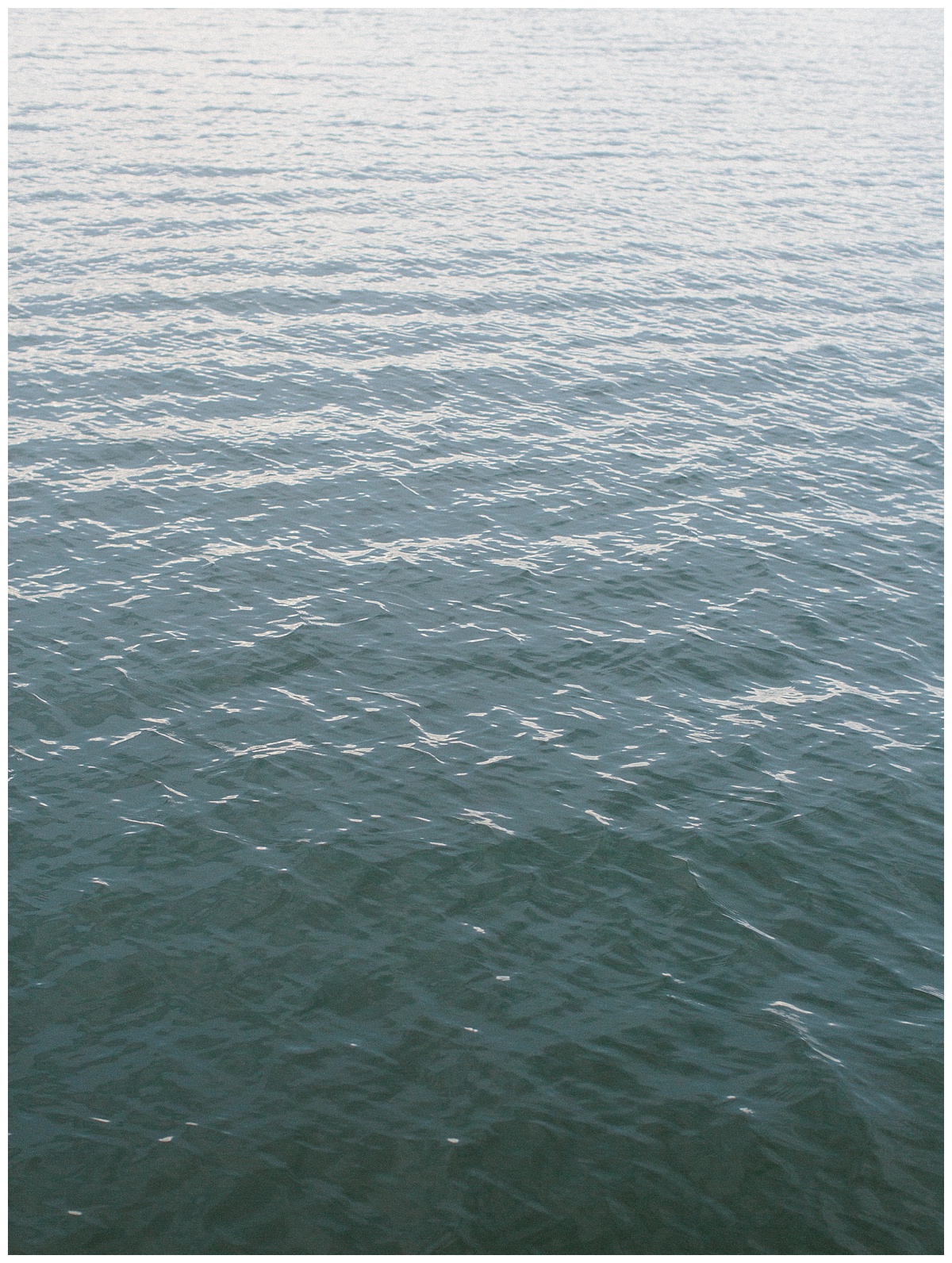 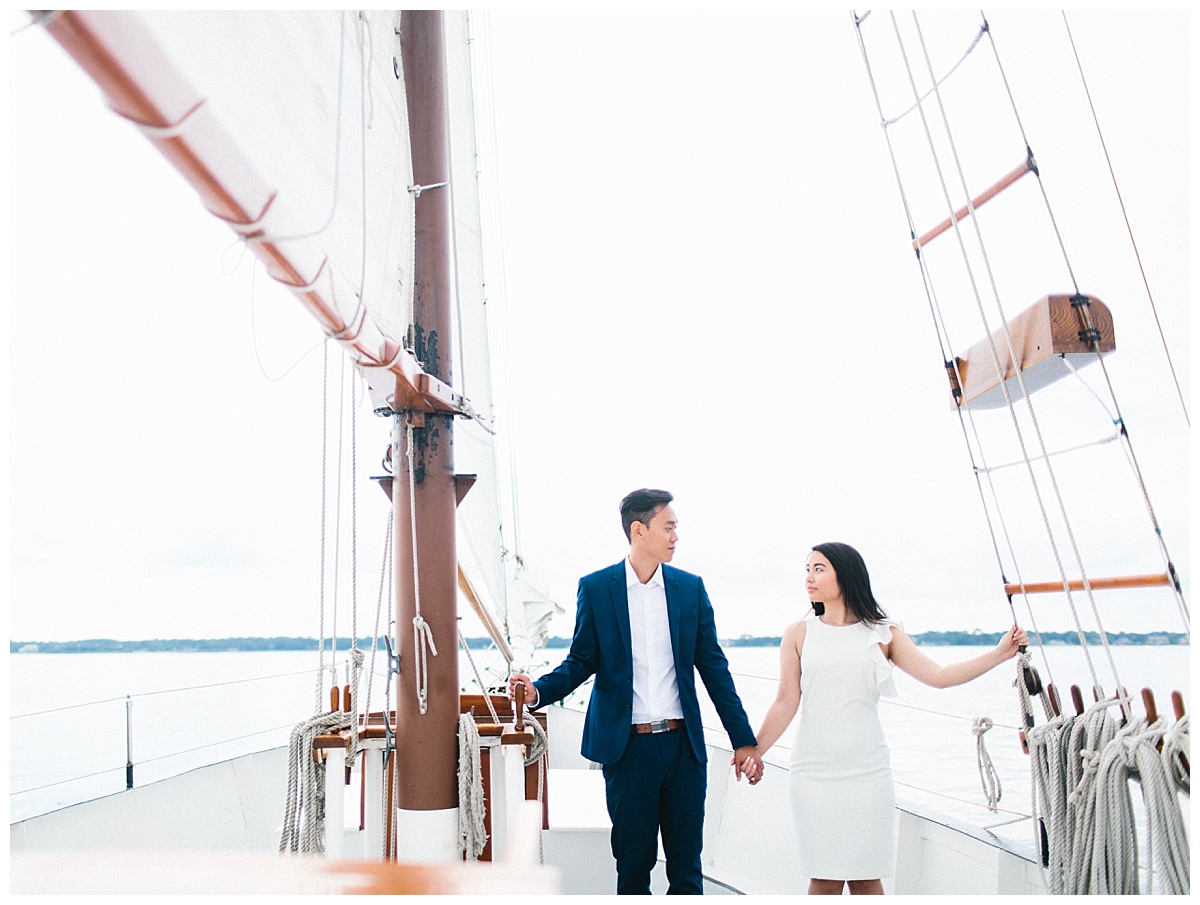 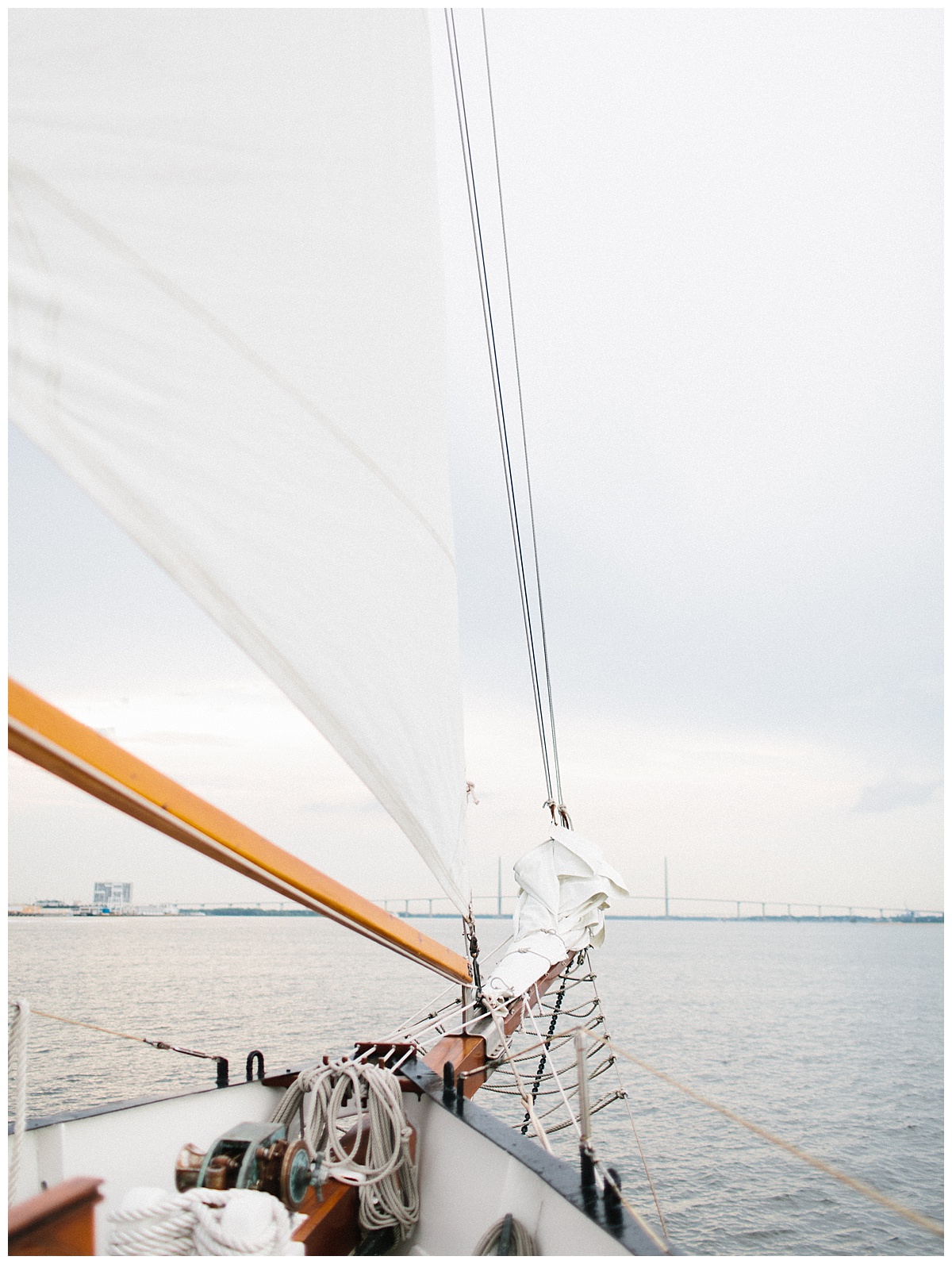 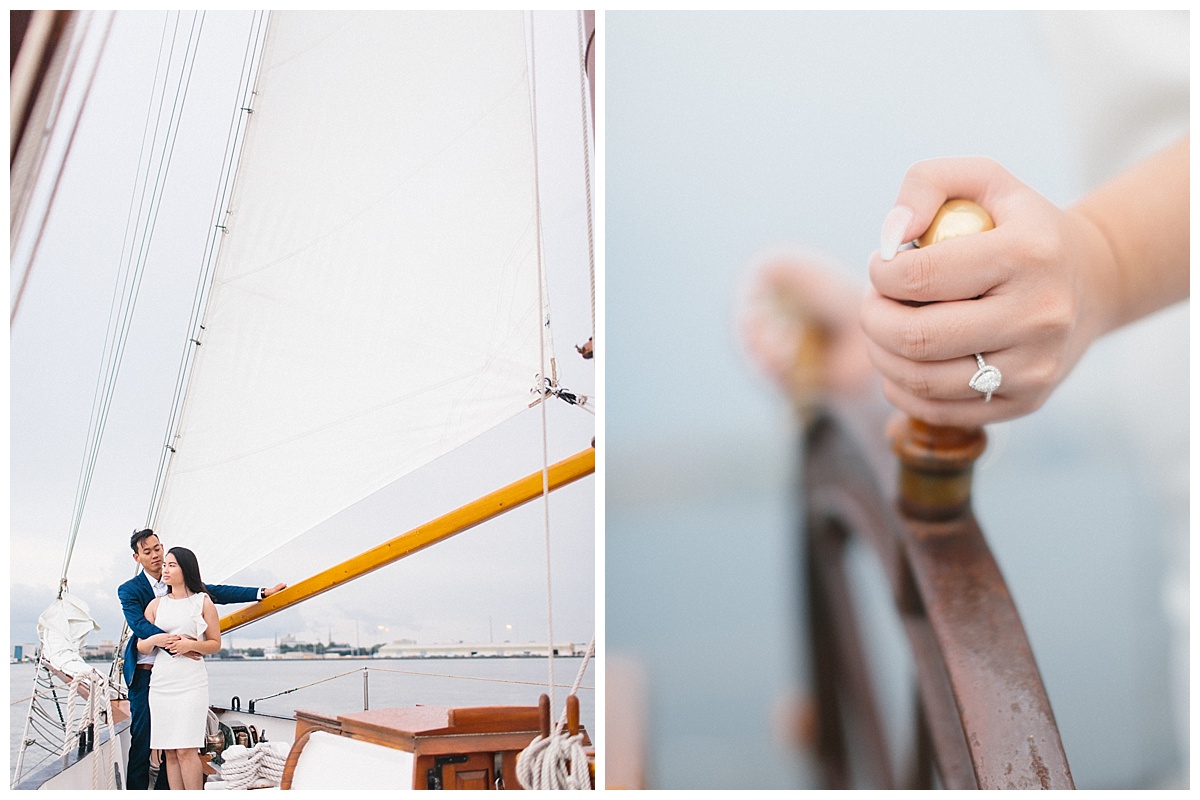 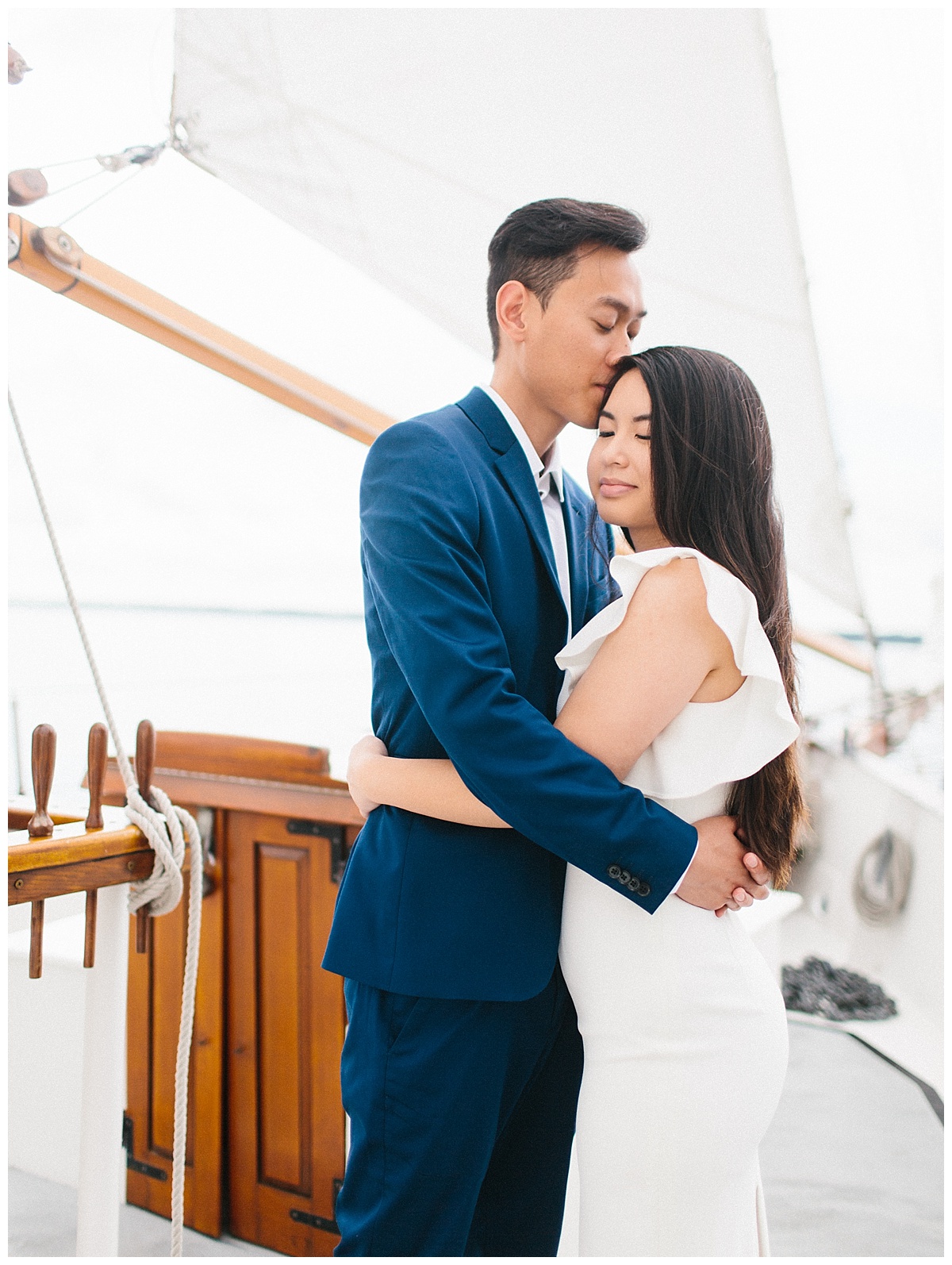 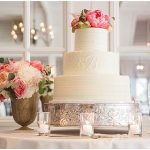 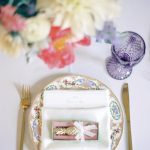 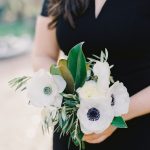 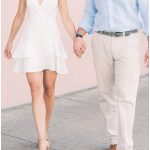 Charleston, Engagement, South Carolina, wedding, husband, wife, fiance, nautical
Welcome to The Wedding Row… Charleston’s ultimate resource for the most elegant and innovative weddings, along with all the posh details.