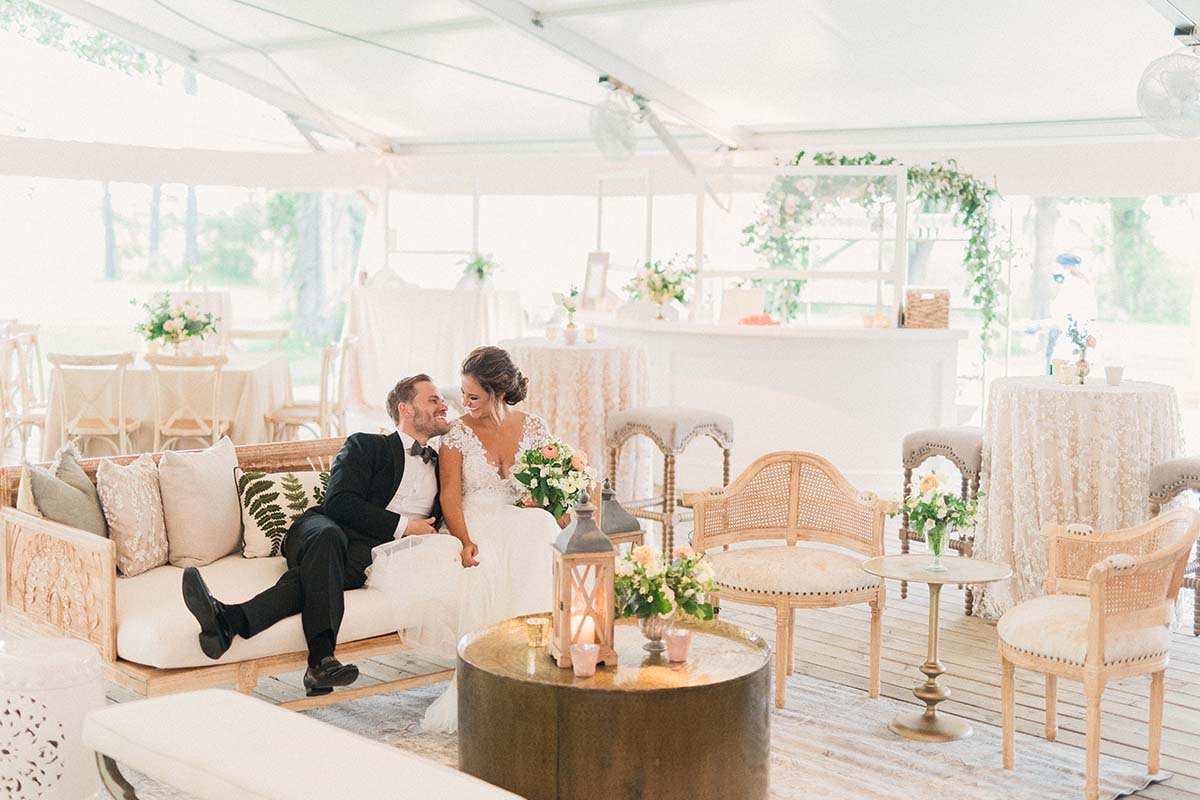 Like any solid relationship, Ali DuRant and Quinn Foster’s foundation began in friendship. They met at a July Fourth party on Sullivan’s Island in 2013. But it was a fated bus ride to a USC vs. UGA football game that love blossomed. The bus broke down on the return trip, but instead of stewing, Quinn made light of the situation by telling stories and had everyone in stitches. And the couple’s next six years of dating were no less full of laughter or excitement. Even their engagement was one for the books: During a trip to Europe, the couple visited Montenegro. Quinn had arranged a “guide” to lead them through the country’s oldest museum and up to a second floor balcony overlooking the stunning mountain-rimmed Bay of Kotor. There he dropped to one knee and proposed to his utterly surprised but delighted sweetheart. Swoon!

When it came to planning their wedding, the decision to marry in Charleston was a no-brainer. Though Quinn, who manages a vacation rental agency, is from Virginia and Ali (a first-grade teacher) is from Murrells Inlet, they had both lived in Charleston since 2007 and 2012, respectively. “I’d always envisioned getting married near water and surrounded by beautiful old oak trees with Spanish moss,” says Ali. They settled on Runnymede Plantation for their venue and called on event planner Haley Kelly to help them pull it off. 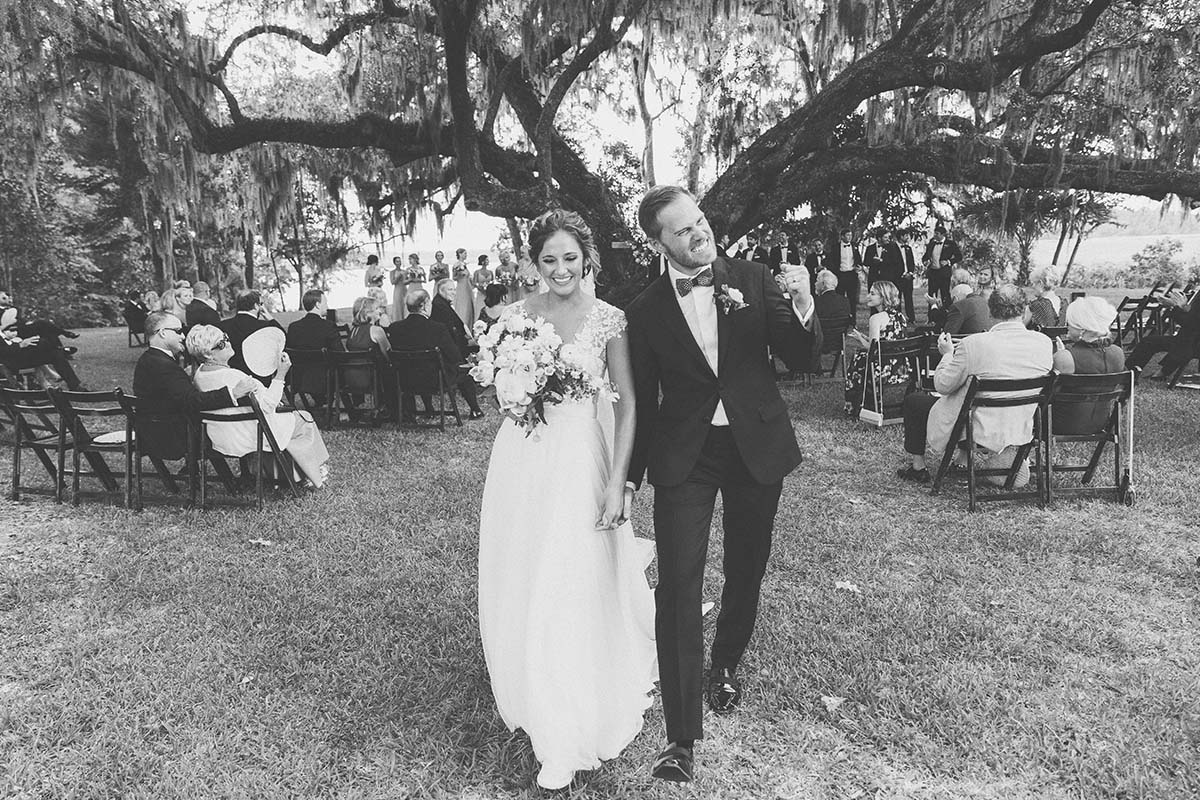 For their July, 2020 nuptials, the bride envisioned a semi-rustic wedding with natural accents, greenery and bright florals, romantic lighting, and a touch of glamour. To create a look that’s refined yet relaxed, Kelly worked with a neutral color palette and leaned heavily on texture, mixing linens and other fabrics. Even the wedding suite, designed by Prairie & Sage, incorporated texture and a natural touch by utilizing bark paper and botanical stamps.

The ceremony was everything Ali had dreamed. The couple exchanged vows underneath a thousand-year-old moss-laden oak surrounded by friends and family. They even enjoyed a private dinner under it as well, which gave them a few quiet moments to bask in wedded bliss.

The reception tent was nothing short of breathtaking. Elegant draping and a mix of hanging lanterns and chandeliers helped achieve the semi-rustic and glam aesthetic. The various textures, neutral hues amid pops of greenery, and a harmonious arrangement of traditional sit-down tables and lounge furniture created a breathtaking and welcoming environment. The table settings featured beautiful floral embroidered tablecloths from Nüage Designs, plates that mimicked the bridesmaids’ green gowns, letterpress menus, and tall centerpiece vases. And the late-night chocolate and Kahlúa milkshakes on offer and a sparkler send-off were the icing on the cake! (Keep scrolling to find the full list of vendors.) 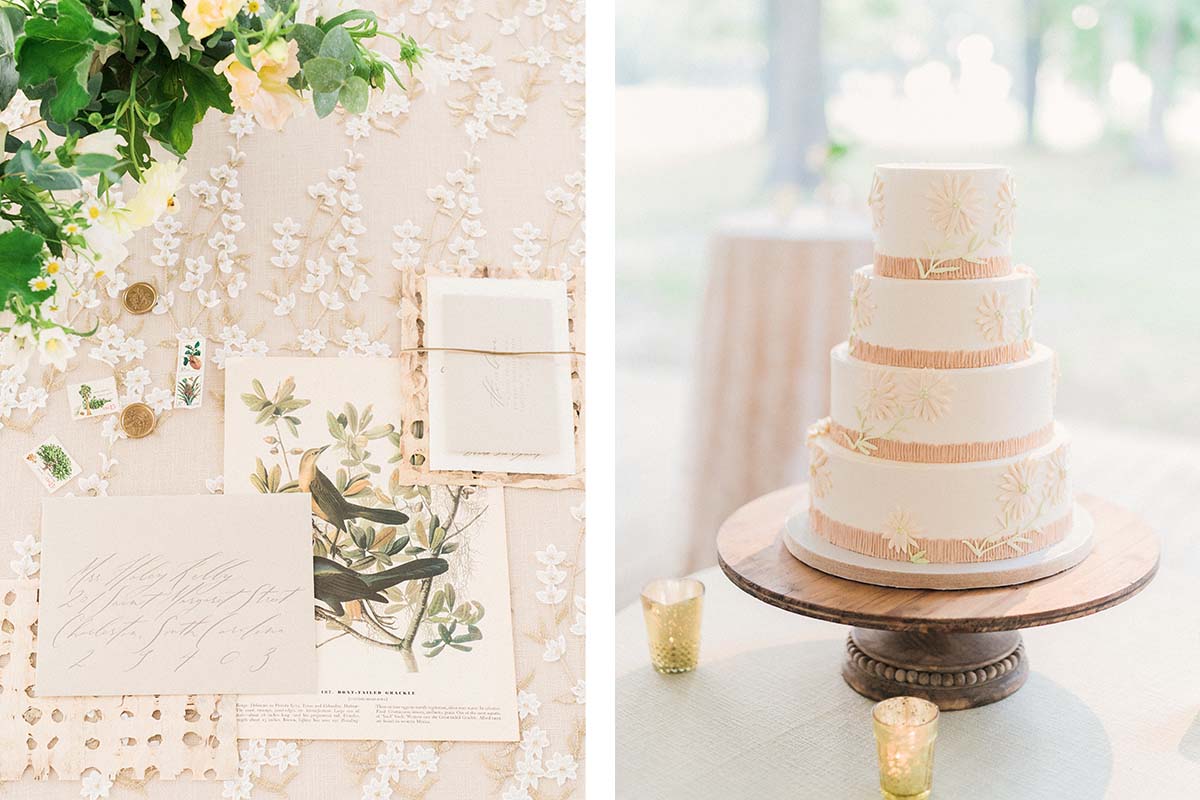 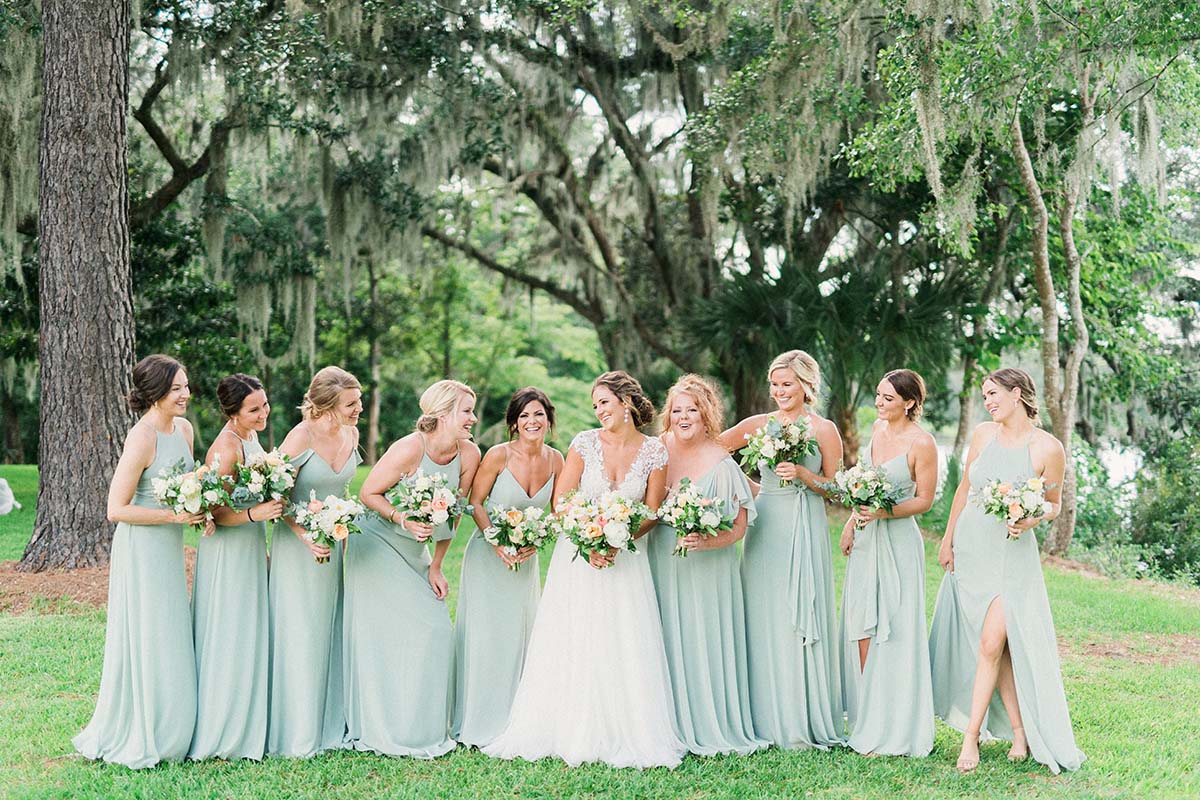 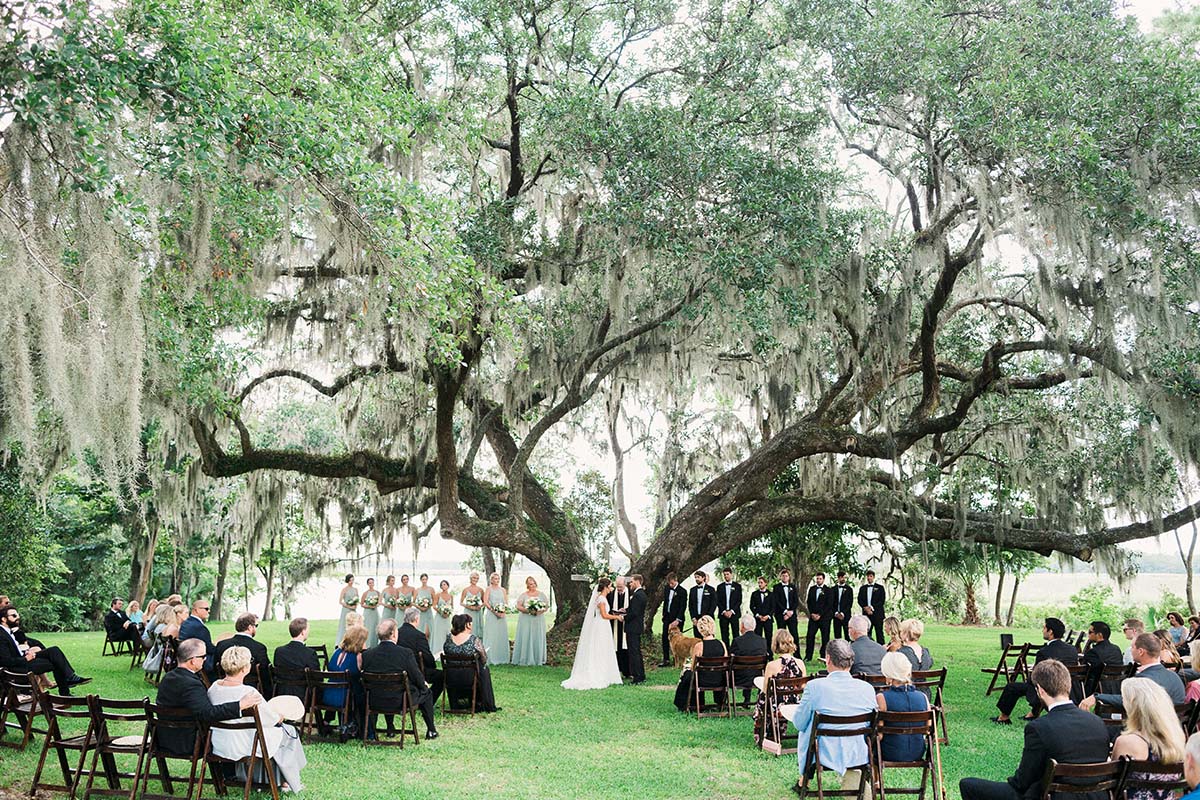 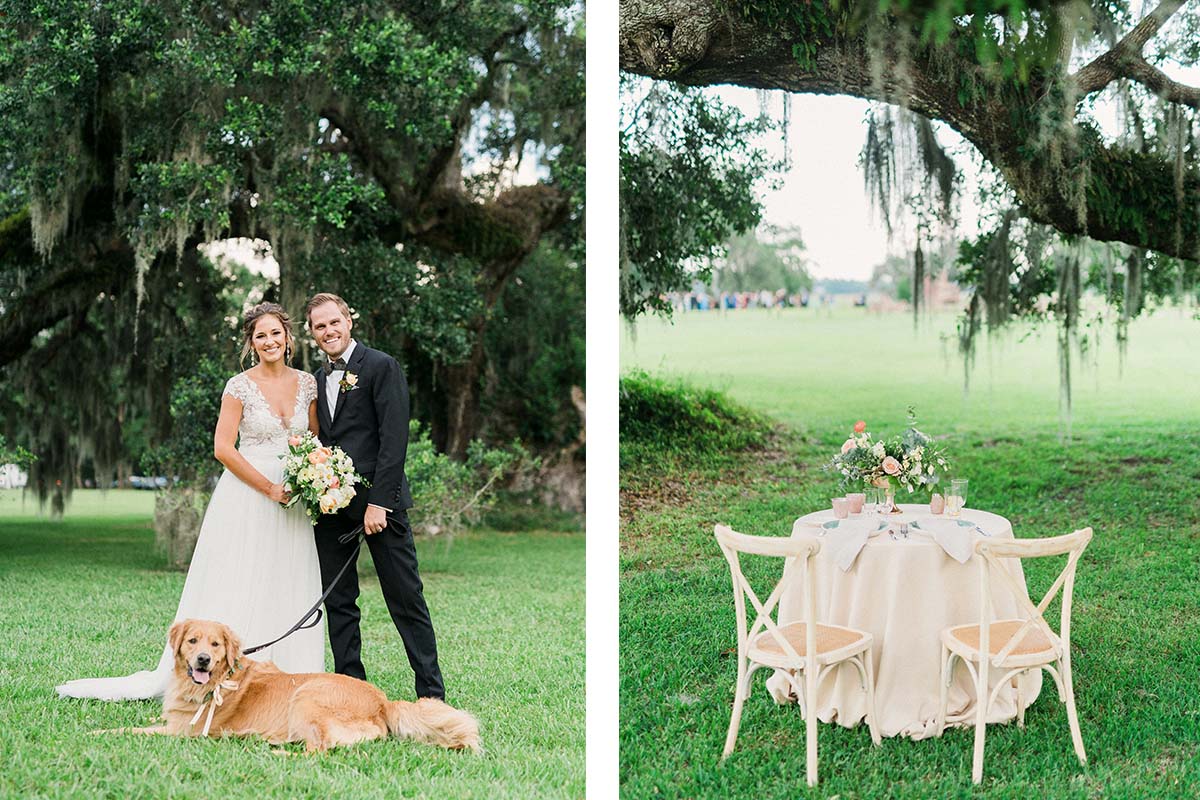 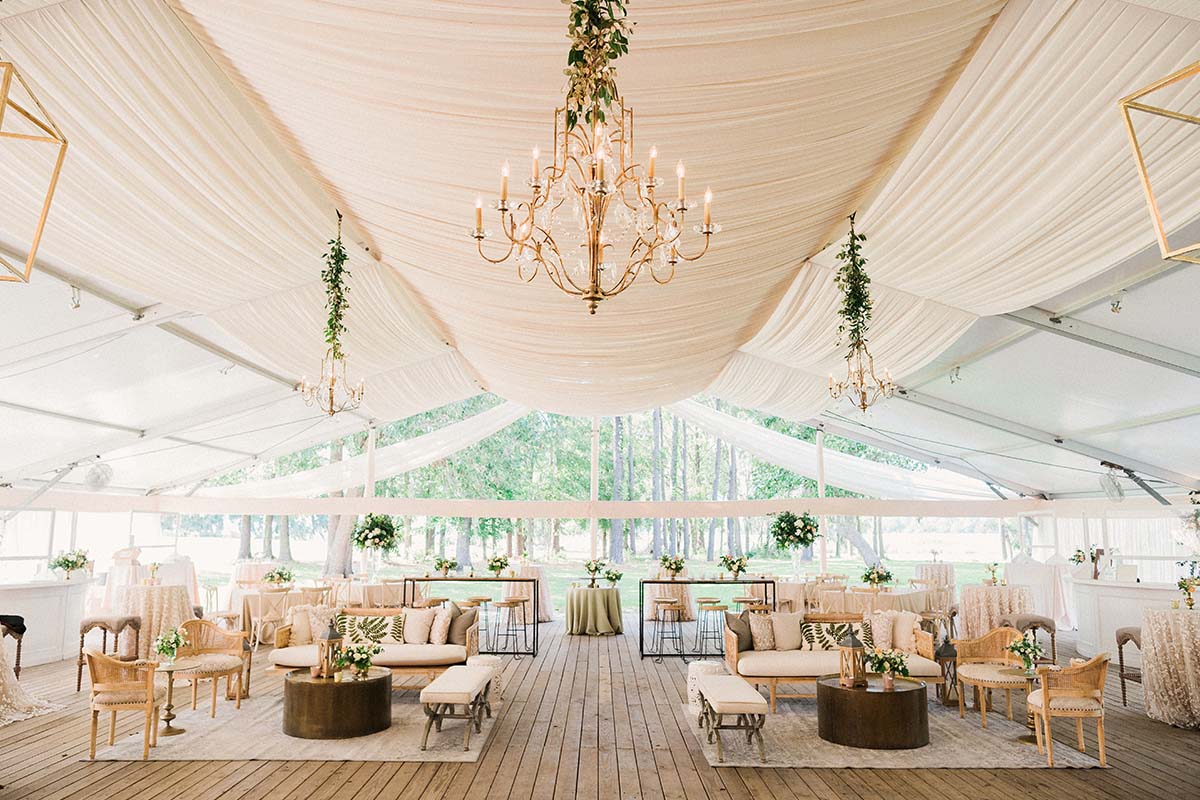 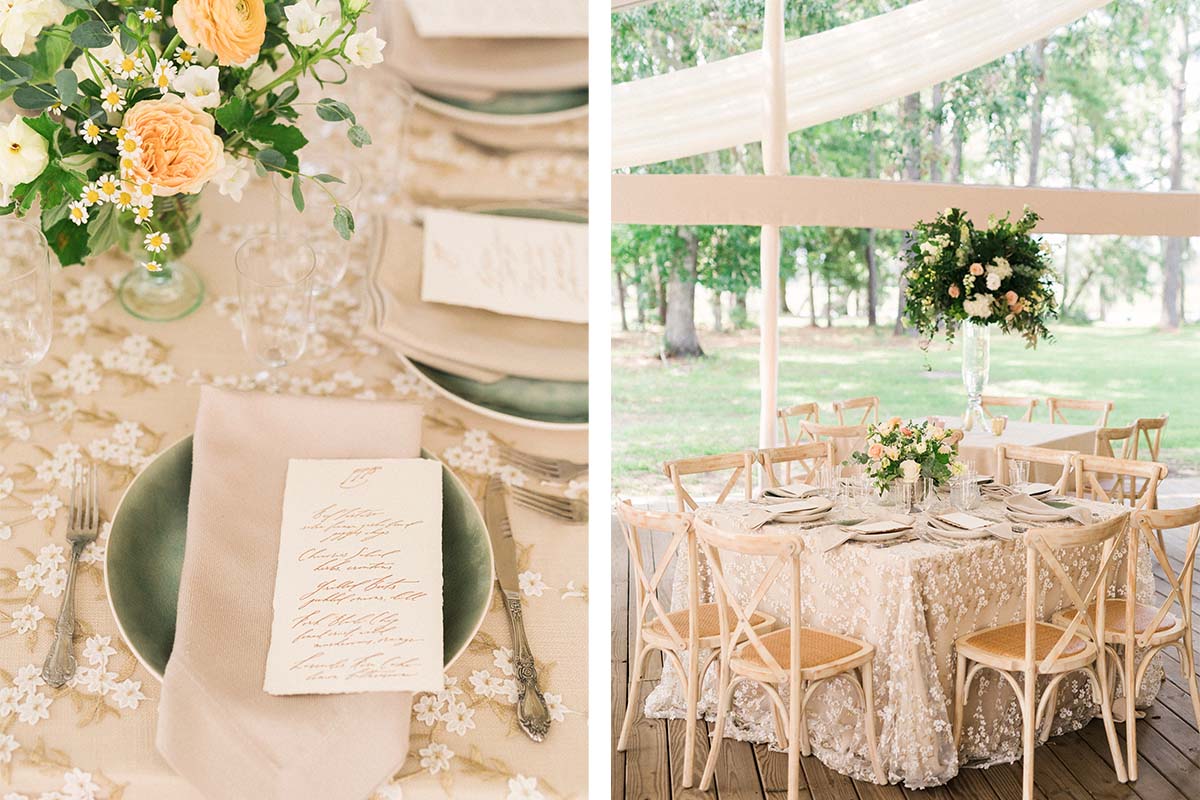 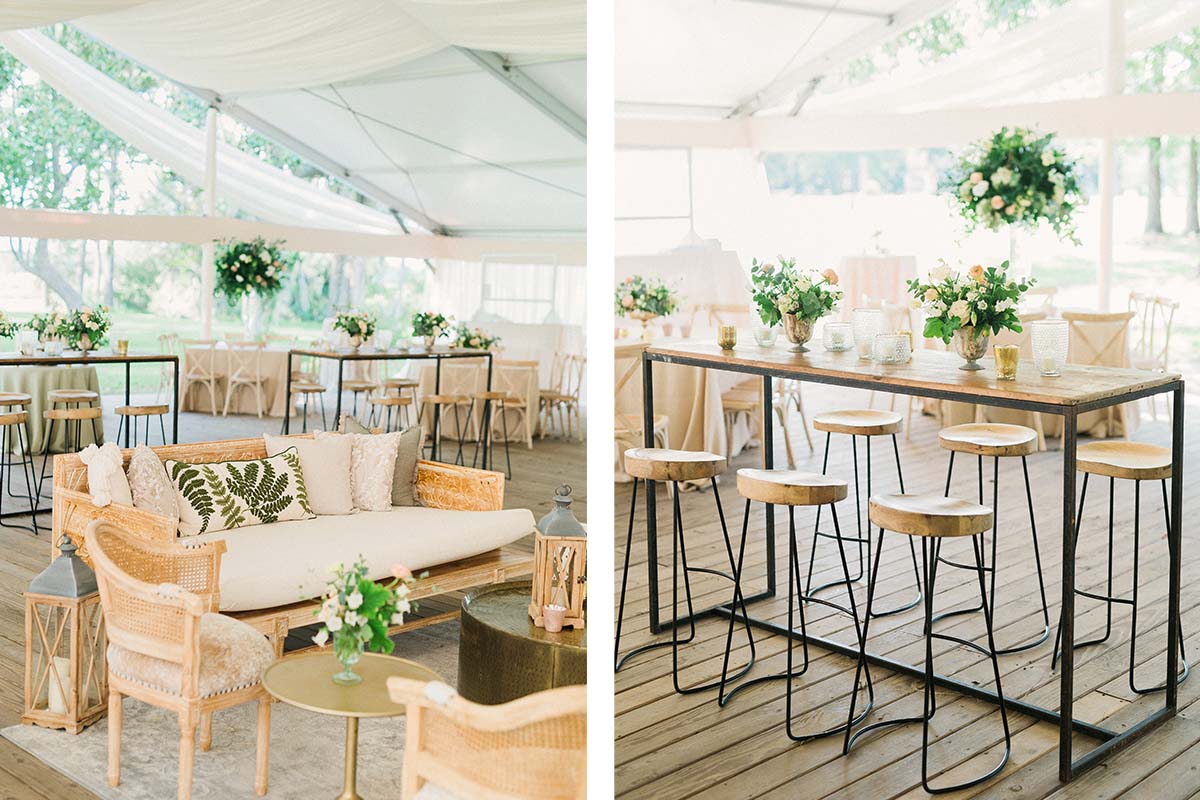 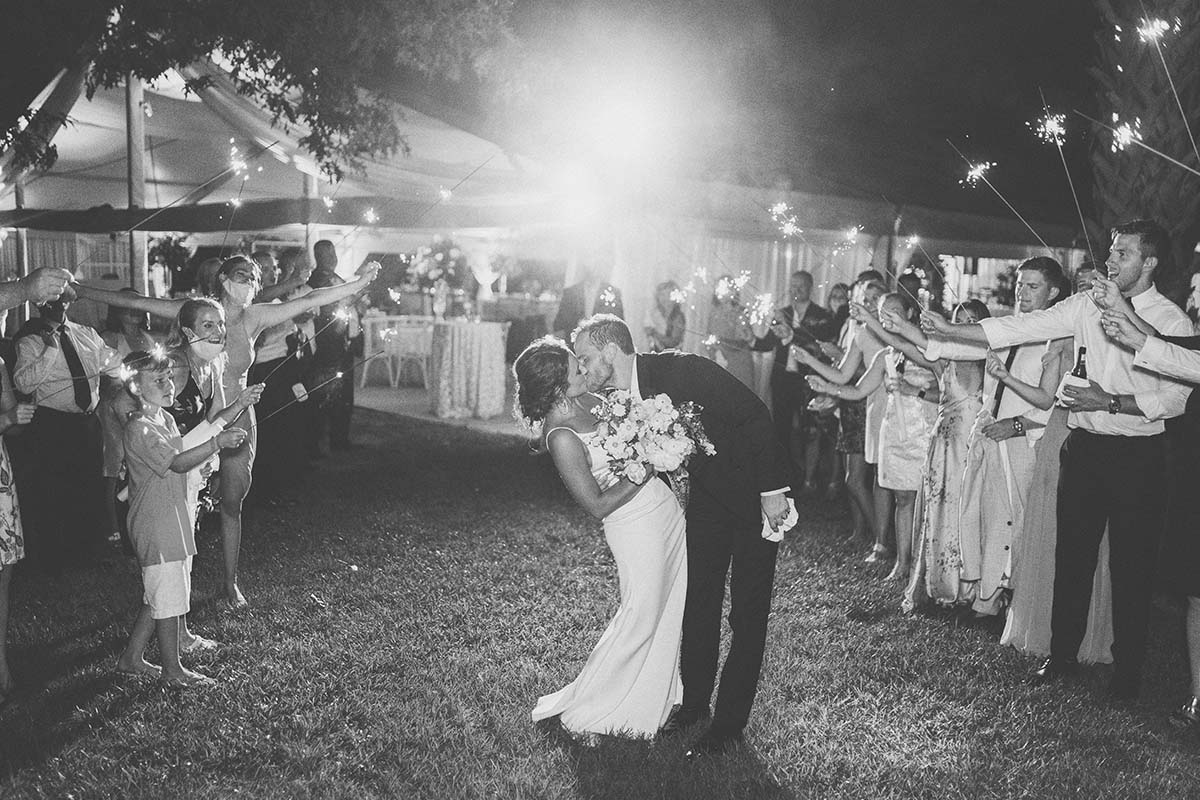 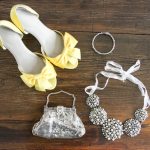 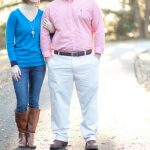 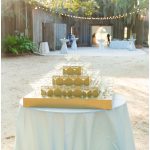 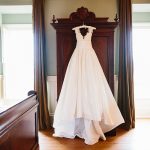 Elizabeth & Hewitt {Hibernian Hall}
By weddingseditor August 08, 2016
Welcome to The Wedding Row… Charleston’s ultimate resource for the most elegant and innovative weddings, along with all the posh details.